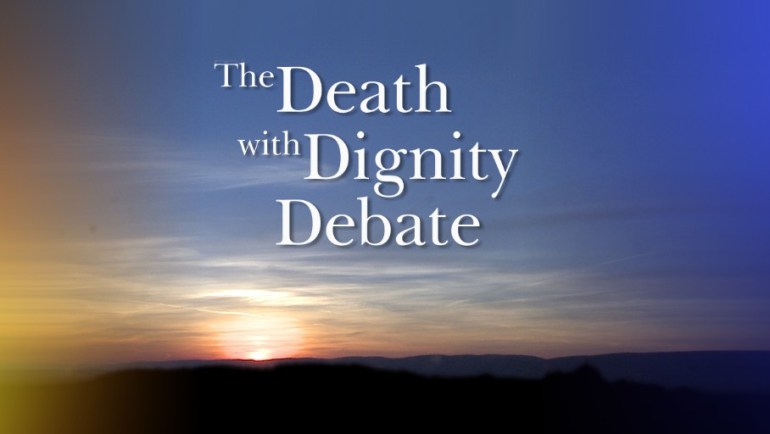 [I]n May of 2016, Judith Dale was diagnosed with incurable Stage IV colorectal cancer that had metastasized to her liver and lungs. Having taken care of her mother when she was dying of cancer and witnessing its ravages, Ms. Dale wanted to die with dignity, something the California legislature permits patients with a terminal illness to do.

California, like several other states, has an End of Life Option Act (EOLOA) which “allows patients who have a terminal disease (with a life expectancy of six months or less) to request a life-ending drug prescription from their doctor.” Ms. Dale sought to avail herself of her rights under California law.

Sadly, she was denied that opportunity.

Ms. Dale would not have chosen her physician and medical center where she was treated unless they agreed to “respect and help facilitate her right to a more peaceful death via aid in dying,” according to the lawsuit filed against the physician and medical center. That lawsuit claims that the medical center and physician committed elder abuse/neglect, misrepresentation/fraud, negligent infliction of emotional distress, and negligence by failing to assist Ms. Dale with her final wish as it promised it would do.

As a result of the defendant’s failure, Ms. Dale’s “final weeks were brutal” and she suffered a “horrific death,” according to the lawsuit. This unfortunate story, which will be resolved in the courts, presents an opportunity for long-term care owners/operators and all healthcare practitioners to learn from it.

If not, they fail to do so at their peril, risking legal liability, among other adverse consequences.

Currently, five states and the District of Columbia have a Death with Dignity Act or End of Life Options Act. Those states are: California, Colorado, Oregon, Washington and Vermont. Montana does not have a statute regarding physician aid in dying, but its supreme court has ruled that state law does not prohibit a physician from honoring the wishes of a competent and terminally ill patient to receive a prescription that will hasten death.

In the states noted above, in order to receive a prescription for a lethal dose of medication, the patient must be at least 18 years old, be a resident of that state and have a terminal illness. Additionally, the patient must make two separate requests from his/her physicians at least 15 days apart.

As a safeguard, in the states that permit physicians to aid in dying, the physician must certify that the patient is medically competent to make that decision. In some states, such as Colorado, the patient must be referred to a consulting physician to confirm the diagnosis of competency.

Mount Evans Home Health & Hospice, in Evergreen, Colorado, was one of the Colorado hospices that had to determine its position and develop a policy and procedure after voters in Colorado passed the State’s first End of Life Options Act last year.

“The Mount Evans Home Health Care & Hospice Board of Directors felt it was important to engage in careful and thoughtful dialogue into the many complexities of this important issue,” said Charley Shimanski, President and CEO of Mount Evans. “This included elements such as supporting our clinical staff, weighing the differing board member viewpoints, and considering other support mechanisms available to patients/families.

“At the same time,” he adds, “we feel strongly that regardless of the path a patient chooses, we respect their choice and will provide the same comprehensive compassionate hospice services to all of our patients.”

For example, the American College of Physicians notes in its position paper that it “does not support legalization of physician-assisted suicide” in part because it “fundamentally alters the medical profession’s role in society.” Likewise, the Society for Post-Acute and Long-Term Care Medicine/American Medical Directors Association’s (AMDA) official position is that “AMDA opposes any physician involvement in assisted suicide or active euthanasia of any person regardless of age.”

Notably, professional organizations seem to have an evolving position on the issue of physician aid in dying. For example, the American Academy of Hospice & Palliative Medicine takes a position of “studied neutrality on the subject of whether PAD [physician assisted death] should be legally regulated or prohibited.” The Colorado Medical Society also took a “neutral” position when the issue was on the ballot, noting, “Ultimately, Proposition 106 [Colorado’s EOLOA] represents the most personal of decisions that must be left to our patients to determine.”

Last Thanksgiving, I exchanged holiday greetings with Mona, a lifelong and dear friend. Days later, Mona’s sister called to say that Mona had had emergency surgery the day after Thanksgiving and then chose to be in hospice due to a terminal prognosis. I flew to the hospital/hospice facility in Nevada where my dear friend from childhood lay unconscious and slowly dying.

The “terminal morphine drip,” as it is referred to in medical community, kept Mona barely breathing and essentially unconscious for days. In spite of her decision for a hasty and dignified death given her terminal prognosis, she lingered in that unconscious state for days until she gasped her last breath.

As I held her hand, feeling completely helpless, I wondered if this slow ending was what Mona really wanted. Understandably, we may be reluctant to “let go” of loved ones but in the final analysis, each competent adult has the right to choose if he or she wants to die with dignity or soldier on and fight as long as possible.

In Mona’s case, she did not have the luxury of living in a state with an End of Life Options Act. And so it is with most terminally ill patients.

The most salient recommendation for long-term care providers is to have a well-reasoned policy and procedure, consistent with state law. If you are in the majority of states, the policy is straightforward: The law does not currently permit physician aid in dying, although that might change.

Consider how rapidly states began to legalize medical marijuana once that train left the station. For providers who are in states where physician aid in dying is legal, it is essential to have a policy that comports with your mission statement and values while respecting patients’ right. For example, hospice agencies in states with an EOLOA may choose to be “all in” and allow their medical directors and attending physicians to write the final prescription. Or, they may want no part of that process. Many hospices take a position in between the two extremes.

Few, if any decisions are as personal and far-reaching as the decision to end one’s life. Long-term care providers should be aware that it is likely that more state legislatures will enact End-of-Life-Options Acts. Until then, terminally ill patients will rely on the incredibly caring and competent long-term care providers, including hospices, physicians, nurses, and social workers, to ease their final journey.