There are moments when disease and political protest suddenly make dead bodies far more visible, here are five lessons they can teach us. 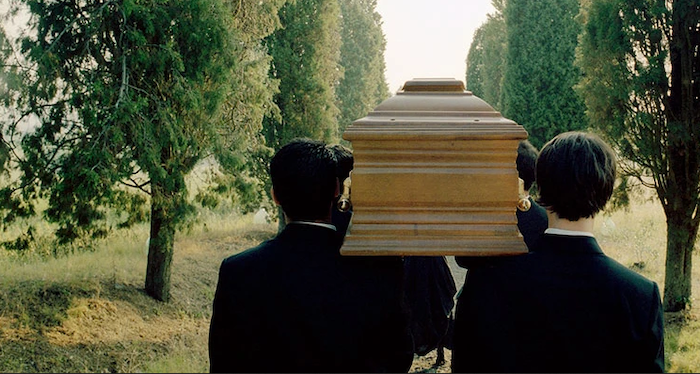 I grew up around dead bodies. In fact, some of my earliest childhood memories are of dead bodies in caskets, and I mean dozens of corpses — not the occasional family friend or relative. The reason I saw so many dead people was because my father was a funeral director for thirty-five years in Midwest America.

Fast-forward now through some strange twists of fate, and I am currently the Director of the Centre for Death and Society at the University of Bath, the world’s only interdisciplinary research centre focused on death, dying, and the dead body. Human mortality looms so large in my upbringing and academic career that my younger sister, Julie, is on the record calling me the Overlord of Death.

As a result of these labours, I published a book called Technologies of the Human Corpse in which I cover the history and meaning we living humans assign to dead bodies by using different kinds of technologies: embalming, photography, rail transport, science museums, detention camps, radical life extension, the list goes on.

I have spent many years trying to understand what the bodies of the dead can teach us about the living, and here are some of the lessons I have learnt.

When you see a dead body, you see causation. Some set of events or actions caused that dead body to be in front of you. Dead bodies do not just happen and require either an internal or external force (sometimes both!) to appear. Place a dead body in any situation and that situation automatically becomes far more serious.

One of the great 17th Century human inventions was the autopsy (literally ‘seeing for oneself ’), which stressed peering into the dead body to understand causes of death. The autopsy’s historical success is also one of the reasons we 21st Century humans find it so distressing when a cause of death cannot be determined.

How is an indeterminate cause of death possible, many people ask, with all our advanced bio-medical technology? And it is on this very ship 1,000 different CSI television programmes sailed…

But set aside the impossible forensics portrayed on popular television programmes for one minute, since we are living in a historical moment dominated by very real dead bodies with clearly defined causation.

Dead bodies teach us about politics

Human corpses invisibly surround we the living on a daily basis, so much so that under normal conditions approximately 1,700 people die each day across the UK.

But there are moments when disease and political protest suddenly make these dead bodies far more visible. The current visibility of dead bodies due to COVID-19 and the global protests around George Floyd’s death in Minneapolis are examples when human corpses become a catalyst for action.

Whether it is the over 550,000 COVID-19 deaths from across the globe or the singular dead body of one black man in Minneapolis – these human corpses create new political meanings when answering some fundamental questions: why is this person dead and what political dynamics led to the death?

In many ways we have seen aspects of the current COVID-19 dead body politics before. In chapter 3 of my book I focus on HIV/AIDS corpses and the postmortem political changes produced by that pandemic.

So, for example, a key question during the height of the AIDS epidemic was whether or not it was safe to touch the body of a person killed by the HIV virus. It was safe, but it took many years for that answer to arrive.

Historical examples of dead body politics and race also abound. George Floyd’s death is part of a much broader US context captured in the book Without Sanctuary: Lynching Photography in America (2000) that documents how white Americans collected photographs of lynched black people and turned those images into collectible postcards. I highly recommend this book to any white person wondering why so many black communities feel such rage and anger about their dead.

I describe lesson three as part of a National Death Infrastructure into which dead bodies are absorbed by any nation’s very local but also quite global system for managing human corpses.

Any National Death Infrastructure includes systems such as local cemeteries and city morgues alongside international air transfer companies handling postmortem repatriations. It is when those systems overload that we begin to see the dead bodies and cannot stop seeing them since there are simply too many corpses to store. The dead bodies must be moved somewhere.

The recent COVID-19 experiences in many cities, New York and London in particular, demonstrate how pandemics can produce mass fatality events that quickly overload the everyday death infrastructure and create the need for rapid adaptation. In these moments of emergent adaptation, we begin to see how quickly the dead really do impact the world of the living.

But many of us do eventually look away and forget about the dead bodies. In the not-to-distant-future, I have a feeling that the dead bodies created by COVID-19 will be forgotten about, especially by the people who did not lose someone close to them.

Here is a quick test – how many people have died from AIDS? The answer is 38 million and counting. That is an enormous number of largely invisible dead bodies.

Dead bodies teach us not to hide the dead bodies

Virological determinism is the concept I use to describe the current US and UK response to the COVID-19 pandemic, that is, we humans blame the virus for creating all the COVID-19 dead bodies as opposed to recognising human failures (and here I mean government leaders as much as anything) at mitigating the contagion.

This is similar to the way we use technological determinism to explain human problems by saying, “…the computer did it!” as opposed to accepting responsibility for our own actions.

COVID-19 created a whole new linguistic dynamic for 2020’s human catastrophes – blame the virus. Name a problem and the coronavirus caused it. And while this is correct in some instances, the virological determinist rationalisation only goes so far with dead bodies.

The sudden surge in COVID-19 dead bodies that overloaded National Death Infrastructures everywhere meant hiding the bodies was not possible. Most countries face a real dilemma right now with care homes since the number of dead cannot be easily glossed over.

Governments may try (and some will surely succeed) but here is a key rule: one dead body makes any given situation a tragedy. Twenty-thousand dead bodies make the same situation a mass fatality catastrophe.

Any government that attempts to hide these dead bodies, and here ‘hiding’ can also mean ‘not acknowledging,’ faces an immediate problem – all attempts at obfuscating the dead will only make their loved ones and advocates work even harder to name the deceased.

There is a parallel here, too, with the George Floyd case. The video recording of his death resonated so deeply because it showed his death in clear-cut terms that meant nothing was going to hide his dead body from public view.

Dead bodies teach us about grief and bereavement

I opened these five-lessons with my younger sister Julie calling me the Overlord of Death. Julie died on 29 July 2018 from brain cancer and I wrote at length about her death in the preface to my book. She died in Italy (where she lived), and took her final turn while I boarded a Milan-bound plane at Bristol Airport.

When I arrived at the hospice where she died I immediately asked to see my sister and was taken to her body. I spent a long time talking with Julie about how much everyone loved her and how much everyone would miss her.

I also suddenly found myself next to a dead body, similar in so many ways to my youth, but this time it was my sister. And sitting next to her dead body taught me what loss truly felt like, since I couldn’t just call my sister on the phone and tell her what was happening.

She was dead but that experience with her in the hospice meant that Julie would forevermore remain an active presence in my everyday life. And she is.