Issues around social media may feel new, but technology has always created conflict in the way we grieve. 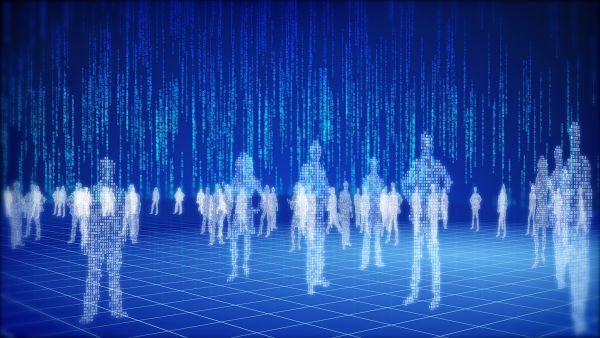 You were born. You will die. And now, thanks to the internet, you’ll be publicly mourned.

Loved ones will change their profile pictures to photos of you. Stories will be shared on Facebook, Twitter, Weibo, VK. People may even snap selfies of themselves attending your funeral.

As familiar as we’ve become with the digital world, we’re still in the midst of adapting to our emotion-filled existences lived online. As social media evolves, we’re changing the ways we interact. The result: new etiquettes and new normals for every aspect of the human experience.

“Over millennia, different communications media have affected and influenced how people relate to the dead,” says Tony Walter, professor of death studies at the University of Bath. “I see online mourning as the latest chapter in a story with a very long history and prehistory.”

Walter has tracked the evolution of grief back to the Stone Age. From the development of writing and mass literacy to photography and the recording of sounds and images, all had an identifiable effect on how we mourn.

Some academics see a strong parallel between grief on the internet and the advent of photography in the 19th century.

“That was revolutionary, this idea that you could have an image of the deceased,” says John Troyer, director of the Centre for Death and Society at the University of Bath. He’s also a member of the Order of the Good Death, a group of funerary professionals, academics and artists working to demystify death in a culture that fears it.

“Any new technology that gets used when it comes to death will almost always cause a momentary panic or freak-out,” he says. “Whatever the technology is, it just seems inappropriate.”

Post-mortem photos are considered shocking now in western culture, but there’s an ancient precedent for the practice. Taking likenesses from the bodies of the dead dates back at least to Roman times, when death masks were cast in wax. The masks would then be displayed at home and sometimes worn at funerals.

Death masks were used in more recent history, before the invention of photography, to capture a likeness of the deceased, particularly of important people. Some museums display death masks of notable figures, including the poet Dante and Napoléon Bonaparte.

A form of the Roman tradition of wearing the masks has returned on Facebook, where users in mourning often change their profile photos to those of lost loved ones.

The practice is also reminiscent of Georgians wearing black armbands, which served as visual signals the wearer was bereaved. Grief, experts say, used to be expressed in public.

In the modern world, however, our lives allow only so much time to mourn. Jobs keep us busy, families are on schedules. In the US, the situation is exacerbated because there is no federal bereavement law allowing people time off to grieve.

“I really believe that a lot of these social media mourning rituals are popping up because people aren’t able to mourn in public spaces the way that they used to,” says Candi Cann, an assistant professor at Baylor University and author of “Virtual Afterlives: Grieving the Dead in the Twenty-First Century.” “People have this need to be recognised as grievers.”

We’ve always talked to the dead.

Since the invention of the phonograph in 1877, people imagined audio recordings would be used to capture loved ones’ final words and preserve the voices of those departed. In private moments, we might even respond with “I miss you,” “I wish you were here,” or “You always knew what to do.”

This kind of talk has now made its way onto the internet. A message posted to a dead friend or a remembrance on a birthday demonstrates someone’s memory lives on.

“When people would go and visit the tombstone and they would talk to the deceased, now you’re seeing that on the internet,” says Cann. “It’s essentially this portable tombstone.”

Social media gives us the illusion that the dead are still among the living. You can go to a Facebook or Twitter profile to read the person’s posts and look at their photographs. You can address them directly and post on their timeline.

“Most people will address the dead directly in the second person,” the University of Bath’s Walter says. “They do it knowing other people are going to read this, which is really interesting because if you’re writing to somebody it sort of implies they’re there and in some kind of way hearing this or receiving it.”

One of the most contentious issues around online grieving is the funeral selfie. It’s just what it sounds like.

Mourners pull out their phones, snap photos of themselves and other bereaved, and post to their favorite social media sites. To many, it seems gauche, even self-centered. It’s the latest example of a new death practice and it feels shocking to some people. A famous Tumblr even documented the trend until 2013, when it stopped updating.

“I think it was just an easy way for adults to tut at youth, like, ‘My God what are the kids doing, the kids these days are being corrupted by the technology,'” Troyer says. “I’d be more surprised if younger people weren’t taking selfies at funerals, because that’s what the phone has turned into.”

For a generation that’s grown up with phones and social networking, Cann says the selfie is just another component of their visual diaries. She says she’s seen that in her own daughter, who had surgery when she was 6 years old and asked to have her photo taken as soon as the operation was over. She wanted to document that moment.

Funeral selfies are just another entry in what are public diaries. They say, “I’m here and this is an important moment in my life.”

There are much darker taboos than whether it’s acceptable to snap a selfie at Gran’s funeral, like the deaths no one wants to talk about. Miscarriage, sudden death, suicide, voluntary euthanasia.

These are “complicated deaths,” says The Order of the Good Death’s Sarah Chavez, who also co-founded Death and the Maiden and helps run Death Salon. Unlike the sad but expected death of an older person or an ill patient, these can be controversial endings that make people uncomfortable. The response to these deaths can be very different.

Rather than an outpouring of support, the bereaved can feel isolated — and sometimes worse, Chavez says, speaking from experience.

Three years ago, Chavez’s unborn child was diagnosed with a fatal disease. When she told anyone, even medical professionals, the reaction was same.

“From dealing with decisions to counselors to specialists to anybody who I told, there was an immediate recoil,” Chavez says. “No one wanted to face me or deal with me.”

It’s not always for the better.

Chavez said she scoured the internet for people who had experiences similar to hers. She found few. And those who posted their experiences overwhelmingly faced hostility.

A woman she knew gave birth to a stillborn child and, in her grief, got a tattoo of the child’s scan. She then took a photo and posted it to social media.

The response, from hundreds of people, was devastating.

People berated the mother, telling her “she should go die,” Chavez recalls. “Somebody actually said, ‘This is creepy wrong shit’.”

Private, safe forums have sprung up. Facebook groups have been created for people processing these deaths to seek support from others feeling the same emotions.

“Social media has really created this space for marginalized communities,” Chavez says. “It can make people feel like they’re not alone, there are others out there that are grieving with them, or are hurting, or are angry, or whatever those emotions are.”

Etiquette in all things

So how should you respond to bereavement online? It’s not very different from how you’d respond offline, says Daniel Senning, a manners expert and spokesperson at the Emily Post Institute, an etiquette organisation.

Those close to the deceased should be told in person, but social media is appropriate for making sure a person’s wider circle sees the news.

As for offering condolences, Senning says there’s nothing wrong with responding to the news of a death in the medium you heard it. But that doesn’t mean you have to.

Senning says a handwritten condolence note carries the most weight. “In today’s rich communication environment, in making the choice to send a handwritten note, the medium itself becomes part of the message,” he says.

As it always has, the way we mourn is evolving. The internet is democratizing grief, even if the technology leaves us uncertain. But it always has, if that’s any consolation.

“These are just new norms or evolving ones, some of which are quite old and some of which look brand new,” the University of Bath’s Walter says. “It’s difficult for people to kind of negotiate this terrain. But I think it always was.”