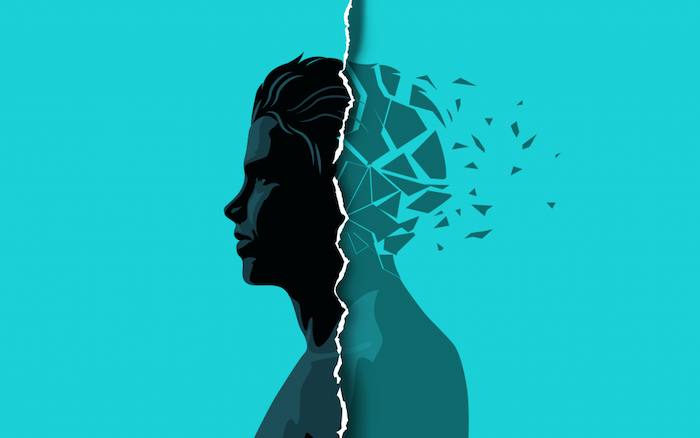 I denied my grief for 15 years. My brother, Christian, had disappeared in Africa while traveling alone in 2003. But he wasn’t dead. He was still alive, just having problems that meant he couldn’t or didn’t want to return home. That’s what I told myself.

Part of me knew, though, that he was dead. But those hulking great feelings of panic, terror and abandonment would only surface on anniversaries and birthdays. Then I’d bury them and concentrate on life again. I didn’t know what to do with these feelings. I couldn’t label them as “grief,” because we had no news to say he was dead. But now I can see I was grieving. Of course I was. I’d been abandoned by my soulmate, whether he was dead or not.

The label for this type of grief would be “anticipatory grief,” but when you’re in the throes of searching for a missing person it feels disloyal to accept grief. I had also invested too much of myself and my time in trying to find him, via social media and media exposure, to stop and admit it was a wild goose chase. I was determined to find him. I had not been abandoned by him, and I certainly wasn’t going to abandon him.

But that’s what I was feeling. Abandoned. Left behind. Lost without direction. Yet years later, in 2018, when I did finally accept that Christian was dead, I had no feelings of abandonment. Why? Well, he’d been drugged and drowned all those years ago — he’d never meant to abandon me, or anyone — and, although he is no longer in the physical world (and his body has never been retrieved), he and I have a closer relationship now than ever before.

It’s a leap for most people because of the cultural norms we hold about death being the end of life. The end of the relationship. Grief, I believe, has its roots in abandonment. If you think you’ve been abandoned, you feel lonely, angry, distrustful and fearful. Depending on how your loved one died, and the relationship you had with them, you might also feel anger, guilt, shame or any number of other emotions towards yourself, them or others.

Abandonment is something no one wants to deal with, so when death affects us (and no one is immune), we label it “grief.” Grief is commonly understood — it’s expected when someone dies. There are stages of grief; there are books written about it. But what if grief is actually one thought: “I’ve been abandoned”?

We’ve all been abandoned at some point in our lives, and it’s painful. The first time I lost Christian was when he left for boarding school; my trust in him, and everything, shattered. Loss affects us emotionally, socially, financially and mentally — the death of a loved one is no different.

“Why have you left me behind?”

“What am I supposed to do without you?”

Common thoughts; well, they were my thoughts anyway. But the reality of death, in our experience, is that Christian didn’t, and hasn’t, abandoned me at all. He’s still perfectly alive, just in another room.

To get a full connection, like Christian and I have, I realized we needed to clear the “gunk” between us, which means releasing the fearful feelings between us — the anger, the mistrust, the shame, the hurt. Death brings these unhealed wounds to the surface, even in the best of relationships.

Through mediumship sessions, we’ve been working through our sibling relationship for almost a year — understanding and forgiving each other — when he was still physically missing in Africa. He’d repeatedly told me he was so changed, after being in Africa for 15 years, and that it would be a shock for us all on his return. He wanted to know that he could trust me, that I would protect him and look after him. That I would still love him whatever had happened. As I told him I loved him whatever he’d done and whatever he was now, I felt the unconditional love passed between us.

With clarity gained, Christian’s been free to move into the Light. This might have felt like another layer of abandonment, but because there was/is unconditional love between us, Christian went from being my brother to being my soul-brother — a wiser, all-knowing, ageless and eternal presence in my heart. He’s still my brother in the way we speak with each other, in the way he’s with me and the way he interacts with others.

At this point, if you are grieving and can’t seem to move on, ask yourself, “Do I feel abandoned?” If the answer’s ‘Yes’, you may just have your key to healing…