After the death of someone close food can seem unimportant. Grieving can make us lose our appetite and the motivation to cook, but food can also play an important healing role in remembering those who have gone.

“It was very sudden. She had a problem in her leg and you think nothing of it, and then I got a phone call saying she was in hospital and she had cancer,” he explains.

“It was a huge shock and just five weeks later she was gone. She taught me to appreciate the little things in life, so I have managed to deal with it well.”

In his kitchen, the smell of cinnamon fills the air, as he has been making bread pudding. It is a dish that holds wonderful memories of his mother, and he has been trying to replicate it.

“She used to make it using crusty bread – to use up the stale bread,” he says.

“I’ve left the bread to soak in the milk and the eggs overnight, rather than for just an hour. I just want to get it as close as I can to the way she made it. Hers seemed to cook browner than mine.

“Mum used to make it as a gift for friends a lot. I’m not sure if she liked it that much herself but friends would rave about it and loved her way of doing it and practically beg her to make it.

“Growing up I was interested in cooking and she’d sit me on the kitchen surface as she made cakes and tried new recipes.”

Clinical psychologist Dr Claudia Herbert says cooking can have restorative powers for those grieving, once the initial pain is overcome.

“Food is a connective aspect in our lives and they would have probably shared many experiences that would have involved the preparation, shopping for or sharing of food and taste experiences – this can lead to memories which can be triggered in a positive or negative way,” she explains.

“It may lead to sad or bitter reaction earlier in the bereavement process, but later on a reminder may connect them to the loving memories they shared.

“It can give them a sense of comfort and eating the food may bring them back to the good times they enjoyed.”

Many people have memories of loved ones tied up in food.

For me, Sunday afternoons at Grandma Joan’s were a wonderful time, and she always fed us well, and taught us how to bake and decorate cakes (and how to clean up afterwards).

I lost her several years ago and shepherd’s pie is a comforting food for both my sister and I, which reminds us of her. 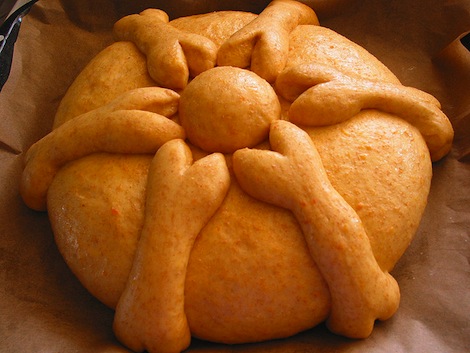 Mine never quite tastes as good. I wish I’d listened more carefully to her instructions, but I will keep trying.

I know others still trying to conjure up the magic balance that emulates their grandmother’s goosnargh cakes (a type of shortbread), gravy, or pea and ham soup.

Keen cook and food blogger Bridget Blair has already thought about how to preserve the culinary influence of those close to her.

She has compiled an album of treasured recipes from friends, relatives and neighbours which she shares with her children, and plans to pass down the family.

The battered book is covered in splatters and fingerprints but each recipe has a story attached.

“I do have that smug factor because not everyone has these recipes,” says Lucy Blair, her daughter.

“These have been handed to us by someone quite special and not just some bloke off the telly.”

But sometimes the early painfulness of losing someone special can remove the pleasure of food, and leave people unmotivated to cook.

Some hospices now run cookery courses to help relatives in the bereavement process, like at the Hospice of St Francis, in Berkhamsted, Hertfordshire.

I went along to meet six people, who had all lost someone, and watched as they cooked a dinner of lasagne, goats cheese and herb bread and trifle – dishes they had asked to learn to make and which they ate together.

Some of them had started with no cooking skills at all, having lost a partner or parent who took on that role.

“I’d been struggling for a year before I came on the course – eating takeaways, not proper food, and putting on weight,” says course attendee William Knight.

“My mum was a very good cook so I’d let her get on with it, but unfortunately that meant I didn’t get the experience.

“I would go in a kitchen and panic – I could burn water. By the end of the first day on the course I had learnt more than I thought I ever would and now have confidence to cook,” he says.

Jo Ash lost her husband a year ago.

“You don’t want to do anything as you’re in a bubble,” she says.

“It was far worse than I thought it would be – I’ve lost family members before but never a partner – it’s like losing half of your own body.

“You just get to a stage where you can’t make anything because it’s showing a form of love and you just can’t do it. This has helped me get cooking again and get interested.”

Geoffery Wicks lost his wife a year ago and has since learned key skills and has mastered several dishes including a personal favourite, trifle.

“I’m of that generation of men who hasn’t a clue and his wife did all the cooking. I found myself unable to do anything except open ready-made packets. I became an expert at that,” he says.

But the course has meant he has been able to embrace cooking and find enjoyment in life once again.

“My dream is to do a roast dinner as I’ve never been able to do that. Last week I made a ‘coq au vin’ – yes there are pictures to prove it and they all enjoyed it.”