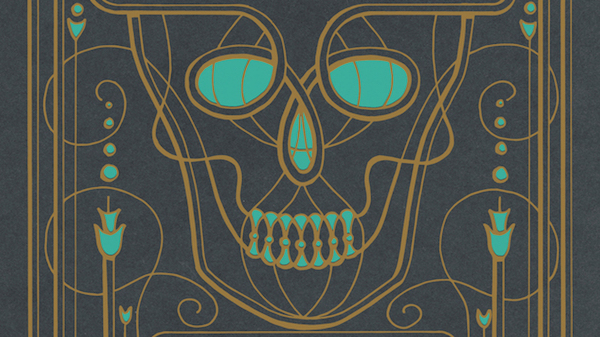 The question of what happens when we die—in a literal rather than philosophical sense—haunts many of us. But few have made it the focus of their life’s work like Caitlin Doughty. An advocate for shifting the conversation about the “right” way to care for deceased bodies, Doughty owns a Los Angeles funeral home and organizes events where people discuss death with a range of approaches. Her latest book, From Here to Eternity, explores death culture around the world, illuminating the many ways to hold a funerals.

Doughty describes herself as having always been interested in death, but it was after studying Medieval History that she wanted to learn in a more hands-on setting. “When I graduated from college,” she says in an interview with Paste, “I decided that I wanted to see what real dead bodies look like and how they were being taken care of and disposed of.” She found an opportunity when she got a job at a crematory, where she immediately felt a connection to the work. “It’s hard to describe to people, but really from the second that I started working at the crematory, it was like, ‘Oh, this is what I’m supposed to be doing.’”

Doughty immediately recognized that the knowledge gap between the funeral industry and the general public is significant; she says no one quite knows what happens with a body after death. So not only did she want to learn more about the American way of death, but she wanted to talk about it with others. Her first book, Smoke Gets in Your Eyes, chronicled her journey into the funeral industry. And if she needed any indication that people were willing to listen, the fact that the book was a bestseller suggests that there is a desire to learn more about what takes place behind the scenes. 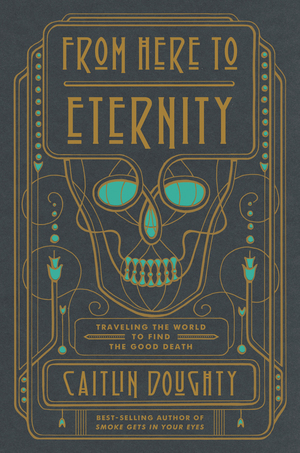 Doughty received a similar response a few years earlier when she founded the Order of the Good Death, an organization dedicated to expanding our understanding of and comfort with death. The organization established a space where everyone from academics to creatives could discuss death. “I was trying to create a community around death, and over the years it has become a resource. It’s hopefully a place where the culture of silence around death can, even just for a moment, be broken.”

Breaking the culture of silence around death is the heart of From Here to Eternity. Each chapter focuses on one or two cultures that handle death in unique ways. In Indonesia, Doughty watched as mummies were taken out of special house-slash-tombs to be feted. In Japan, she visited hotels where families spent time with loved ones’ corpses before cremation. In Colorado, she witnessed an open-air pyre where the community came together to honor the dead. In Bolivia, she made offerings to skulls called natitas, which were dressed up and paraded in the streets during the annual festival in their honor.

Doughty’s mission with her new book is to start a conversation about death in other cultures in a way that says something about U.S. funeral culture, and she wants to communicate the significance of rituals other than our own to combat a lack of cultural relativism.

“I see over and over again people talk about American death tradition, like embalming and burial in a big vault underground, and not liking that at all,” Doughty says. “But at the same time, whenever they heard about something that goes on overseas, they’d go, ‘Ugh, that’s so disrespectful and morbid.”
From Here to Eternity humanizes rituals that might otherwise seem unfathomable. “Even the things that are so out there by our standards feels so normal when you’re there. I wanted to get across that just because it’s not what you do doesn’t mean it’s weird or morbid or should be disparaged.”

Doughty’s text about the way families interact with their deceased loved ones is incredibly moving. But she doesn’t lose sight of her own role as an outsider observing a deeply intimate ritual, and she even talks about the ways in which death tourism has become an issue in countries with well known ways of handling their dead.

“You go into it thinking, ‘I have the best intentions, I’ve spent my life researching these things.’ But the family doesn’t know that,” she says. Doughty relied on local contacts and close friends, who could make sure she didn’t overstep while families were grieving. “The places I chose to go were places I had some in, whether that was a local guide or a person I know who travels all the time to these places.”

While the book has an international focus, the message is clearly one of a domestic nature. The shadow of how the United States handles death is always present, and Doughty dips in and out of her travel narratives to contrast what she sees with what she experiences in her own work. She also questions the very foundations on which the United States has built its funeral industry, including supposed health concerns that have led to profit-driven models of post-death care that many funeral homes require.

Doughty ultimately wants to change the way we talk about and experience death for a simple reason: she regularly hears about how frustrated Americans have been with their own experiences grieving loved ones. “This is my country and my own industry that I work in and own a funeral home in, and it doesn’t seem to be working for a lot of people,” she says. “If I didn’t hear that again and again, I wouldn’t keep doing this work.”

Doughty doesn’t advocate anywhere in the book for one system over another, but she does reveal that the U.S. system as it exists is deeply flawed. Her goal is to explore better ways to handle death, and in this, From Here to Eternity succeeds.