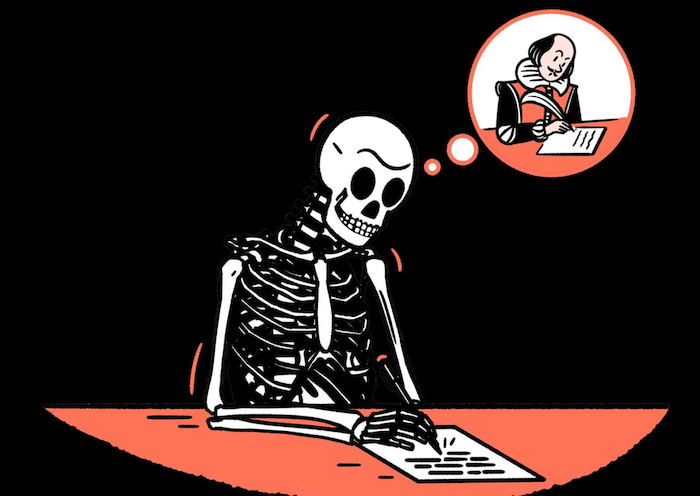 On a Monday evening in September, seven people gather at the Rhizome, a house that has been converted into a community arts space in the District’s Takoma neighborhood. They range in age from late 20s to early 70s, and come from an array of professions — nonprofits, woodworking, think tanks. They’re all here tonight for an unusual writing exercise: one where people — typically of the healthy, non-dying variety — hammer out the text for their own obituaries.

The group’s facilitator is Sarah Farr, 43, a trained death doula who provides companionship and guidance to the dying. In the spring of 2017, she formed Death Positive DC and began hosting regular events: “death cafes,” where people sit around and chat about death, often over cake; and obituary writing workshops like this one. (Death cafes are free or donation based; obituary writing workshops cost $10.) She also operates a Facebook group with about 600 members.

Farr opens the workshop by tracing the history of obituaries in American journalism and outlining their shifting cultural significance through major events such as the AIDS crisis and 9/11. She encourages the group to think about how the advent of social media and memorial websites like Legacy.com have changed the way deaths are reported. (She notes that two-thirds of people who die in America get a Legacy.com page.) She shares examples of funny, viral obituaries — one simply reads, “Doug died” — and dives into the ethics of adult children publishing unflattering obituaries of their parents.

She also brings up the role that race and gender have historically played in the obituary sections of prominent newspapers. She mentions the New York Times project Overlooked, which started in 2018 and features obituaries of women and people of color whom the newspaper neglected to write about when they died. (Entries include journalist and anti-lynching advocate Ida B. Wells, transgender activist Marsha P. Johnson and poet Sylvia Plath.)

Then, educated about obituaries and ready to craft their own, the participants are set loose. They wander to different corners of the house or outside to the porch — and they begin to write.

Obituary writing workshops are part of an expanding suite of events and activities that fall under the umbrella of the “death positive movement.” Based on the belief that cultural avoidance of discussing death is harmful, the movement encourages people to speak more openly about dying. It had been rumbling for several years before it gained a name and solidified into an official movement. In 2011, a man named Jon Underwood — who would later die at age 44 — held his first death cafe in his basement in London. He envisioned the meetings as a refuge from what he saw as a pathologically death-averse culture.

That same year, a mortician named Caitlin Doughty started a popular YouTube channel, “Ask a Mortician,” which she used to spread information about death acceptance and to combat death anxiety. It was Doughty who, in a tweet, coined the term “death positive” as a play on the phrase “sex positive.”

After Underwood and his mother published an online guide for holding death cafes, the idea quickly spread and was enveloped into the growing death positive movement. Since then, according to Death Cafe’s official website, there have been more than 9,700 death cafes held in 66 countries. Anyone can host their own death cafe, as long as they abide by the official guidelines set out by Underwood.

The movement is growing here in Washington as well. Farr has seen attendance at her death cafes rise markedly over the years. Her first death cafe, held in November 2016, saw about 15 attendees. Recently, her meetings have topped out at 50, even in the rain and during the cold winter months. She remembers that just two years ago, there were very few death cafes in the region. Now, the Death Cafe website lists up to four or five per month in the D.C. area.

After about 20 minutes, Farr calls the group back together. Attendees take their seats and Nadia Raikin, 60, volunteers to share what she’s written. As she reads, her dry, cool humor is palpable: “Well. I am dead now. But at least I lived for a while, which is better than nothing.” She pauses to smile as a chuckle goes through the room. “But I’m happy I got to experience life and that my mom, upon blessings of my grandma, decided to keep me. I was born out of a force of nature. I guess I died when nature or God called me back.”

An older man named Chris is next. “Chris lost his life in a car accident on November 1st, 2020, nine days before his birthday. He was 75,” he says as the others listen attentively. Tall with gray hair, he speaks in a gentle, straightforward voice, sketching out the story of life, marriage and work.

“He was a humorous, easygoing man who drank a little too much but never caused any trouble when the drink got the better of him. He always felt intense empathy with the underdogs of the world, which he felt a member of. But he was happy and comfortable with this identity.” He stops reading abruptly and looks up from the page. “Anyway, blah, blah, blah. What did you all think?”

After a few more people share their obits, the group breaks for another round of writing. For the middle-aged and younger participants, writing their own obituaries can be a forward-looking exercise. Jill Eckart, 40, says, “I took it as an opportunity to create what might be possible in the next half of my life. I have about hopefully 45 to 50 more years left. With the end in mind, what do I want that space to look like?”

By now, the sun has set behind the apartment complex across the street. Seated on the old wooden porch, Carter Rawson, 50, speaks of how the impulse to document his life seems to come naturally to him. “I’m biased because I’m a historian,” Rawson says. “I like to read about a life well-lived.” He continues: “I’m not the most interesting person in my family, and I’m never going to be. But if you go to a yard sale and see disembodied old pictures, you wonder what their lives were about. I just felt I would want to do someone the favor of actually giving a narrative — being that one photo that had a story taped to the back of it.”

“I loved it,” Farr says. “I think it could be a great jumping-off place for a memoir.”