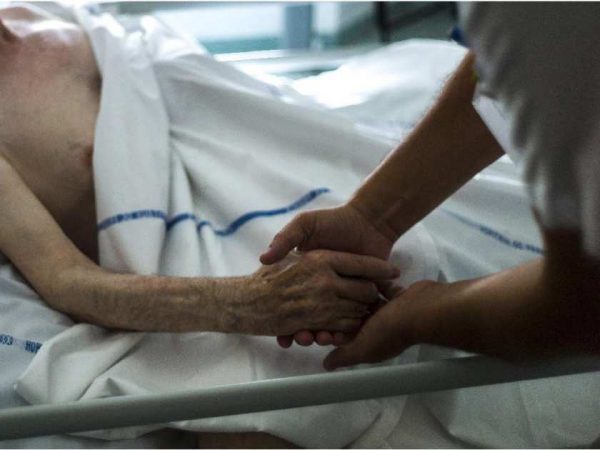 [A]t the end, Hugh Wallace still remembered there were 43,560 square feet in an acre.

Surrounded by family on April 19, just before a lethal cocktail was administered to legally end his life, making him the first Albertan to do so in this province, his son asked him the question he feared he may one day not be able to answer.

“Hugh always said if he got to the point where he couldn’t remember how many square feet were in an acre, he didn’t want to go on,” said his widow, Evie.

“At the end, he scored the winning goal in the last second of play.”

Alberta Health Services this week revealed 31 Albertans have so far been granted physician-assisted deaths, two dozen of those coming after the federal government lifted the legal prohibition against the practise in June, following a 2015 Supreme Court ruling.

Wallace, who at 75 had endured a quarter-century of multiple sclerosis before contracting aggressive lung cancer, was an engineer, and at his heart an uncompromising pragmatist, said Evie, who has since become an advocate for assisted death, speaking around the province.

“He wanted to go out with his brain intact,” Evie said.

“He didn’t want to go out in a coma, with a catheter and wearing Depends. That wasn’t him.”

Wallace, like a handful of trailblazers before him, had gone before the courts earlier this year seeking an exemption against the law outlawing assisted death in the Canadian Criminal Code.

In February, Hanne Schafer became the first Alberta woman granted the legal right to take her own life, but, after struggling to find a doctor in her own province, had to go to B.C. for the procedure. A second Alberta woman also went to B.C. to have a doctor assist in her death after a ruling in May.

But Wallace was able to find an Alberta doctor willing to help him die on his own terms, opening the door to others seeking the same release. As of Tuesday, the lead for medical assistance in dying preparedness for AHS, Dr. James Silvius, said two to four patients a week are taking advantage of the service, numbers he admits are somewhat surprising.

Evie said though her husband was suffering in the waning days of his life, he found some comfort in being able to have some control of how he passed on.

“It was an incredibly positive experience,” she said. “He was able to say his goodbyes to everybody and the doctors were fantastic. They were amazing human beings.”

Evie added the doctors involved in his care had meetings with both family and Wallace privately to ensure there were no signs of coercion before he underwent the procedure.

While her family’s experience was positive, the 73-year-old widow noted those who choose assisted death need to make sure everybody’s on the same page, and there are no lingering issues to resolve.

“It’s something for people to really look at their family dynamics before they go through with this,” Evie said.

“If there’s a lot of unfinished business in a family, it’s fertile ground for explosions.”

After 51 years of marriage, Evie said she is left with wonderful memories of the man she deeply loved, and not a shadow of regret about watching Hugh end his own life.