SOME PEOPLE JUST want to die. Not because they are trapped by depression, anxiety, public embarrassment, or financial ruin. No, these poor few have terminal illnesses. Faced with six months to live, and the knowledge that the majority of those 180 days will be bad ones, they seek a doctor’s prescription for an early death. 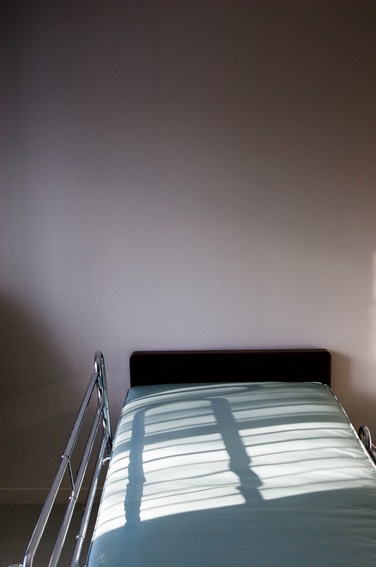 Soon, terminal patients in California could have that option. Currently sitting on Governor Jerry Brown’s desk is a bill that, if signed into law, would allow doctors to prescribe life-ending drugs. Not surprisingly, this is controversial. Proponents believe the law would save diseased people from the worst days of their prognoses. Opponents say the law violates the sanctity of life, and can be exploited by ill-meaning family, physicians, and insurance companies at the patient’s expense.

But there’s a third group who believe this debate misses the real problem: that the American health care system is just an all around miserable place to die.

In the 1990s, Dr. Jack Kevorkian’s name became synonymous with so-called assisted suicide. He argued, famously and flamboyantly, that patients should have the right to euthanasia if the suffering from age, disease, even mental illness overwhelmed their will to live. “The patient’s autonomy always, always should be respected, even if it is absolutely contrary, the decision is contrary to best medical advice and what the physician wants,” he once said in court.

Kevorkian lost his court battles, and spent eight years in a Michigan prison. But his fight was not in vain. Four states have since legalized physician-aided death (and would-be fifth New Mexico has a law in legal review). The first was Oregon, and its Death With Dignity Act has become the model for the rest. There the patient must first have a six-months-to-live prognosis. Then, the patient has to write a request to the physician (who may refuse on moral grounds). Two witnesses have to sign that request, one of whom is not related to the patient, not in the patient’s will, and not the patient’s physician or an employee of the patient’s health care facility.

In fact, since it was passed into law, only about 65 percent of the 1,327 people prescribed the medication have used it.

Raising the stakes in California

On December 31, 2013, California resident Brittany Maynard had a master’s degree in education, several years of experience teaching abroad in orphanages, and a husband. On January 1, 2014, she had stage two brain cancer. She went through surgery, and the doctors cut away the cancerous parts of her brain. But in April, the disease returned. Stage four glioblastoma, with little hope of treatment. Her doctor informed her she had six months to live.

Given the choice, Maynard said she would rather die before the cancer’s debilitating final stages destroyed her health completely. A few months later, she moved from California to Oregon.

Maynard took her lethal dose of medication on November 1, 2014. Her last message, posted on her Facebook profile, read:

“Goodbye to all my dear friends and family that I love. Today is the day I have chosen to pass away with dignity in the face of my terminal illness, this terrible brain cancer that has taken so much from me … but would have taken so much more.”

Maynard’s broadcasted decision put the public behind California’s bill. Like the other states’ laws, it is modeled after Oregon’s, with some some add-ons meant to assuage opponents. California patients would have to request aid in dying three times instead of twice. “The physician who prescribes the medication must have a one-on-one conversation with the patient, to verify that it is their choice, and that no one is putting any pressure on the patient,” says Ben Rich, a lawyer and expert in end-of-life bioethics, from the University of California, Davis. And after ten years, the law would expire.

But for some in the palliative care community—the doctors, nurses, and caregivers that manage end-of-life care—the battle over aid in dying is a distraction from the real problems that dying people face. “I think it’s a moot debate that’s divorced from the reality of end-of-life care,” says David Magnus, a bioethicist at Stanford Medical School. That reality is clear in a report published last year by the Institute of Medicine of the National Academies of Science.

Titled Dying in America, it showed that patients often can’t get—or don’t know about—the type of treatment they actually need to be comfortable and pain-free in their final months, weeks, days, and hours. This is probably tied to the fact that America only has half as many palliative care physicians as it needs.

That’s not all. Magnus says insurance companies favor big lifesaving efforts and shiny technology. “We put a lot of emphasis on technology and innovations, and this tends to downgrade communication,” says Magnus. And clear communication about death is probably the first prescription is probably what most terminal patients need most.

As a result, patients end up getting treatment that doesn’t help them have a more comfortable death. In fact, it become the opposite. “You’ve got a patient who is sick, going though a roller coaster ride,” says Magnus. This includes cycles of chemotherapy and remission, trips to surgery to intensive care to therapy to home, then back again. “And each time, it’s much more difficult on the patient and on the patient’s family,” he says.

“A lot of what we see are patients who have some sense that their condition is bad but are not told explicitly how bad their prognosis is,” says Magnus. For example, many patients don’t understand the difference between palliative and curative treatments. “When they hear that their condition is treatable, they think there is a chance that they can be cured,” says Magnus. But treatable, to physicians talking to a terminal patient, often mean simply easing that patient’s suffering. Treatable has nothing to do with living or dying.

Other studies back up Dying in America. Last year, scientists published in the Journal of Oncology that with better communication, more terminal patients might choose hospice rather than more radiation or chemotherapy. A2005 study showed that doctors regularly missed opportunities to convey information to patients that would affect their decisions about end-of-life care. Magnus has also done research on doctor-patient communication, and what he sees is usually pretty dismal.

“The caveat, is it’s very hard to communicate bad news to families,” says Magnus. He says it’s understandable that doctors hedge their discussions towards the positive. This goes back to the end-of-life training that doctors do not receive in medical school.

But until the medical system gets fixed (don’t hold your breath), patients can circumvent the assisted death circus by getting advanced care directives, such as a living wills. These are legal documents that outline how you should be treated in the event of a severe illness, accident, or just plain growing old. “100 percent of us are going to die, and only a quarter of Americans have engaged in formal advanced care planning,” says Nathan Kottkamp, founder and chair of National Healthcare Decisions Day, which advocates that people use April 16 to sit down, discuss, and develop their advanced care plan. The groups website has resources for drafting up the legal documents in every state.

In California, Governor Brown has until October 71 to sign the aid in dying bill into law. While he hasn’t tipped whether his pen will enact or veto, he has criticized the legislative gymnastics that let supporters get the bill voted on without first going through scrutiny by committees. Adding to speculation that he may veto, Brown is also a former Jesuit seminarian (Catholic groups oppose the bill).

But the bill has a groundswell of public support. According to a bipartisan public opinion poll, 69 percent of Californians are in favor of physician-aided death. “Why is this touching a nerve? Why is it millions of people want these laws on the books?” asks Magnus. He doesn’t believe it’s because so many people are terrified of having a sickness steal away their preferred choice: Life. Rather, he says it speaks to a more common fears: dying in pain, without control, without dignity, surrounded by people they do not know in a place they do not want to be. The choice that concerns them is not whether to die, it’s how.

1 UPDATE: Correction 12:12am ET 9/30/2015 The original story said the enactment deadline was September 28. In California, the governor has 12 working days to act on bills (such as the End of Life Option Act) passed in special Assembly sessions. But, that time began when the bill landed on the governor’s desk (which was September 25), not when the bill cleared the Assembly (September 11). If the governor doesn’t sign or veto within that deadline, the bill automatically becomes law.