Hospice care is a necessary part of life 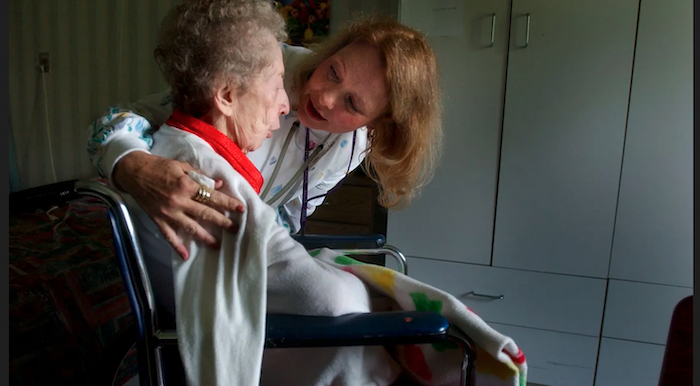 Do not go gentle into that good night,
Old age should burn and rave at close of day;
Rage, rage against the dying of the light …
— Dylan Thomas

It’s time to call hospice something else.

According to the American Cancer Society, hospice is “a special kind of care that focuses on the quality of life for people and their caregivers who are experiencing an advanced life-limiting illness.” That organization describes hospice as “compassionate care for people in the last phases of incurable disease so that they may live fully and comfortably as possible.”

But hospice, as well as palliative care, the specialized care for people with serious chronic diseases, has gotten a bad rap.

Although hospice has been around since the 1980s, prevailing myths prevent families from accessing the help they need to provide their loved ones with quality care as they “rage against the dying of the light.”

For instance, a persistent myth is that hospice is a place and can only be provided in a hospital or nursing home setting. Not so. About 70% of hospice care takes place in the patient’s home. And while half of hospice patients nationwide have a cancer diagnosis, the other half have other diagnoses, according to the American Hospice Foundation.

Other myths include: Medicare won’t pay for it. But Medicare beneficiaries can use their Medicare hospice benefit anytime. Another common myth is once you are in hospice you can’t get out alive. The truth is, patients are free to leave hospice and return to treatment if they choose.

After all, miracles do happen.

But death is certain.

We don’t know when it will come for us. But we know it is coming.

Still, for many, the very mention of hospice is enough to destroy relationships.

Maybe it is time to rebrand and educate the public about what hospice really is.

The concept of specialized care for terminally ill patients began with the work of Dame Cicely Saunders in 1948.

“During a talk at Yale University, Saunders, who earned her medical degree in 1957, showed pictures of patients who were terminally ill with cancer before and after receiving ‘hospice care.’ The difference in the patients’ appearance and overall well-being was remarkable.”

Still, it was almost 30 years before the Medicare Hospice Benefit was enacted, and states were given the option to include hospice in their Medicaid programs. Hospice care was made available to terminally ill nursing home residents as well, according to the California Hospice and Palliative Care Association (CHAPCA) website.

Because in the midst of the prayers and the tears, I want to make sure my loved one is not suffering the shrieking pain that my mother said her mother suffered as they lay dying from inoperable cancer.

Despite the many benefits, a lot of eligible families have rejected hospice. In fact, a 2019 study published in the Journal of the American Geriatrics Society estimated “2,700 Americans a day experience non-sudden deaths without the benefits of hospice, and the utilization rate was only 52.4%.”

“The fact that Medicare pays 100% of hospice costs should be a big inducement, yet many who are eligible do not take advantage of end-of-life services,” according to an article on Debt.org titled “Hospice Costs and End-of-Life Options.”

It is time to rebrand and rename hospice care or at least launch a public awareness campaign to debunk the myths about this program.

Hospice is a way to provide quality care for someone who is suffering from an illness that medical science is not yet able to cure.

Tragically, the stigma surrounding this life-affirming treatment is depriving thousands of families from getting the care that could make the inevitable a lot easier to bear.