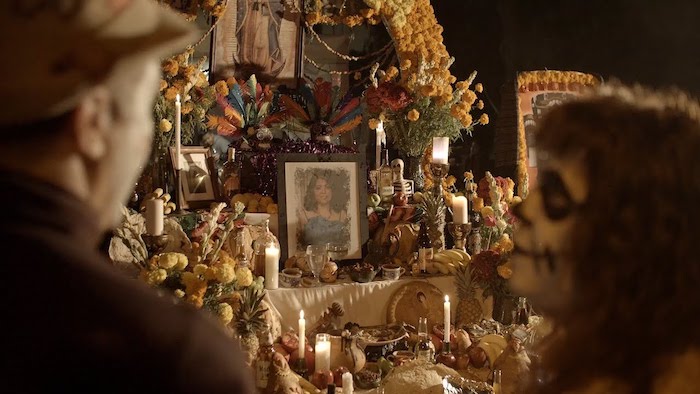 A transplant to Los Angeles since 1988, Joseph Leahy was familiar with mortality. His family was in the funerary business. His family often took him to the cemetery as a child. “I’ve spent a lot of time around death and dying,” Leahy said. It was only when he moved out West, however, that he discovered the traditions of Día de los Muertos and identified with it. His enthusiasm for the celebration was so much so that his altars were often lauded in the early years of the Hollywood Forever Cemetery’s annual celebrations. Today, he continues to honor its sanctity with a yearly ritual commemorating his loved ones through a personal altar made at home and with the help of his daughter. His appreciation for the sacred tradition has also influenced his work in the HIV positive/AIDS communities. Apart from his yearly personal altar, Leahy has also helped these communities celebrate the ones they’ve loved and lost through meaningful remembrance.