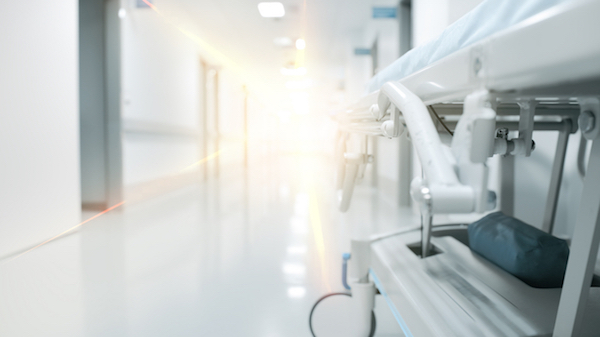 And when they died, their loved ones held space for them in their homes. Family and friends grieved them and remembered them and loved them through the transition and beyond. Today, though, death is scary. Death isn’t part of life anymore. We’ve removed it from the home and tucked it away in antiseptic, clinical, brightly lit spaces and it’s become foreign to us.

But, death doesn’t have to be frightening. Or solitary. Or clinical. Death can be peaceful and calm, serene and sacred. There is a movement of people taking death back. Pulling it from the cold, harsh confines of the hospital room, and bringing it back into the home and into the world of the living. Death doulas are on the forefront of the fight to reclaim grief and demystify death.

Death doulas, or spiritual midwives, serve a similar function to birth doulas or midwives, but on the other end of the spectrum. A birth doula helps the mother bring life into the world, a death doula helps when life is ready to depart the world. They provide support for the dying and the family, creating space, answering questions, asking questions and being a calm and loving presence during a time of great change.

Janie Rakow, president of INELDA, the International End of Life Doula Association, describes a death doula as, “… someone who acts as a guide and companion through the end phase of an illness. This work can start as soon as someone is admitted to hospice.” She says, “the doulas work with the dying person and their loved ones through the final dying process and into the early grieving stages afterward.”

Rakow explained that INELDA’s doula’s work generally runs in three stages. They begin by discussing death with the patient and the family, openly and honestly, allowing them to explore their feelings and their fears. The doula helps to establish what Rakow describes as “personalized, guided visualizations” and the dying’s preferences in music and readings are also defined. A vigil plan is also worked out during this time.

The second stage begins as the patient begins to actively die. The doulas hold space created during the establishment of the vigil plan and allow family to take breaks as needed, knowing that any changes will be relayed immediately. They don’t have to be afraid of not being present because the doula is trained to recognize the different stages and hallmarks of the dying process and can alert the family as things change. The doula is present during the death and stays with the family, providing comfort and support, until after the funeral home has come.

During the third stage, after the death, the doula helps the family to process their grief and answers any questions or concerns the family may be holding onto from the death.

While the term “death doula” is new, the concept of holding death and grief as sacred is not. Death becoming medicalized and moving into hospitals played a big part in it becoming something that families and loved ones feared. Grief over the loss of loved ones, the period of mourning after a death, were, until relatively recently, significant and special things. Now, however, we are encouraged to hide our grief, to consider it a messy and private thing, when, for generations past, it was a point of community. People were not expected to grieve alone when their loved ones died. They were lifted up within their communities and mourning was neither shameful nor private. They were given time and space to mourn.

Another group whose aim is to re-center grief and take back ownership of death is the death positive movement, begun by mortician Caitlin Doughty. She started The Order of the Good Death in response to the culture of fear that surrounds modern death. The group’s mission is to break down that fear and make death a part of life. According to The Order of the Good Death, the group is comprised of funerary professionals, academics and artists who strive “to bring death awareness and acceptance into a culture that is all too often death phobic.”

Both of these groups are working hard to bring death back into life and remove the stigma and fear modern society has pinned to the natural process. Both groups advocate for death as a sacred experience, a personal experience, a life experience.

By utilizing the services of a death doula, loss and grief can be refocused on the love and the sacred, instead of on fear and negative emotions. By joining, or just acknowledging, the death positive movement, people can help to de-stigmatize the process of dying, which in the end will make the idea of death much easier for everyone to digest.