Where do you see yourself in five years? Ten? Twenty? It’s not an unusual question to hear, though answering it is never easy.

End-of-life care is, generally speaking, the care that someone receives after being diagnosed with a terminal illness, such as cancer or Alzheimer’s disease. While some diseases may be treatable and even curable, terminal diseases are typically those for which there are no cures, and decisions regarding end-of-life care prioritize making the most of an individual’s time left.

Max Vergo, a palliative care doctor and assistant professor at the Geisel School of Medicine, explained that end-of-life care is highly individualized, and not all treatments are appropriate for a patient’s wishes. For example, some patients prioritize extending their lifespans as much as possible, perhaps to be able to attend a special event like someone’s graduation. But opting to live longer might come at the cost of a lesser quality of life, such as being bound to a hospital bed.

Other patients, however, would rather prioritize different treatments that would allow them to maintain a certain quality of life — say, being able to walk freely or live at home — even if that means their death may arrive sooner.

“For some people, [prioritizing living longer] feels like the quality would be so poor, it wouldn’t really be valuable time,” Vergo said. “Knowing that their time is limited anyway, they may choose a [different] path. … At least they’ll have some control over what the quality [of life] looks like.”

End-of-life decisions, while incredibly individual, often involve an entire of team of medical professionals. Kathryn Kirkland, the director of palliative care at Dartmouth-Hitchcock Medical Center and a professor at Geisel, spoke about how her patients interact with an interdisciplinary team of doctors and nurses, social workers, chaplains, creative writing specialists, artists and other volunteers, all of whom work to take care of “the whole person.”

Kirkland also explained how her team works with patients’ families and loved ones as well. For example, patients with terminal issues often experience feeling like a burden to their families. In those cases, patients and their families go through counseling to discuss those feelings and identify ways to alleviate them. 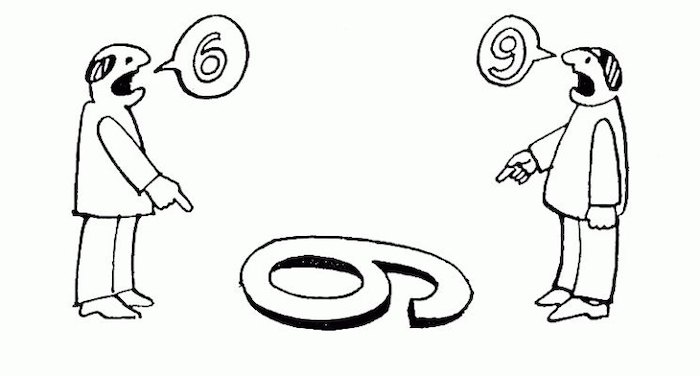 “Taking care of somebody who is very sick is a hard thing to do sometimes,” Kirkland said. “Most family members end up reassuring the person with [the] illness that they want to help, that the patient is not being a burden, but unless you have those conversations, it can be hard to influence people’s decision making.”

Maloney noted that when discussing the option with patients in Vermont, she tried to understand why they are considering it in the first place. Many patients are unfamiliar with the process, which requires two different physicians — one consulting and one prescribing — and a waiting period of at least two and a half weeks. Another misconception is that patients receive a shot or intravenons treatment to end their life, when in reality, it’s a powder that dissolves in water that patients must be able to take by themselves.

When asked about the emotional aspect of physician-assisted dying, Maloney said that many of her discussions with patients revolve around their desire to have control over this aspect of their life, as well as the expected nervousness about what dying is like. She noted that family members, and even the doctors who prescribe the medicine, often feel intense emotions too.

“After a patient takes medication like this, they die, but their caregivers or family members live with that experience, and so they often have also had some strong opinions … or feel nervous or concerned about it as a family member,” Maloney said. “I think the same is true for the [physicians]. Most of them are doing this for the first time, and it’s very different than anything a physician usually does. We’re usually doing the opposite, giving folks medications to not end their lives.”

“In our profession, [we don’t use] ‘suicide’ because these are rational decisions that people make,” Vergo said.

Bumpus spoke about how some of the arguments against physician-assisted dying include the possibility that it leads to a rise in suicide rates in young people and terminally ill people, acknowledging that there is not yet good evidence to prove or disprove the concern. She also touched upon the use of the word “suicide” instead of “dying.”

“Calling it suicide emphasizes the similarity, and the similarity is just that, technically, the person takes their own life,” Bumpus said. “I think using the word suicide for both overstates the similarities. I’m not saying that suicide is always irrational or always wrong, but I think these cases are really special end-of-life cases and ought to be looked at separately.”

Another compelling concern with physician-assisted suicide that Bumpus brought up was that vulnerable populations, including individuals without good health insurance or a strong understanding of the medical system, may be pressured — however subtly — to choose physician-assisted dying without exploring other options as much as they would have otherwise. While we, as a society, often believe that more options leads to more freedom, that’s not always the case, and offering physician-assisted suicide could end with patients feeling obligated to take it.

So, what can students do? For students who are interested in the medical field and may one day have end-of-life care conversations with patients and families, Vergo spoke about how much of his teaching work involves perspective training. It’s essential for physicians to understand how, given the same information, different people can have different perspectives, and none of them are wrong. He also acknowledged that having these conversations can be emotionally taxing for health care professionals as well, and a tried-and-true “scaffold” to fall back on during these conversations can help.

Vergo emphasized that no one is born having mastered these skills, but instead they are gained gradually with practice and training.

“It’s just like in sports,” Vergo said. “You don’t just become an awesome soccer player on your own. You usually have a team and then a coach that helps you figure out how you can take the next step in your skills. We do a lot of coaching.”

For students who aren’t necessarily interested in the medical field, these topics can still be important to think about, especially since many patients in end-of-life care couldn’t have anticipated their current situations. Kirkland, who has taken care of students who have gotten into car crashes or skiing accidents, has even seen friends enter positions where they had to make important decisions. While these topics aren’t always easy to talk about, having conversations early about what you value most in life is a valuable investment.

“Even though students don’t really want to think about how they’re mortal like everyone else, it is probably worthwhile to think about who you would want making decisions for you if you couldn’t make them for yourself,” Kirkland said. “Having conversations with families is important to do.”