Forensic scientists in Sydney and Perth are studying what happens to our bodies when we die.

If you accidentally stumbled across the remote facility where Jodie works, you might be a little concerned and (potentially) a bit queasy.

For starters, there’s more than 70 dead bodies scattered around the area – some just lying on the ground as they decompose.

But before you dial 000 and report a homicide, let’s clear something up.

Jodie’s not a killer – she’s helping to catch them.

Dr Jodie Ward is the director of the Australian Facility for Taphonomic Experimental Research (AFTER).

It’s the only research facility in the southern hemisphere for the study of human decomposition, or what’s known colloquially as a ‘body farm’.

“Essentially, it’s a unique body donation facility that enables generous Australians to donate their body to forensic science,” Jodie says of the research facility on the outskirts of Sydney.

“And it enables forensic scientists to study the decomposition of the human body once someone dies.”

Jodie says donors are placed in scenarios that replicate crime scenes as much as possible.

Some bodies are left on the surface, while others are buried or placed in vehicles. Some donors are clothed and others are not.

There’s even a mass grave with 10 bodies replicating a war crime or disaster scenario.

Jodie says the bodies are being studied by experts from every discipline of forensic science.

“We have biologists trying to improve the quantity and quality of DNA able to be recovered from compromised bones and teeth,” she says.

“We have chemists studying volatile organic compounds to define the chemical signature of decomposition odour.”

Jodie says AFTER is used to train cadaver dogs to locate deceased people and by archaeologists studying Neolithic funeral practices.

The facility even made headlines this month with a discovery by researcher Alyson Wilson that human bodies can move after death.

“Without a human taphonomic facility, we don’t have the benefit of studying these types of things,” Jodie says. “There’s so much we are learning from using human donors.” 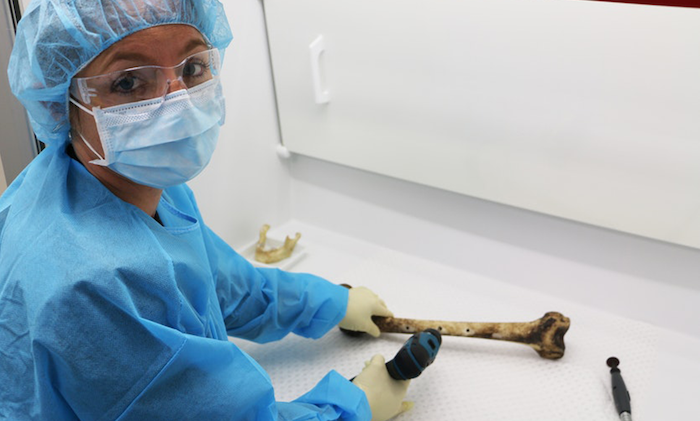 In WA, forensic scientists are also learning more about what happens when we die.

While the state doesn’t have human decomposition trials, UWA researchers are using pig carcasses as a model for what happens in people.

UWA forensic entomologist Dr Sasha Voss says the pig trials have been running since 1999 in a secure facility in Perth.

“They’re ethically treated, they’re sourced from abattoirs and then we conduct various ‘unpleasantries’ on the dead animal.”

Recent studies include hanging, burning and even placing pig carcasses in a wheelie bin, to help determine the time of death of real cases.

The reserve has also been used to see whether infrared cameras can detect maggots on a body from the air, helping police to locate missing persons who have died.

Sasha says the reserve is currently being used to train postgraduate students, allowing them to monitor the decomposition process and collect insects from the carcasses.

She says a government report from a body farm in Tennessee found a 45kg domestic pig is the best proxy for human decomposition.

“There’s obviously still differences, but if you can’t go with humans, that’s the best option,” she says.

Dying to get in

Back at AFTER, Jodie’s team has been flooded with offers from people wanting to donate their bodies.

She says many donations are made by older people wanting to benefit the living after they die.

Jodie says other donations have been made by families who have lost loved ones at a young age and wanted their death to benefit others in some way.

Whatever the reason, Jodie says the donations are invaluable.

“Obviously our facility wouldn’t exist without them, so we’re forever grateful,” she says.