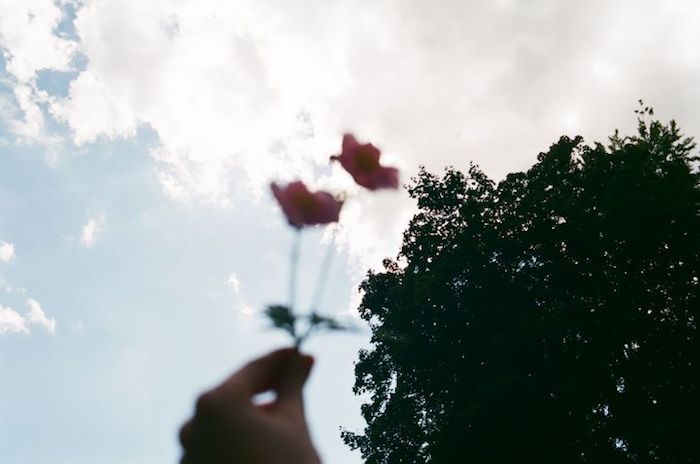 Death is one of life’s few inevitabilities (along with taxes) but despite its certainty, dying and how we deal with it are still taboo topics in many countries.

A new BBC Three documentary explores how millennials grieve and how we can learn to do it better. Fronted by the presenter and musician George Shelley (of X Factor, Union J and I’m A Celebrity… fame), Learning To Grieve features intimate discussions with his family and friends about dealing with grief in the aftermath of his 21-year-old sister’s sudden death in a road accident in May 2017, alongside a broader look at how younger generations cope with grief and its impact on wider society. 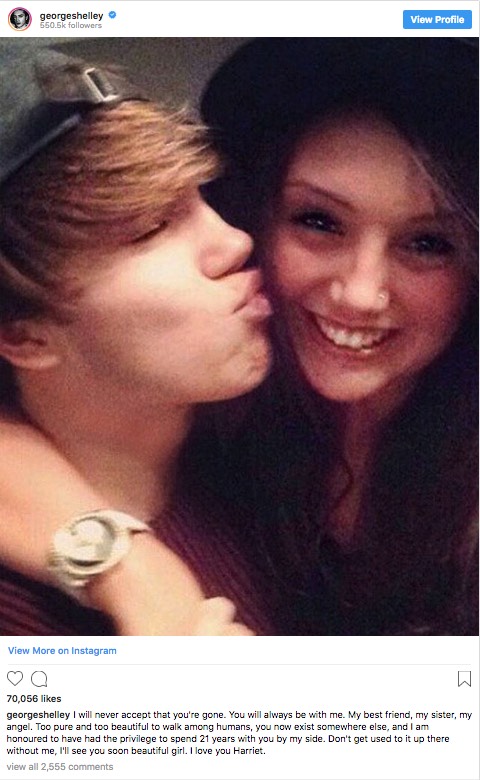 He meets several other young people who have experienced loss to get advice and guidance about coping with grief in 2018.

Research has linked bereavement to increased rates of suicide and mental health problems among young people, and Learning To Grieve explores this connection head on. Shelley discusses his own use of antidepressants and experiences of therapy since his sister’s death, and the tough time he had in the immediate aftermath. “My days were just a blur of takeaways, Netflix and escaping with video games – anything to shut off from the real world,” he wrote about the experience recently. “All I can remember from that period is darkness and I just sank deeper into depression.”

What on earth are you meant to do when your mum has just died? I had no idea – so I carried on as if everything was normal.

One millennial featured in the documentary is Beth Rowland, 24, who lives in Nottingham. She lost her mum to liver cancer in July 2015 after her second year of university. She describes feeling like she was “stumbling around in the dark, with no idea what to do or how to function” in the aftermath, but she does remember very clearly going for a haircut just hours after it happened.

“I had it booked, had been looking forward to getting a new style, and I had no idea how to call the hairdressers to cancel my appointment,” Rowland told Refinery29. “So I went along, sat in the chair and answered ‘fine, thanks’ when the hairdresser asked how my day had been. That’s a perfect example to me of how confusing bereavement is, and often how ridiculous it can be. What on earth are you meant to do when your mum has just died? I had no idea – so I carried on as if everything was normal.”

Rowland got involved with the documentary to prevent other young people from plummeting to “the bad place” she was in, she said. Not only is bereavement normal, but so many people know exactly how you’re feeling. “When I lost my mum, I didn’t think I knew anyone who had been bereaved, but there were actually a lot of people already in my life who had been through the same pain. Unless we talk about loss, it will continue to be something people hide away, don’t know how to talk about, and that ultimately can lead to an increase in risk of mental illness.”

She believes everyone in the UK finds it difficult to talk about loss (because of our ingrained “stiff upper lip” culture), but younger generations struggle most and particularly those who have lost parents. “It’s not normal to not have a mum at 20 – all my friends flock to social media on Mother’s Day to share that their mum is the best mum, friends get married with their mum next to them, others say they couldn’t possibly have become a mother without their own mum beside them.” This, she believes, is why so many young people find it hard to talk about losing family. 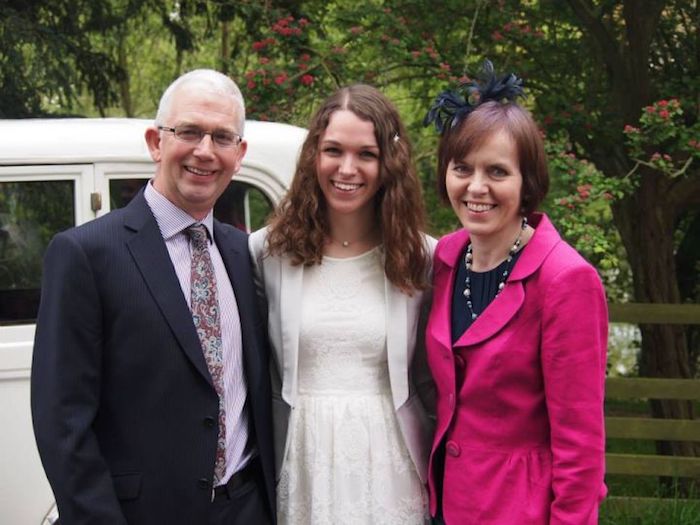 In 2015, Rowland set up Let’s Talk About Loss, the UK’s first support network for young people aged 16-30 who have been bereaved. “I knew that to get through my experience, I had to do something proactive and positive that would make the world a little bit better. I felt so alone and confused when we lost Mum, and was diagnosed with severe anxiety and depression in 2017 after bottling up my feelings for too long. I’m not ashamed to say that my mental health was very bad and at one time I was considering suicide – I just didn’t know how to live without my mum. I’m in a much better place now but I’m only too aware how easy it is to struggle when you’ve been bereaved.”

You might have thousands of Twitter followers but be sat alone at home on a Friday night, feeling completely isolated.

Young people are increasingly talking openly about their feelings, in part due to the gradual falling away of the stigma surrounding mental health, and very often they’re doing it on Instagram, Twitter, Tumblr, blogs and other online spaces. This is progress, of course, but Rowland is concerned that talking online doesn’t eradicate the loneliness issue. “You might have thousands of Twitter followers but be sat alone at home on a Friday night, feeling completely isolated and without any form of support network.” Which is why Let’s Talk About Loss holds monthly real world meet-ups, as well as offering online support, which enable attendees to “talk openly about grief wherever and whenever we feel ready and comfortable.”

Rowland’s advice to other young people currently grieving is always to find their support network. “It doesn’t matter who they are, just find people who care about you, will be there for you when you need them, and who will let you talk.” She also recommends contacting local and/or national support groups and charities like Mind, Young Minds, Student Minds, Cruse and Widowed & Young. “However you are feeling, however bad it might seem – you are not alone and you can get through this, I promise.”

George Shelley: Learning To Grieve is available to watch on BBC Three from Sunday 30th September.

If you or someone you know is struggling to cope with grief, contact the bereavement charity Cruse online or over the phone on 0808 808 1677. You can also contact Rowland’s support network for young people, Let’s Talk about Loss, via email at hello@letstalkaboutloss.org.

It’s a dark area of psychology, exploring death’s grip on a person who feels totally defeated by life. But as scientists learn more about the phenomenon, they’re finding it impacts people in five distinct stages.

The clinical name for this is psychogenic death. And if left untreated, a new study in the journal Medical Hypothesis shows, the five stages can run their course in as little as three weeks.

“Psychogenic death is real,” says University of Portsmouth researcher John Leach in a related statement. “It isn’t suicide, it isn’t linked to depression, but the act of giving up on life and dying usually within days, is a very real condition often linked to severe trauma.”

The condition may have everything to do with the inner workings of the brain, particularly changes that occur within a person’s anterior cingulate circuit, which is the area that controls motivation. When a person struggles to feel motivation, coping with life becomes more difficult and apathy can set in. If a person experiences severe trauma, it’s entirely possible that the event could trigger a malfunction in that circuit.

Of course, when someone is experiencing these stages, it is possible to revive them. Death isn’t inevitable. Common interventions include physical activity or introducing a person to a situation that they recognize as one they can truly control. That experience can release critically important dopamine into the brain, which brings them back to a state of life they previously experienced.

Reversing the slide toward death, Leach notes, “tends to come when a survivor finds or recovers a sense of choice, of having some control, and tends to be accompanied by that person licking their wounds and taking a renewed interest in life.”