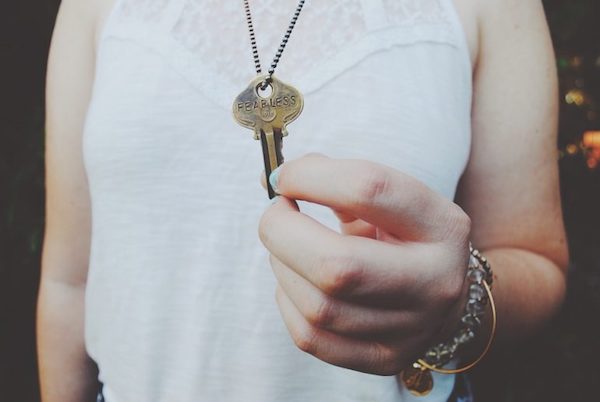 [O]ften the biggest existential distress that we carry is the idea that no-one will remember us when we are gone—initially we know that our friends and family will hold who we are, but after a generation, these people are likely gone too. At the end of life, the pressure to leave an unquestionably relevant legacy can be crippling for people, particularly for young people. When coupled with the limited energy that people have when they are unwell, the very nature of what people expect to achieve in the world shrinks, and the really important pieces come into focus.

When time is seen to be limited, every moment can take on a weight that has never before been experienced. Some of these expectations come from within and some externally, but regardless of their origin they can be paralyzing for the young person facing their mortality, particularly when unwell. Culturally, there are multiple references as to what ‘dying young’ is meant to mean and most refer to extraordinary and often unobtainable expectations. For instance, members of the ‘27 club’ (celebrities who die on or before their 27th birthday) and notable cancer-related concepts around ‘bucket lists’ and works of fiction (e.g., The Fault in Our Stars). Most young people, particularly those who are dying, do not have the capacity or the options to engage in an extraordinary feat, they can become overwhelmed and paralyzed by what they are ‘meant to be doing’.

Often, as is the case with many things in life, simple and small are the gestures and moments which are the most meaningful, with huge projects and adventures feeling too overwhelming and out of the grasp of someone with limited energy and resources. As such, the fantasy of what something may have looked and felt like, had they have been well, is a much more satisfying space for them to sit with. Similarly, relationships become much more meaningful, as do the simple things that are taken away through the treatment process, like being able to sit in the sun or go to the pub with a friend.

Young patients can be bombarded with well-intentioned suggestions about what they ‘need’ to do, including making future legacy-based activities, such as leaving cards for each of their younger sibling’s birthdays, video journals of their death, or chronicling how they feel about all the people in their world. Although these are good ideas, they are emotionally and physically difficult to manage with limited resources. Patients need to be feeling very resilient and well before attempting any of these things with most being abandoned due to the confronting nature of conceptualizing the world without them present in it. It is a difficult ask for anyone to be able to take the relatively abstract idea of the world continuing following your own death; this does not change for young people and, in some ways, it is even more challenging due to their pervasive sense of self, even in the face of very real threats to their mortality.

The way that young people respond to being presented with a very limited life expectancy can vary tremendously. Some may stick their head firmly in the sand and refuse to discuss or conceptualize anything about what may happen in the lead-up to their death, or following. Others will organize everything about the end of their lives, including where they want to die, how alert they want to be, as well as what will happen following their death—such as where their belongings go and how they want to be remembered. For most people in this situation, in an existential sense, almost everything is out of control, the disease will do what it does, the pain is what it is, and they are an observer to the things happening in their bodies. The things that people can control is what they talk about, how much they talk about it, and who they talk about it too.

Just because death, dying, and legacy are not being talked about, does not mean that it is not in the consciousness and thoughts of the person pondering their own end. Instead, it may be that they have done as much thinking and talking about it as they need to do; it is often these patients that have very well-considered plans about what they want to happen as they deteriorate and the decisions that must be made about their care.

The 4 stories we tell ourselves about death

[P]hilosopher Stephen Cave begins with a dark but compelling question: When did you first realize you were going to die? And even more interesting: Why do we humans so often resist the inevitability of death? Cave explores four narratives — common across civilizations — that we tell ourselves “in order to help us manage the terror of death.”

“Am I dying?” The honest answer. 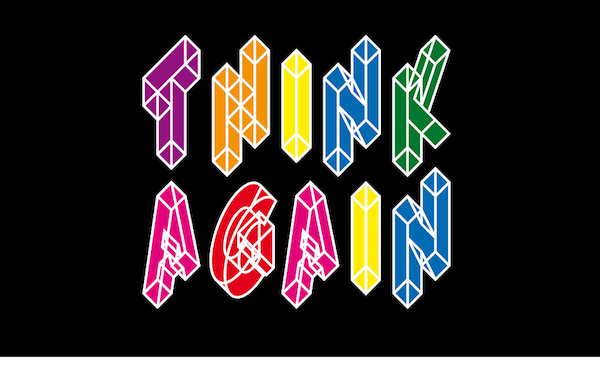 [M]atthew O’Reilly is a veteran emergency medical technician on Long Island, New York. In this talk, O’Reilly describes what happens next when a gravely hurt patient asks him: “Am I going to die?” 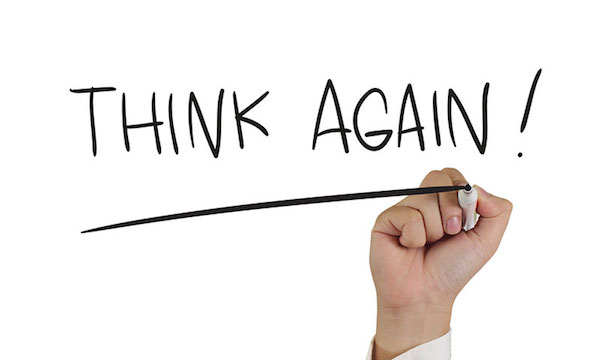 [W]e can’t control if we’ll die, but we can “occupy death,” in the words of Peter Saul, an emergency doctor. He asks us to think about the end of our lives — and to question the modern model of slow, intubated death in hospital. Two big questions can help you start this tough conversation.

What really matters at the end of life 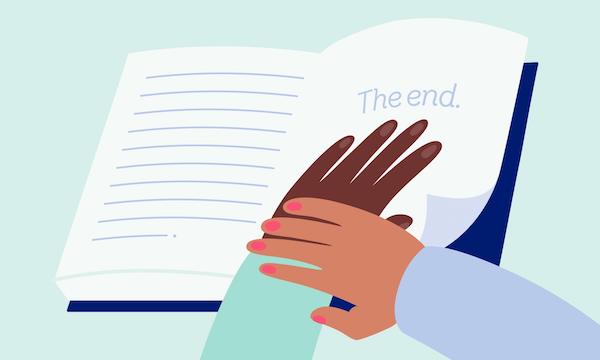 [A]t the end of our lives, what do we most wish for? For many, it’s simply comfort, respect, love. BJ Miller is a hospice and palliative medicine physician who thinks deeply about how to create a dignified, graceful end of life for his patients. Take the time to savor this moving talk, which asks big questions about how we think on death and honor life.

There’s a better way to die, and architecture can help 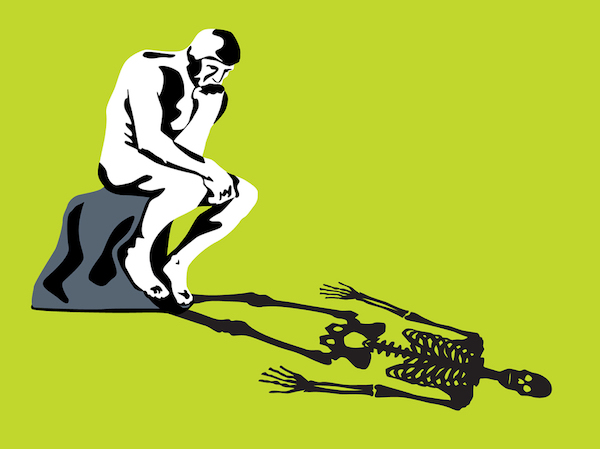 [I]n this short, provocative talk, architect Alison Killing looks at buildings where death and dying happen — cemeteries, hospitals, homes. The way we die is changing, and the way we build for dying … well, maybe that should too. It’s a surprisingly fascinating look at a hidden aspect of our cities, and our lives.

[I]n his 2015 book “The Work of the Dead,” Thomas W. Laqueur takes up an ancient question: Why do we care for the bodies of the dead when we know that after our loved ones have left them they are empty shells? He begins his query with Diogenes, the eccentric fourth century B.C. philosopher who requested that his dead body be thrown over the city walls to be devoured by beasts. The corpse may be waste, “meat gone mad,” James Joyce wrote in “Ulysses,” but since our beginnings we have endowed corpses with cultural and symbolic significance. “Whatever our religious beliefs, or lack of belief, we share the very deep human desire to live with our ancestors and with their bodies. We mobilize their power,” Laqueur wrote.

The journalist Kevin Toolis does not doubt that corpses have particular superpowers. In his new book, “My Father’s Wake,” the bodies of our dead are life lessons, moral instructors of how to have satisfying lives and peaceful deaths. The tradition of the Irish wake, with rituals that predate Christianity, is our legend, “the best guide to life you could ever have,” he writes.

“My Father’s Wake” is at heart a memoir, chronicling a childhood spent between Edinburgh and remote Achill Island off the western coast of Ireland’s County Mayo, where his parents were born. When Toolis is 19, his brother Bernard dies of leukemia. He is his brother’s keeper, a bone marrow donor, but the transplant fails. The trauma sends Toolis as a young reporter out into the world, from Somalia to Afghanistan, in search of death, disease, famine and war. “I was grieving,” Toolis writes. “Not for my dead brother but for the young man who died with him and lost his mortal innocence. Me.”

The contrast between young Bernard’s death (in the city, in the care of what Toolis calls the “Western Death Machine”) and his father Sonny’s death (at home in old age on Achill) sets up Toolis’s castigation of modern medicine and death rites. But it is Toolis’s fine skill at showing the means and aftermath of death rather than his prescription for how to improve dying that most animates “My Father’s Wake.” 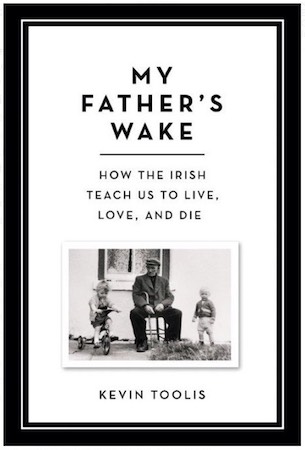 “Under the greenish light of a fluorescent tube, Eliza’s hands writhed involuntarily at her wrist as if seeking to escape their dying host,” he writes of a 20-year-old Malawian girl who dies in the middle of the night of AIDS. In the local dialect, Toolis tells us, the disease is known as matantanda athu omwewa, “this thing we all have in common.” Toolis’s writing is so visceral and profound when he is near dying bodies that the lessons of such experiences become evident — so evident, indeed, that the unfortunate framing of “My Father’s Wake” as a how-to for urban Westerners feels a bit clumsy and redundant.

Early in the book, Toolis implores us to face our mortality by calculating the date of our death, “the end point for you.” In the book’s final chapter, “How to Love, Live and Die,” he offers this advice: “If you can find yourself a decent Irish wake to go to, just turn up and copy what everyone else is doing,” and “take your kids along too if you can.”

These bookends undermine Toolis’s manifest intellectual curiosity about contemporary medical and funerary practices. Studies indeed show that when dying patients plan for and accept their impending death, their family members more ably manage grief, but Toolis never sheds light on why that is. Nor does he identify where or how the funeral industry — “the dismal trade,” as Jessica Mitford called it in 1963 — has gone wrong. Grievers in funeral homes touch their corpses too.

I can’t help wishing that Toolis had kept the beautiful memoir of his life-and-death experiences and thrown the self-help curriculum over the city walls to be devoured by beasts. There really is no greater truth than a corpse.