Our son, Ken, at the age of 46 was killed in an accident three years ago. He lived nearby and often had dinner with us.

That loss hit me hard and still does. My wife, Joan, didn’t show much outward expression, but she seemed to realize something very significant had disappeared from our lives.

Now it’s clear that she has not forgotten Ken. Sometimes she believes he is still alive. Once, we were in an emergency room when she needed tests. People came and went as she was confined to bed, waiting for the next checkup.

This went on until late evening. For hours Joan had said she wanted to go home. She would turn to me and say, “Can you check to see if dad will pick us up?” She thought I was Ken.

That has happened several times. One day we did a load of laundry. Joan usually folds and sorts the dried clothes. Finished with my pile, she said, “There’s his stuff for when he can come to get it.” She was recalling doing that chore for Ken!

Recently we were driving across a midwestern state. Joan got restless and wanted to get home. Then she asked, “Can we stop here and call home to get dad to come for us?” I realized what was going on in her mind. When Ken was alive and we went somewhere together Ken, not me, would be the driver. It was a special kind of grief when she recalled how things used to be.

I believe Joan is grieving for Ken when she feels he is still close by and names him. What is my response? I don’t correct her, I don’t comment. In fact I rather like it. Her way of remembering Ken is unusual, but it serves. 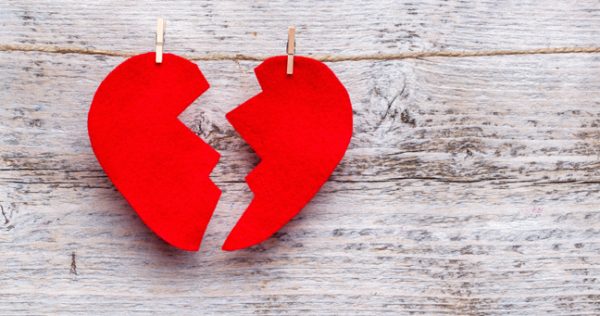 [I]s grief powerful enough to kill? The world is mourning the death of actress Debbie Reynolds who herself was in mourning following the death of her daughter Carrie Fisher just one day earlier. Could that grief have played a part in the stroke that killed her? “I was not surprised to hear of her death,” says Katherine Supiano, PhD, LCSW, FT, Director of the Caring Connections Grief Program at the University of Utah. “This is an uncommon phenomenon, but it does happen. Even the American Heart Association has recognized ‘broken heart syndrome’ as a cause of death following the death of someone close.”

The American Heart Association is not the only organization that has looked into “broken heart syndrome.” A study published in the Journal of the American Medical Association in 2014 found older adults who lost a partner saw their risk of dying from a heart attack or a stroke double in the 30 days following. One reason may be that stress raises the level of cortisol in body. Increased levels of cortisol have been linked to cardiovascular death. Other hormones may play a role as well. “Emotional stressors can also lead to a significant release in adrenaline,” says John Ryan, MD, a cardiologist with University of Utah Health Care. “This can have an impact on the cardiovascular system.”

Physical changes in the body are not solely responsible for the increased risk though. People make behavioral changes while under stress or suffering from grief. These may impact their health. “They may not be taking care of themselves,” says Ryan. “They may not be taking medications for underlying conditions, or they may be eating poorly, or start smoking again. All of these can raise their risks of cardiovascular problems.”

The nature of the relationship lost may also be a factor. A close caregiving bond may be harder to lose, especially if that caregiving relationship has been long standing – like that of a mother with a child. “We all know that Carrie Fisher had several difficulties in her life,” says Supiano. “Reynolds may have been in the role of emotional caregiver. When that role was no longer available the stress may have become overwhelming contributing to her death.”

Supiano says that in situations like these it might not just be grief and stress, but also a feeling that now caregiving is no longer needed that the work of the caregiver is done. “We do hear people say that,” she says. “And in some cases, very quietly, their lives end.”

While grief may make a person feel they want to die – the vast majority do not. The levels of stress hormones will dissipate over time, and behavioral patterns will return to normal. Life will go on. “People are hard wired to be able to grieve,” says Supiano. “The majority of people are actually highly resilient and given enough time, and social support most people navigate this pretty well.”