For some, the decision to die is more complicated than a wish to reduce pain. 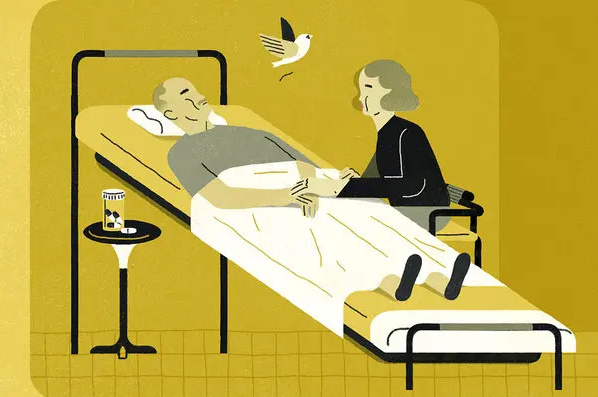 At a time when so many are dying against their will, it may seem out of sync to discuss the option of having a doctor help people end their lives when they face intolerable suffering that no treatment can relieve.

It’s less a question of uncontrollable physical pain, which prompts only a minority of requests for medical aid in dying, than it is a loss of autonomy, a loss of dignity, a loss of quality of life and an inability to engage in what makes people’s lives meaningful.

Intractable suffering is defined by patients, not doctors. Patients who choose medical aid in dying want to control when they die and die peacefully, remaining conscious almost to the very end, surrounded by loved ones and able to say goodbye.

Currently, nine states and the District of Columbia allow doctors to help patients who meet well-defined criteria and are on the threshold of dying choose when and how to end their lives. The laws are modeled after the first Death with Dignity Act, passed in Oregon in 1997.

A similar law has been introduced repeatedly, and again this January, in New York. Last year, Maryland came within one vote of joining states that permit medical aid in dying. Diane Rehm, the retired National Public Radio talk show host, says in a new film she created on the subject, “Each of us is just one bad death away from supporting these laws.”

Most people who seek medical aid in dying would prefer to live but have an illness that has in effect stripped their lives of meaning. Though often — and, proponents say, unfortunately — described as “assisted suicide,” the laws hardly give carte blanche for doctors to give people medication that would end their lives quickly and painlessly. The patient has to be terminally ill (usually with a life expectancy of less than six months), professionally certified as of sound mind, and able to self-administer the lethal medication without assistance. That can leave out people with advanced dementia or, in some cases, people with severe physical disabilities like those with amyotrophic lateral sclerosis (A.L.S., or Lou Gehrig’s disease).

A desire to broaden access to medical aid in dying prompted Ms. Rehm to create the film “When My Time Comes” to air on public television starting April 8. (A free livestream of the film preview and discussion will be available on April 8, at 12:45 p.m. Eastern, at weta.org/WhenMyTimeComesFilm.) The film follows the 2020 publication of Ms. Rehm’s book of the same title, subtitled “Conversations About Whether Those Who Are Dying Should Have the Right to Determine When Life Should End.” Both the book and film were inspired by the protracted death in 2014 from Parkinson’s disease of John Rehm, her first husband, to whom she was married for 54 years.

Mr. Rehm, then living in Maryland, could no longer stand, feed or toilet himself, but his doctors could not legally grant his plea to help him die quickly. Instead, the only recourse he was given was to refuse all food, liquid and medication, which ended his life 10 days later.

This is still the only option doctors can legally “prescribe” for the overwhelming majority of Americans who live in the 41 states that have yet to pass a medical aid-in-dying law. The approach does indeed work, but it’s not an acceptable choice for many dying patients and their families.

Ms. Rehm said her goal is that no patient should have to suffer the indignity her husband experienced at the end of his life. She described his death as “excruciating to witness,” even though after about two days the absence of food and water is usually quite tolerable for the patient.

Dr. Jessica Nutik Zitter, a palliative care physician at Highland Hospital in Oakland, Calif., said in an interview, “The concept of medical aid in dying is gaining acceptance, but it takes a while for people to be comfortable with it. Doctors are trained to just keep adding technology to patient care regardless of the outcome, and withdrawing technology is anathema to what we’re taught.”

As a result, doctors may convince dying patients and their families to accept treatments “that result in terrible suffering,” said Dr. Zitter, author of the book “Extreme Measures: Finding a Better Path to the End of Life.” In her experience, a fear of losing control is the main reason patients request medical aid in dying, but when they have access to good palliative care, that fear often dissipates.

Only a third of patients who qualify for medical aid in dying actually use the life-ending drugs they get, she said, explaining that once given the option, they regain a sense of autonomy and no longer fear losing control. In a study of 3,368 prescriptions for lethal medications written under the laws in Oregon and Washington state, the most common reasons for pursuing medical aid in dying were loss of autonomy (87.4 percent); impaired quality of life (86.1 percent), and loss of dignity (68.6 percent).

Of course, many doctors consider medical aid in dying contrary to their training, religious beliefs or philosophy of life. Dr. Joanne Lynn, a geriatrician in Washington, D.C., who is not a supporter, said the emphasis should be on providing better care for people who are very sick, disabled or elderly.

“We should resist medical aid in dying until we can offer a real choice of a well-supported, meaningful and comfortable existence to people who would have chosen a medically assisted death,” Dr. Lynn said. “There’s currently no strong push for decency in long-term care. It’s not a real choice if a person’s alternative is living in misery or impoverishing the family.”

Barbara Coombs Lee, president emerita of Compassion & Choices, a nonprofit organization in Portland, Ore., that seeks to expand end-of-life options, said, “The core principle of medical aid in dying is self-determination for someone who is terminally ill.”

Still, Ms. Lee, the author of “Finish Strong: Putting Your Priorities First at Life’s End,” said that there are options for the majority of dying patients who still lack access to an aid-in-dying law. In addition to voluntarily refusing to eat and drink, everyone has the right to create an advance directive that stipulates the medical circumstances under which they would want no further treatment.

For example, people in the early stages of Alzheimer’s disease could specify that when they reach a certain stage — perhaps when they no longer know who they are or recognize close relatives — they do not want to be treated if they develop a life-threatening infection.

Leaving such instructions when a person is still able to give them “is a gift to the family, relieving loved ones of uncertainty,” Ms. Lee said. She suggested consulting the website compassionandchoices.org for tools that can help families who want to plan ahead.