“I’m not used to such a frank discussion about sex. I’m more comfortable with the locker room bravado that passes as sex talk for us guys. At least in that situation I don’t have to be honest. This is very intimidating.”

Michael is 52. He was diagnosed with multiple sclerosis four years ago. Two years ago his disease process escalated to the point where he was confined to a motorized wheelchair. This past year he has had several MS-related setbacks that have kept him bedridden for several weeks at a time.

Things have become so difficult that several months ago he was forced to sell his once-thriving law practice. The few hours of work he can manage a week at his old firm are more frustrating than fulfilling for him. 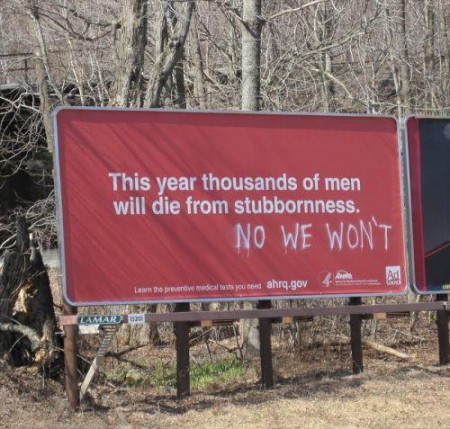 Mike is often depressed. He continually repeats his self-defeating mantra: “I’m not half the man I used to be.” The superhuman support of his second wife Maryanne and his son Kyle along with his beloved Seattle Seahawks are the only things that keep him from killing himself.

The first time I met this couple, an exasperated Maryanne tearfully reported how Mike’s smoldering rage and bouts of sullenness terrorize the family. “I love him, but he’s gotta get off his pity-pot or I’m gonna walk, and take Kyle with me.” Mike sheepishly acknowledged his disruptive behavior. His ruggedly handsome face distorts with shame. “It’s not me. It’s this damn MS. I just can’t seem to get it together. I feel like such a failure.”

When Mike and I have some one-on-one time together, I broach the topic of sex. Mike blanches. I start by asking him some very pointed questions about his intimate life with his wife.

“I’m not used to such a frank discussion about sex. I’m more comfortable with the locker room bravado that passes as sex talk for us guys. At least in that situation I don’t have to be honest. This is very intimidating. 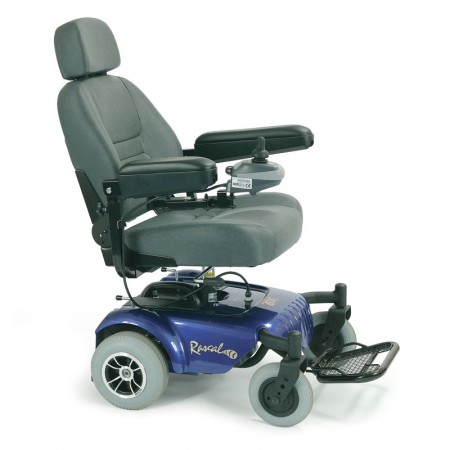 I’ll be straight with you. I don’t want to talk about this because I’m afraid you’ll want to know how a gimp like me does ‘it.’ I’m afraid that if you ask, I would have to tell you that a gimp like me no longer does ‘it’ because he can’t get it up anymore.

I’d probably then have to tell you how frustrating it is for me not to be able to make love to my wife, and how this is a source of constant friction between Maryanne and me, how she accuses me of throwing out the baby with the bathwater, how she doesn’t care if I have a hard-on, all she wants is for us to be close.

So you see, if I told you all these things I’d really be embarrassed. So I’m not going to say anything at all.”

“I see,” I responded. “Do you really see yourself as a gimp? Or is that just a term of endearment you use for yourself?”

“What do you think? Just look at me. I’m one fine specimen of virile manhood, wouldn’t you say?”

“Ok, Mike, have it your way. Maybe you are a gimp. Although I wouldn’t have guessed by just looking.”

I decide to tell Mike about another client I had years ago. He had an even more advanced case of MS than Mike. His wife claimed that despite being a very large man and being bedridden he was a remarkably good lover. She said he had a vivid imagination and an exceptionally talented mouth. He was affectionate and gentle and there was absolutely no hint of a chip on his shoulder. My former client used to say that his pleasure came from giving pleasure to others.

Mike apologized. “I’m not myself today. Or maybe this is what I’ve become. I know my wife and son think so.”

“So is all of this rage just about being unable to have an erection? Us men folk are so amazing!”

I go on to tell Mike that many women don’t care at all if their partner has an erection or not. In fact, most women report that when their partner’s penis is hard it generally means only one thing and it’s rarely about them. It’s the old “get it up, get it in, get it on, get it off and roll over” routine, which is not particularly fulfilling for a woman.

While losing the ability to have an erection may be a humbling experience for a guy, his female partner may have an altogether different experience. For her it may signal the possibility of some really good sex.

I ask, “How do you feel about your oral sex technique, Mike? If Maryanne wanted you to pleasure her orally would you be comfortable doing that? Maybe she would prefer hand stimulation.

Ya know, that other MS client that I just mentioned? He couldn’t use his hands very well so his wife used them for him. She would take his hand and stimulates herself with it. He loves it. Would you feel comfortable if Maryanne used your hand like that?

How well are you able to communicate your needs for sex and intimacy to Maryanne? Are there any specific issues that get in the way of asking for what you need?”

“We stopped talking about sex about the same time I got sick. Actually, we never really discuss it at all. What generally happens is Maryanne brings up the topic, I get angry, and she gets hurt. That’s how ‘discussions’ about sex go in our house.

I wish I could tell her how I really feel, how ashamed I am, not just for being such a bully, but also for being such a coward. I wouldn’t even know how to begin such a conversation. I can’t seem to get past saying ‘I’m sorry.’ I’m sorry, all right, real freakin’ sorry. I’m afraid of what would happen if I opened this can of worms. Would I ever be able to look her in the eye again? Sometimes I wish I were dead.”

“Nope, I just figured there wasn’t anything to talk about. Besides, it’s too goddamn embarrassing to admit.”

“Listen, Mike, you may want to reconsider that. Here’s my advice. First, begin a dialogue with Maryanne. Let her know that you are serious about working through your problems as a couple. I’m here to help if you need someone to guide the conversation.

Second, contact your doctor as soon as possible and initiate a frank discussion about your erection concerns. A great deal of progress has been made recently in understanding and treating male erectile dysfunction. 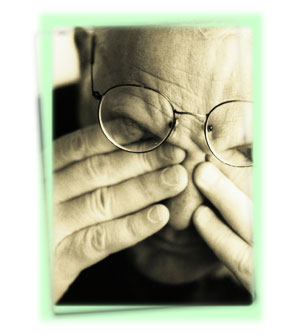 Most men occasionally experience the inability to have an erection, but repeated problems, whether they are organic or situational, constitute what was once referred to as impotence. Men with chronic erection problems are often too embarrassed to ask for help, and they may not have the impetus to do so if they’re not partnered. So statistics on how widespread this concern is among us guys is hard to come by, no pun intended.

Getting an erection for a man is like lubricating for a woman. Both processes combine complex emotional and biological functions. So it’s clear that either a physiological or psychological problem can interfere in the arousal stage of the sexual response cycle for either women or men.

For example, a relationship problem, depression, anxiety, prescription medications, excessive alcohol consumption, a hormone imbalance, cardiovascular disease, a neurological problem, being overweight, even some over the counter cold and allergy medications and something as simple as a poor diet can contribute to arousal dysfunction.

As you undoubtedly know, major breakthroughs in treating erection problems was made by a chance discovery in the mid 1990’s. A researcher who was studying the effects of a new heart medication noticed a remarkable side effect in some of his male subjects…erections. When Viagra hit the market it revolutionized erectile dysfunction therapy.

It’s important to note that this medication as well as all the other erectile dysfunction meds out there are ‘erection enhancers’ not ‘erection inducers.’ I say that because without proper stimulation, these medications will not cause an erection on their own.

There are some reported side effects to these medications and one can only get them by prescription, so you better talk to your doctor as soon as possible.

You see, Mike, there are options. Stop thinking about what used to be and start working at finding out what is currently possible.

If you can’t take any of these ED meds, there are still other options, like a penis ring and pump. And if these things don’t work there’s still no need to go without partnered sex and pleasuring. There are erogenous zones all over and in your body.

Your erection-centric sex life maybe over, but there is so much more available to you if only you give yourself and Maryanne a chance to make the discoveries. Why not give it a try. I mean, how much time do you have left? Don’t let this issue continue to contaminate your marriage and short-circuit the intimacy that is still available to you. Maryanne deserves better and so do you. I’ll continue to be available to you as a coach and guide if you wish. Because there’s no need to go through this alone if you don’t want to.

Now get out of here and make something pleasurable happen. You won’t regret it.”