Though parents mourning the death of a child experience classic psychological, biological, and social grief responses, there are unique challenges.

By Joshua A. Krisch

The death of a child may be considered the worst trauma that any human can experience. Though it’s not a terribly common experience in the United States—about 10,000 children between the ages of 1 and 14 died in 2016—the horrific potential for childhood mortality looms large. While reassuring, the numbers also make plain why this one specific type of loss is so feared, so painful, and so stigmatized.

“The death of a child is considered the single worst stressor a person can go through,” says Deborah Carr, chair of the sociology department at Boston University. “Parents and fathers specifically feel responsible for the child’s wellbeing. And they’re not just losing a person they loved. They’re also losing the years of promise they had looked forward to.”

Although parents mourning the death of a child are, in many ways, experiencing classic grief responses— usual battery of psychological, biological, and social repercussions—there are many unique challenges. The trauma is often more intense, the memories and hopes harder to let go of. As such, the mourning process is longer and the potential for recurring or near constant trauma is far greater. “The death of a child brings with it a range of different and ongoing challenges for the individual and the family. Everyday questions such as ‘How many kids do you have?’ can trigger intense distress.” explains Fiona MacCullum, a professor at the University of Queensland. “Some people do find ways of living with the loss. Others struggle to find meaning in life.”

Psychological Impacts: How The Trauma Of Child Loss Harms The Psyche

Interestingly, very few studies have delved into the nightmare of the death of a child. Most of the research on the psychological response to death focuses on the loss of a spouse or a parent. Presumably this is in part because of the difficulty of finding subjects for study and also in the potential difficulty of recruiting participants in anything longitudinal.

“While there have been significant advances in our scientific understanding of grief, we have a long way to go,”  MacCullum says.

That’s not to say we are without literature. One 2015 study of 2,512 bereaved adults (many of whom were mourning the loss of a child) found little or no evidence of depression in 68 percent of those surveyed shortly after the tragedy. About 11 percent initially suffered from depression but improved; roughly 7 percent had symptoms of depression before the loss, which continued unabated. For 13 percent of the bereaved, chronic grief and clinical depression kicked in only after their lives were turned upside down. (If those numbers seem low, it’s worth remembering that it is entirely possible to be deeply sad without being depressed.)

Unfortunately, the research suggests that psychological damage done by a child’s death often does not heal over time. One 2008 study found that even 18 years after the death of a child, bereaved parents reported “more depressive symptoms, poorer well-being, and more health problems and were more likely to have experienced a depressive episode and marital disruption.” While some parents did improve, “recovery from grief…was unrelated to the amount of time since the death.”

“The first year after losing a younger child, a parent is at an increased risk for suicide and everything from major depression to complicated grief,” Dr. Gail Saltz, a psychiatrist at the NY Presbyterian Hospital Weill-Cornell School of Medicine, told Fatherly. Complicated grief differs from expected, normal grief, in that “there are more intense symptoms, alternating with seemingly no symptoms—a numbness—which potentially impairs their ability to function.”

“A parent who grieves without any type of serious complications, such as suicidal thoughts or self-harm behaviors, would be the best-case scenario,” says Dr. Kirsten Fuller, a physician and clinical writer for the Center of Discovery treatment centers. “Worst-case scenarios would be experiencing suicidal tendencies, psychosis or developing a mental health disorder or an eating disorder.”

Biological Impacts: How The Death Of A Child Changes A Parent’s Body

The impacts of this tragedy are not solely psychological. In 2018, Frank Infurna and colleagues looked the general health and physical functioning of 461 parents who had lost children over the course of 13 years. “We did see some decline, followed by a general bounceback, or recovery, over time,” Infurna, who studies resilience to major stressors at Arizona State University, told Fatherly. Physical functioning was focused on one’s ability to complete various everyday tasks, and “we didn’t see much change in this,” Infurna recalls. But when he reviewed bereaved parents’ self-reports—whether they felt they got sick often, or whether they expected their health to improve or decline— he found poorer perceptions of health.

As with all major grief responses, the mental health trauma of losing a child can kick off physical symptoms, including stomach pains, muscle cramps, headaches, and even irritable bowel syndrome. A handful of studies have found more tenuous links between unresolved grief and immune disorders, cancer, and long-term genetic changes at the cellular level.

One surprising impact, often seen among parents mourning the loss of a child, is known as broken heart syndrome—a condition that presents oddly like a textbook heart attack. Symptoms include “crushing chest, pain, ST-segment elevation on electrocardiography, and elevated cardiac enzyme markers on lab results,” Fuller says, citing her previously written work on the subject. “As a reaction to emotional or physical stress, the body’s natural response is to release catecholamines, also known as stress hormones, that temporarily stun the heart muscle.”

Chronic stress can even impact how the brain functions, as long-term exposure to the stress hormone cortisol has been linked to the death of brain cells. And in a cruel twist of neurobiology, the regions of the brain responsible for grief processing, such as the posterior cingulate cortex, frontal cortex, and cerebellum, are also involved in regulating appetite and sleep. This may explain why grieving parents develop eating and sleeping disorders in the aftermath of the loss.

“There are many many studies that have looked at the ongoing health effects of high levels of chronic stress,” Saltz says. “And when you look at lists of stressful life events, this is at the top.” 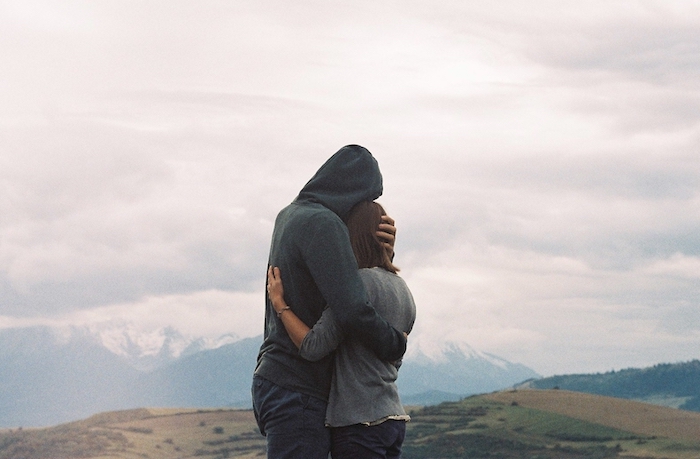 Major life stressors naturally take a toll on marriages. But divorce in the aftermath of a child’s death is not inevitable. “It’s really important to underscore that the death of a child is not going to ruin a marriage,” Carr says. “It generally makes a troubled marriage worse, and a strong marriage better.” When dealing with illness or addiction, spouses who disagreed over the best course of treatment are at particularly high risk. “If one spouse blames the other, or feels the other did something to hasten the death, that’s almost something that cannot be recovered from.”

There are also factors, beyond the couple’s control, which may sour or save the marriage. “Grief, trauma, and depression impact one’s ability to participate in all meaningful relationships,” Saltz says. “But I have seen couples where the opposite is the case. They become closer, they support each other. This is the only person who can really understand how you feel.”

Mothers and father who lose a child often must also contend with surviving siblings. Figuring out how to parent after losing a child is a unique challenge and here, too, experts agree that the outcomes for both the surviving children and parents largely depend on the state of the relationship before the trauma. The death can both bring a family together or tear it apart.

When dealing with terminally ill children, one particular risk is that other siblings may feel neglected, or find too many responsibilities foisted upon them while the parents shift their focus solely to the suffering child. A sick kid “is going to consistently get more attention, because they have to,” Carr says. “Sometimes the other children’s needs aren’t met, or they are treated like little adults, given more chores to do, or expected to provide emotional support to the parents.”

“That can be really troubling for them. Or it can be empowering, but difficult.”

Predictors: How Age Of The Child And Other Factors Impact The Trauma

A handful of studies have tried to pinpoint key factors that influence how well parents adjust in the aftermath of losing a child. One 2005 study found that the child’s age, the cause of death, and the number of remaining children was strongly linked to the levels of grief displayed by parents, while depression was linked to gender, religious affiliation, and whether the bereaved sought professional help. Subsequent studies have uncovered other predictors of lower grief responses: a strong sense of purpose in life and having had the opportunity to say goodbye.

“It depends on the psychological makeup of the parent, whether they have a history of mental illness, what coping skills and what social supports they have,” Saltz says. Outside factors can play a role, too. Suicide is often more difficult but a terminal disease can present recurring traumas over a long period of time. Saltz also suspects that gender may be part of the puzzle. “This will undoubtedly shift, but historically mothers have been the primary caretakers and more likely to have their identities wrapped up in being mothers,” he explains, adding that this may result in stronger responses among women who lose their children

One of the most salient predictors of trauma is the age of the child. Miscarriages and stillbirths are devastating, and made worse by the fact that the loss is often diminished by public perception that a fetus is not a fully-formed child. But “is it as devastating as the death of a child who has been alive for many years? Not to diminish this experience, but I think not,” Carr says.

Once a child is born, however, the script flips. Older adults who outlive their children generally have an easier time coping than parents who lose very young children. “The age of the child is really important, because it speaks to promise,” Carr says. When a young child dies, that promise dies with them: “the graduation, the grandbabies, the marriages—that’s lost, too.”

Nonetheless, even older adults may suffer intensely after the death of an adult son or daughter. “You can meet someone who is 75 who loses a 50-year-old child, and it’s still devastating,” Carr says. “There’s this belief in the natural order. A parent should die first. So even though age matters, older parents still are quite bereft. They’re just losing less of that long-term promise.”

Coping: How to Provide and Seek Comfort

After a child dies, those who are left behind may experience depression, biological and neurological changes, and a destabilization of the family and marriage. “If you’re in this situation, and it is impairing your ability to function, you need to seek treatment,” Saltz stresses. “Parents who fall into major depression will be unable to parent other children, or be in a marriage. Psychotherapy can be helpful and medication can too, at least in the short run.”

The best thing that friends and loved ones of bereaved parents can do is be present, available, and supportive. If the bereaved speaks of suicide, take them to an emergency room; if the situation is less dire, but the grief does not seem to abate over time, help them make an appointment to speak with a professional or attend a self-help group with other bereaved parents. Because even the most sensitive souls are seldom equipped to help parents cope with a loss of this magnitude—and no matter how hard you try, you’re unlikely to really understand.

That’s where a self-help group’s value really shines through. “The one thing that people who have lost a child hate hearing from others is ‘I know what you’re going through,’” Carr says. “They cannot possibly know.”