Grieving raises your risk for illness, even death 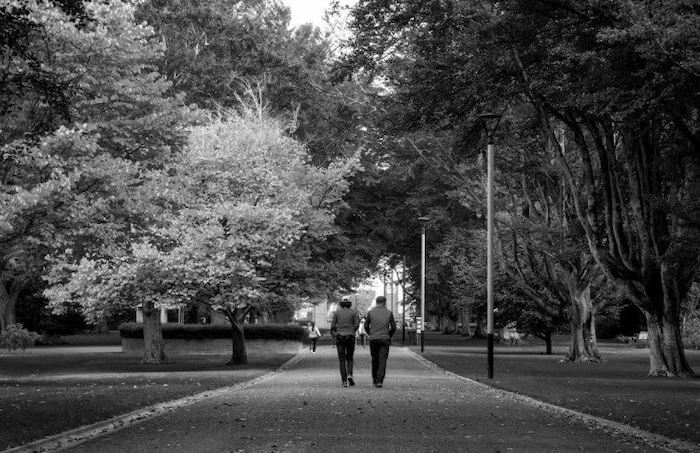 Bereavement is an old-fashioned term, harking back to an era when family members who lost a loved one dressed in black, literally wearing their grief for all to see.

Today, mourning a death has few rules, traditions or identifiers. But research indicates that a significant loss is deadly serious, putting the grieving at higher risk for serious health problems, and even their own premature death.

For more than a decade, Dr. Toni Miles has studied the impact of bereavement. A physician with a Ph.D. in public health, Miles is a professor of epidemiology at the University of Georgia and director of its Institute of Gerontology.

As the boomer population ages and more individuals live with grief, Miles believes the time is right to look at bereavement care as a public health issue that can buffer the negative impact of loss. Her research also identifies effective strategies to support the bereaved.

In this interview, Miles explains how bereavement affects people’s health and mortality and what we can do to better help those who are grieving.

Kevyn Burger: What toll is taken by the loss of a close family member?

Dr. Toni Miles: Critical losses are destabilizing and accumulate over time. The death of a significant loved one — by that I mean a parent, spouse, sibling or child — increases your own risk of dying.

I’m not talking about the anecdotal story of an older couple that dies within twenty-four hours of each other. I’m using a large data set of people fifty and older, studying people who report they’ve lost someone close in the last twenty-four months. At a population level, those people are two times more likely to die over the course of a lifetime than someone without that loss.

What else does the data show?

The rates for premature death are highest in the first two years after the loss. The research also shows that the younger you are when you lose someone important to you, the worse it is for your health. The elevated mortality risk for children who lose a parent goes up fivefold. In our models, losing a child, even an adult child, statistically carries a high risk of morbidity.

It sounds like time, in fact, does not heal these wounds.

That’s true. The risk never goes away; it does not return to the expected level of the general population that has not experienced such a loss. Even when you adjust for age, the risk stays higher. When we measure this at a population level, we believe that five percent of the deaths that happen in a year are attributable to a loss; by that I mean, they might not have died if they didn’t have this loss in their background.

What’s the physical toll of grief?

Bereavement is this feeling of profound loss; it’s having a giant hole in your soul. You are living with this feeling that you didn’t have before this event. Your physiology is perturbed. People gain or lose weight, their sleep is disturbed. They take up smoking again. Grief sends people to the doctor and the hospital.

And, sooner or later, everybody loses a significant loved one.

If people started turning purple with each loss, we would be able to see it in front of us. Some people are lavender, others are like an eggplant.

After studying the risks and outcomes of elevated mortality from a public health perspective, I say we are in the midst of a hidden epidemic.

What can be done to help?

We need bereavement care for the grief-stricken. We need to take care of the people around the deathbed, not just the person in it. Bereavement care is a therapeutic strategy that can build resilience. There are things you can do that are non-pharmacological that counter the negative effects of loss. (People) need permission to grieve and help processing what they’re experiencing, from professionals or from people who care.

Do we collectively do a good job caring for bereaved people?

Not at all, but we could. I want this research to influence policy. I’m looking for ways to interject bereavement care into our society. We can use this knowledge to lower that known elevated risk. For example, the literature shows us that the loss of a family member significantly increases stress hormones in pregnant women. Knowing that can be huge for practitioners. It can change how a mother-to-be is cared for.

What are other risk factors that impact the health of survivors?

A death can mean a financial loss to the household. In the statistical model, we found that people who were getting money support from the deceased and take a financial hit are more likely to get sick and die. We often overlook that.

From a practical standpoint, what can we do to help a friend or neighbor who is mourning the loss of a significant loved one?

Encourage physical activity. I say, walk the bereaved. This is something a friend or neighbor can offer after a loss. Show up and say, ‘Let’s take a stroll.’ Movement cuts the risk of negative outcomes in half in our (research) models in people over fifty. The data showed a benefit derived from any type of physical activity. Activity also decreases the instances of insomnia, and if you can sleep, you can heal.

What about the gesture of bringing food after a funeral?

A lot of comfort food is fatty and salty. Every recipe in Georgia starts with, ‘Fry a pound of bacon.’ When my bother-in-law died, I thought, ‘These people are trying to kill us.’ Don’t bring the casserole with the cream sauce. Bring a nice bowl of fresh fruit.

Any ‘don’ts’ to keep in mind when expressing sympathy?

To a person, those who are bereaved say, ‘Don’t tell me you know how I feel.’ Even if you think you do, they won’t buy it. It will only anger them.

Be prepared to listen, but not everyone wants to talk. In the movie First Man, the Neil Armstrong character lost his young daughter. Five years later, her death comes up in a group setting. It brings her back to him and he has to leave. He goes home and is looking at the moon when a friend shows up and asks, ‘Do you want to talk about it?’ Armstrong replies, ‘No, that’s why I came here.’ That moment is very illustrative. He needed his friend to just sit quietly and be a presence for him. Sometimes that’s good enough.