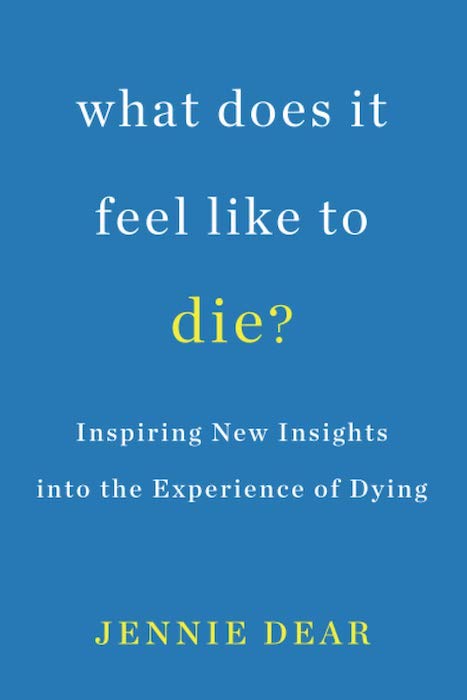 “Everyone’s death is different,” writes Jennie Dear at the end of her book, What Does it Feel Like to Die? Inspiring New Insights into the Experience of Dying. Dear is correct: just as every life is different, so every death is different. The dissimilarities in deaths lie in whether or not we accept the inevitability of death and especially in our internal dialogues about the necessity of death. Dear’s book tries to answer an old problem: how to speak openly and freely about the different ways of dying? The power of modern medicine makes these discussions particularly urgent—to preserve autonomy and avoid harm at the end of life. What does it Feel Like to Die? is an open invitation to talk about the limits of life as well as of the limits of medical technology.

Real life experiences are “the best teacher.” In Dear’s book readers learn how her family members and friends confronted the existential crisis that comes with dying. The book is directed to readers eager to understand the meaning of facing our mortality, the significance of dying, people’s deep denial about what is happening, and the ways to cope with dying. She uses many ways to answer the difficult question: What does it feel like to die? In richer societies, modern death is sometimes a kind of disease as instead of prolonging life, medicine prolongs death.

Dear discusses how in rich societies assisted suicide and euthanasia were until recently largely taboo. The major impression of the West of the Buddhist monks expelled from Tibet after the invasion by China was the almost absolute negation of death. In many Eastern cultures knowledge of self precedes knowledge of the world. The order is clear: first the inside, then the outside. In the West the order (or disorder) is upside down: first the exterior, occasionally the interior. When people do not reflect on themselves, and the purpose of living is seen in material achievements, it is difficult to accept and understand the dying process.

What Does it feel Like to Die? is not a medical book and is not directed at health professionals, but an increasing number of health professionals are themselves unfamiliar and uncomfortable with death. It is a vivid book about the process of dying by a daughter, a former journalist, and long-time hospice volunteer. The triad of daughter, journalist, and volunteer allows Dear to study the soul of very sick patients who will die in weeks or months despite the best attention from doctors and nurses. She understands the implications of end-stage disease, “a disease that cannot be cured or adequately treated that is reasonably expected to result in death of the patient.” She explains in plain language the feelings of dying patients: “dying is different for everyone. There’s no textbook”; “pain seems to dissipate in the very last few hours, and, for most people, those hours are peaceful”; “in the last two weeks of her life, my mother was ready and eager to die”; “I’ve also tried to convey some sense of the beauty and joy that often surround dying, the sense of meaning it can give to the dying person and people around her.”

Dear includes topics like the existential “slap”, where people die, whether dying hurts, and the last few hours of someone’s life. She considers doubts and questions that we should all contemplate. The language is clear, and she mixes personal reflections with the words of doctors, hospice nurses, and other published accounts of the dying process. This book can help the internal debate we should all have about death and dying and our own deaths.