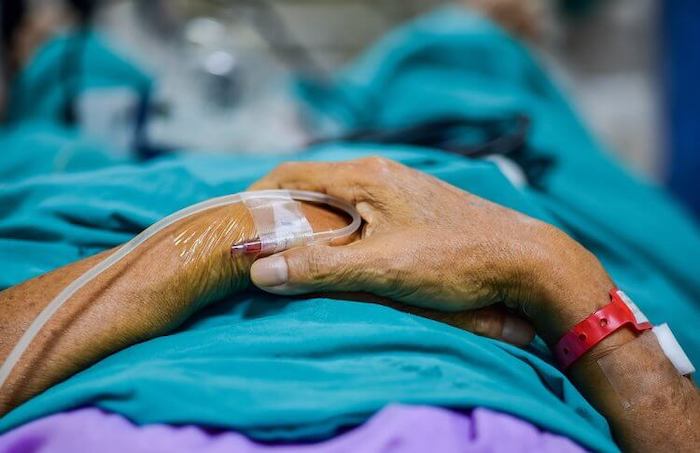 Death with dignity is a movement gaining steam.  A June 2017 Gallup poll found that 73 percent of Americans supported medical aid in dying at a patient’s request, as long as it is painless.

Oregon is just one of six states plus the District of Columbia with laws in place that allow medical aid in dying. Doctor-assisted suicide will also become legal in Hawaii in January 2019. In 2018, 23 states entertained death with dignity legislation, and Maine is voting on a ballot initiative in 2019.

While the names of the bills vary — Death with Dignity, Medical Aid in Dying, Medically Assisted Dying — the bills are remarkably similar.

Death With Dignity: The Details

For death with dignity, participation by doctors or nurses is strictly voluntary. No doctor can be compelled to prescribe life-ending medicines, there are no government programs which will provide assistance and there is no database of participating doctors.

To qualify for a prescription for life-ending medications, patients must prove they are a legal resident of the state in which it is legal, be 18 or older, be mentally competent and diagnosed with a terminal illness that will likely lead to death within six months. Patients must also be able to self administer the medication. At least two physicians must determine all criteria are met, and several states with pending legislation require witnesses who are unrelated to the patient who have no financial interest in the patient’s estate.

Physicians must also inform patients of alternatives, such as hospice, palliative care and pain management techniques. Physicians may make a referral for psychological or psychiatric evaluation. The laws and bills also require the patient to make at least two oral requests with a waiting period of at least 15 days (20 in Hawaii) between requests, followed by a written request.

Dr. Jamie Wells, a medical ethicist and a director of medicine for the American Council on Science and Health, said the debate over medically-assisted dying laws is difficult in part because we live in a binary culture which tries to reduce everything to black and white. But the individual situations where a law like this would come into play, she noted, are often gray.

“I wish we had more of an honest portrayal of how things happen in these circumstances. Nuances matter, and with these conversations about right to die and end of life, discussion is lost and progress is not made,” Wells said. “There are many shades of gray. Some people refuse further therapy. Sometimes trying the last-ditch chemo can be the cause of death.”

“When people have a failed attempt they can acquire new disease and illness which increases their suffering,” Wells said. “People who attempt to overdose on Tylenol, for example, can have profound liver disease as a result.”

End-of-life care is an area of medicine where a patient’s family often has an influence on care. But since death with dignity legislation requires non-family witnesses, patients aren’t pressured into ending their lives prematurely.

The opposite scenario happens as well — one where family members resist the patient’s desire to die.

“I’ve literally had a spouse say to me, ‘He can’t die until this date because that’s when the next check comes in,’” hospice nurse Alison Keeler of Washington state said. “Family isn’t always on board with a death with dignity decision. I became a hospice nurse because so often we were doing interventions on people that I felt were really hastening their deaths. They weren’t comforted. They suffered.”

Kristin Metzger of Maryland, another hospice nurse, has taken care of patients who had family members waiting on an inheritance and patients who receive the gamut of care because a family is depending on a Social Security check.

Metzger stressed that terminal patients, regardless of whether they are in a state where medical aid in dying is legal or not, should not have to worry about suffering or pain.

“Is physician-assisted dying the answer or the Band-Aid? I actually wonder if we put our work and energy into addressing the root cause — if hospice isn’t actually the answer.” Metzger said. “Many people live longer on hospice because we’re managing their quality of life… If people truly understood what hospice and palliative care can provide for the terminally ill, no one would ever consider medical aid in dying.”

While Metzger, Keeler and Wells hold different opinions on death with dignity legislation, all three agreed it is important for families to discuss their opinions and wishes openly long before a crisis occurs.

“In a perfect world: Everyone has the right discussion at the right time when they can make the right decisions, but unfortunately people are messy and complicated.” Wells said.