Life Is About More Than Your Possessions 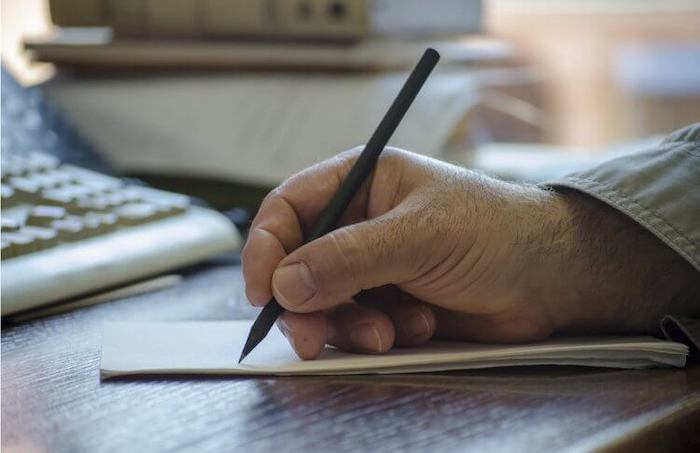 Have you considered how to pass on your non-material assets?

When people find out Debby Mycroft helps people write ethical wills, she always gets a predictable response: The Lament.

“They say, ‘Oh, I wish I had a letter from my dad or grandmother or great aunt,’ whoever that person was. I have not come across a single person who has not wanted a letter from that special person,” says Mycroft, founder of Memories Worth Telling.

Unlike legal wills, ethical wills — also known as legacy letters — are not written by lawyers, but by you. They can include life lessons, values, blessings and hopes for the future, apologies to those you fear you may have hurt or gratitude to those you think you have not thanked enough. Traditionally, they were letters written by parents to children, to be read after death.

People who do not have children address them to friends or groups. One of Mycroft’s clients was placed in child protective services when she was quite young because her parents were addicts. “She had a rough upbringing. She intentionally decided not to have children herself. But she wanted to write an ethical will to other foster kids to let them know [they] can survive this,” Mycroft explains.

Why Write an Ethical Will?

Think that your life isn’t important enough to warrant an ethical will? Mycroft disagrees, saying, “You don’t have to be a war hero or a Nobel Peace Prize winner for your story to have value. When people accept awards at the Olympics, they thank the people who had an impact on their life, like Mom or Dad, who was always there to take them to training.”

But there’s an even more important reason you might want to consider a legacy letter. According to Barry K. Baines, author of Ethical Wills: Putting Your Values on Paper, such documents can bring enormous peace of mind.

Baines recalls one dying patient who was bereft because he felt there would be no trace of him when he left. “The first wave would wash away his footprints. That sense of hopelessness and loss was overwhelming,” says Baines. The man rated his suffering at 10 out of 10; after he wrote his ethical will, his suffering reduced to zero.

Don’t wait until you are on your deathbed to do this, Baines warns. As soon as you articulate your values, suddenly you start to live your life more intentionally. Especially if you share it.

“Live your life as you wish to be remembered,” Baines advises. Plus, he adds, legacy letters can help with making amends, addressing regrets and healing relationships.

Ethical Will: Telling Your Own Story

If you don’t feel capable of writing your legacy letter yourself, you can use an online template, take a workshop, read a book about it or work with a professional writer.

But don’t judge your skills harshly. Baines finds that whether people are educated or not or if their letters are simple or complex, they always have a certain elegance because of the truth they contain. “When the families get one, they just glow,” Baines says, adding, “This is a unique gift that only you can give.”

When you write your letter, don’t just say, “My core values are consideration, gratitude, kindness, simplicity,” advises Mycroft. Tell a story about how you’ve lived these values.

In her own legacy letter, Mycroft told her kids about a temp job she had as a teen. She appeared nicely dressed in a skirt, blouse and heels. When she walked in, the employers gave her a funny look and asked, “Why do you think you are here?”

She explained the agency had sent her out for secretarial work. Then her employers handed her a hard hat and steel-toed shoes. “That’s when I look at them quizzically.”

Turns out they were a plastic-bag manufacturer and she was supposed to sort through damaged goods to salvage the ones that could be sold.

“I was so angry that that agency had sent me out on that job. It was hot and humid in Virginia. I was fuming,” Mycroft says. “When I got home, my parents started grilling me. They said, ‘Did you agree on this job?’” And Mycroft confirmed that she did.

Mycroft stuck with the job as promised. “That was my first lesson in integrity, perseverance and diligence,” she recalls. She did what she said she would do. As a postscript, she got fantastic jobs from the agency over the rest of the summer. They knew they could count on her.

What Goes Into the Legacy Letter and What Stays Out

Ethical wills are often likened to letters from the heart, so perhaps the best advice is to literally write a love letter.

Love letters don’t recriminate. They don’t judge. They don’t scold. A love letter is there to show how much someone matters to you.

Criticisms and judgments should be left out, advises Mycroft. It’s okay to include regrets and family secrets, even if they hurt. If worded properly, these could bring the family to a place of acceptance and understanding.

She notes, “Sometimes when those things are hidden for so long it causes a lot of resentment — as in] why didn’t they tell me I was adopted? I wish I had known.”

“Definitely avoid manipulation,” Mycroft advises. “Legacy letters are beautiful expressions of love and encouragement, telling other people what is so fantastic about them. I do not think they should be hands reaching up from the grave slapping you or saying, ‘I told you so.’”

Think about how your letter might be received. Baines worked with a woman who had a very hard life. “Every part of her ethical will was blame and guilt-tripping,” he recalls. While some people can turn around a bad experience and use it is an example of what not to do, this woman could not.

“It almost seemed like she was purposely trying to hurt people,” Baines says. But eventually she realized that and gave up, sparing her family the hurt she would cause them.

Get a Second Opinion

Baines believes writers should show their legacy letter to a trusted friend before passing it on, to avoid inadvertent errors. Your reader might say, “You mentioned your two children, but you only write about one and not the other.” That could be extremely hurtful.

Baines also urges people to share the letters while they’re living. It might be painful, but there’s still potentially an opportunity to mend wounds. After you die, there’s no recourse at all.

What About Videos or Selfie Videos?

Some people make videos or selfies of their ethical wills, but keep in mind that technologies can become outmoded.

Mycroft gave both her children the letter and a video of her reading the letter so they not only have her words, but can also hear her voice.

“I’ve heard of people saving voicemails of people who have passed on,” she says. “Can you imagine saving a voicemail and all it says is ‘Susie, are you there? Can you pick up? Hello?’ If you’re willing to save that message just to hear their voice, how much more powerful would it be to hear your voice reading that letter?”

The Time Is Now

The time to write your spiritual legacy is now. Mycroft provides a case in point about her mother, who knew the family lore and lineage.

“I gave her one of these fill-in-the-blank family history books because I wanted to make sure it was preserved,” says Mycroft. “Five years later, when she had passed away and I went to clean out her office, I found the book. It was completely empty.”