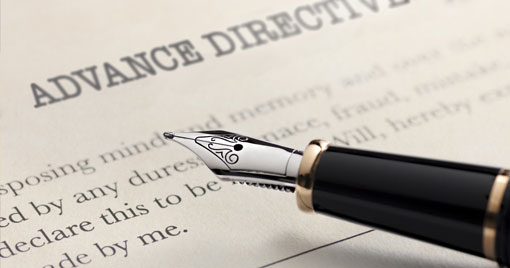 Five minutes. That is all I had to make my case: to convince this 80-year-old man to fill out an advanced care directive. John, as I’ll call him, had served in the military for over thirty years, risking life and limb for his country. Many times he came close to death, suffering fractures and blast injuries and witnessing the raw, unfiltered trials of war. He retired as soon as his pension kicked in, and hadn’t worked in over 25 years.

Neither had he paid much attention to his health. Once, he had a loving wife and two children, and was concerned with his body—how it would hold up to the wear and tear of aging. But his wife had passed away ten years earlier, and his children were now estranged. John lived alone in his house, lonely and unemployed. And so his hypertension, coronary artery disease, and chronic kidney disease no longer delivered the same existential fright. All John wanted to do was sit in his home, away from others. And that is what he did.

Then, two months prior to our meeting, he was hospitalized with pneumonia. Weeks later, he was hospitalized again. And again. And a fourth time in two months, despite a week-long stay involving critical care and mechanical ventilation just days beforehand. He was running a fever, and his breath was labored. He lost his appetite and control of his bowels. The combination left John nutritionally shortchanged, and his medical team was forced to place a feeding tube directly into John’s stomach, passing straight through his abdominal wall.

Yet for all this treatment, John’s prognosis wasn’t looking any brighter. Lab tests returned with clear signs of malnutrition and vitamin deficiencies; they also suggested possible liver disease. And while John passed his cognitive exams, he was diagnosed with mild depression. But all he could tell the medical staff was how he had “been through so much worse”—and how he just wanted to go home, get away from the beeping and humming hospital, and be done with it.

Three minutes. All these facts and histories left me with one general, almost blanketed feeling: John was not going to live much longer. If John really wanted to go home, if there was really some way in which we could do right by him, we had to act now.

I was sitting face-to-face with the man. It was as if his tired, tumultuous medical history—like some solemn but unexpected musical score—was playing before me with a surprising timbre. One might have thought that this military man would want to fight, would need to fight—but the opposite was true. He was just plain tired. Tired of the hospital, tired of the doctors, tired of the medications, tired of the tubes in various orifices, natural and artificial. John just wanted to go home.

Ninety seconds. I had spent most of the conversation probing John’s mind, trying to find what mattered to him. I asked him what his understanding of his illness was. I asked him what concerns he had. I tried to uncover his goals, his priorities. Then: which outcomes were unacceptable? Which compromises seemed favorable? And ultimately, what did a good day look like?

Forty-five seconds. John had answered all my questions. Yet I realized that, for all my probing, I was still beating around the bush. John was probably not going to live much longer; and if we didn’t take initiative, he might live the rest of his life bouncing in and out of hospitals—a prospect he abhorred.

But how could I ensure that John wouldn’t return to the hospital for treatment he didn’t want? Thirty seconds. The answer was simple, stupefying: an advanced directive. With John’s advanced age and complex medical history, he needed something to explicitly convey all that he had just told me. His concerns, his goals, what was unacceptable, what could be compromised: if these were written down, John would stand a markedly better shot of living—and yes, dying—on his own terms. So I spent the last half-minute of our conversation describing the advanced directive form, highlighting its purpose and importance. He seemed uncertain, suspicious at first. Was I telling him that he would die? But he soon realized that, in reality, this form was not about his death. It was about his life, and what he did and did not want if something were to happen to that life. I saw a spark of change flicker across his eyes, as he looked down at the form I had handed him.

Then time was up, and John—the 80-year-old war veteran, the man with pneumonia and cardiovascular disease—transformed into a young, presumably healthy woman, as the two of us chuckled at the change. But what had just transpired was not fiction—not quite, at least. What had transpired was the enactment of a timely, crucial endeavor for our modern healthcare system.

Since the start of the new year, I’ve been participating in a weekly seminar at Stanford’s medical school, focused on difficult conversations surrounding serious illness. My motivations are simple: as a future physician, I face countless difficult conversations ahead, many of which will reveal my profound incapacity to guide another human being through the sufferings that they, and not I, experience. That is—I will be incapable, if I don’t come prepared.

So I was excited for the seminar’s second session, held a few weeks ago, on advanced care directives. On their surface, advanced directives are quite simple: legal documents dictating how a person’s health care decisions should be made, if that person becomes incapable of making those decisions. But what sorts of decisions are specified? How does one fill this document out? And what role do healthcare professionals have in the process?

The questions pulsed through my mind as I spoke with “John”—a character, essentially, played by a classmate who had read a fictional case report before class. (The case, nonetheless, was based on actual patients.) My job, playing the role of medical professional, was to help John understand his situation, his fears, his desires. That’s it. Even though we had spent the first half of class learning about advanced directives—their benefits and shortfalls—I was under no agenda to push this document in his face. Or at least that’s what I thought.

When I actually got to speaking with John—portrayed in Oscar-worthy fashion—I realized that I could not separate his situation, his fears, his desires, from the value of an advanced directive. As many families already know, things become messy at the end of life. Questions abound about the intensity of treatment, the continuation or refusal of care, the proper setting for one’s last days. These questions can be difficult for patients themselves; even those who have plenty of time to think. Now imagine a family, deciding in a split second whether or not the medical team should resuscitate their 80-year-old grandfather (or whoever it may be), without any prior guidance. Or, think about someone bouncing between home and hospital for the last few months of their lives. Assuming they were cognizant enough to be aware of the situation, what would they think?

They might hate their last days. Or, they might want things that way. This is the exact problem: without advanced directives, we simply don’t know. So when I read through John’s case before class, and when I met the “real” person before me, I couldn’t get these documents off my mind.

But what are these documents? For all the largeness and complexity of life and death, advanced directives are rather simple. Though a wide variety of different forms exist, two components are almost always included: the Durable Power of Attorney for Health Care (DPAHC), and the “living will.” In the DPAHC section, one lists an individual (and alternates) to make one’s medical decisions in the scenario that one is no longer capable of doing so. The “living will” section complements the DPAHC, providing specific instructions for things like prolonging (or not prolonging) life, and when (if ever) pain-relieving medication should be withheld. There is usually room in this section for “other wishes”—for example, the wish that one never be intubated. In the form used for class (which is also the form used in Stanford Hospital), sections followed pertaining to organ donation, designation of a primary physician, and witness statements. The entire document was only 5 generously-spaced pages, and there was no jargon. In the first half of class, I filled out my own advanced directive in fifteen minutes.

The form is valuable and simple. But there are still problems to overcome. For one thing, a recent study found that only 37 percent of Americans currently have advanced directives. This is in spite of a resurgent national conversation on end-of-life care, and new Medicare reimbursement for physicians who provide advance-care counseling. And while older adults are more likely to have advanced directives (particularly those in hospice care), no demographic has even approached comprehensive advance-care planning. Americans with chronic illness, for instance, have a 38.2 percent advanced directive completion rate—compared to 32.7 percent in healthy individuals. As one physician told Reuters, “The fact that only a third of sick patients are expressing their end-of-life wishes means we’re in trouble.”

There is clearly some gap, some pitfall, which has stifled the full potential of advanced directives. And as I learned while talking to “John,” that pitfall sometimes sits right in the middle of the doctor’s office.

Even after a lecture on advanced directives, I had struggled to communicate the relevance of these documents to a tired and cynical man. (Even if he was, in reality, a driven young woman.) I found myself struggling with his worries: that this form would take away his independence, that he was signing up to die. But thankfully, these same worries provided a key entryway to John’s desires and values. For advanced directives are, in truth, a declaration of one’s independence. They can be changed or revoked at any time, and superseded by a patient’s spoken or written word. The DPAHC can be restricted to certain decisions, allowing the patient final say in others. If this hypothetical man was tired of the hospital, burdened by the strangeness and beeping of intensive medical care, the advanced directive was one way to reclaim control.

The five minutes of role-play ended with a debriefing between my classmate and I. We chuckled over our thespian shortcomings, and the awkward unnaturalness of the first few minutes. But the lessons learned were no joking matter. We were both future physicians, preparing to serve an aging population—most of which had not thoroughly planned for the end of life. One document was not going to solve this problem, but it was a good place to start. The implications were thus clear as the seminar ended and we waddled off to lunch. My classmates and I would have to understand these forms, understand how we might talk about them with patients of all ages and activity levels. We would have to understand the rhythms of inpatient and outpatient care—how and when one might talk to patients about these forms. But most of all we would have to understand people, their goals, their fears, and what matters to them.

We will have much longer than five minutes to prepare. But our duty is urgent, and we must learn to make our case.