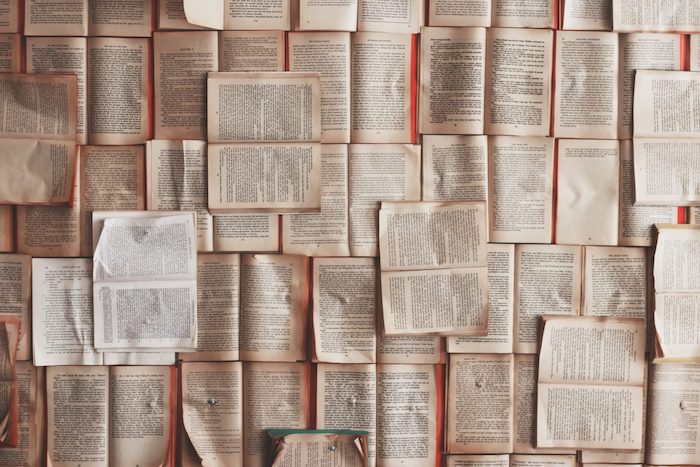 How can you comprehend the incomprehensible? I’ve spent much of this week wondering. I understand the horror of the daily death toll but I cannot feel it. I read the words “the United Kingdom is one of the coronavirus death capitals of the world” and nothing happens. Last year, I cried more than once during the daily briefing which used to punctuate my day. Not for myself but for everyone who had lost their life, for everyone who had lost someone they loved. I was actively grieving for others and for something more nebulous: the time lost to the pandemic, the plans rescheduled, the hopes forcibly realigned. I know that I am at once still angry (with our politicians, mainly) and in mourning (for everything) but I am not actively experiencing either emotion.

Last Wednesday, 1,820 people died because of COVID-19. On Thursday it was 1,290. To put that in perspective, around 1,500 people died on the RMS Titanic, a disaster around which our collective psyche has calcified. In two days we saw almost double that. The most commonly flown plane by easyJet is the Airbus A320CEO. These seat between 180 and 186 people at a time. So, on Wednesday, the number of people who were recorded in the daily death toll was equivalent to 10 of those planes falling out of the sky at once.

We had hoped that things would be better by now, even when experts warned us they would not be. It was too much to bear to think they might stay the same but unconscionable that they would get worse. Even if we knew, on some level, that it might happen, we tried not to entertain the possibility.

How could we, when what we are living through barely fits inside our brains, let alone can be broken down, digested and converted into thoughts so that it can be understood. Until Thursday, according to analysis by Oxford University, the UK had the highest per-person daily death toll of any country in the world. Yes, that’s right – it was around twice that of the United States, a country which is roughly 40 times bigger

As the reality of the third national lockdown sinks in, I’m aware of how much smaller my world has become. I move between my desk, my hob, my fridge, my bathroom and my bed. I don’t even go out on the balcony right now because it’s too cold. Yet I’m constantly aware of how big everything that’s happening to our world is. I worry about friends and family. I worry about NHS staff. I worry about the economy. But I do not feel anxiety or anguish like I did during the first lockdown.

The most commonly flown plane by easyJet is the Airbus A320CEO. These seat between 180 and 186 people at a time. So, on Wednesday, the number of people who were recorded in the daily death toll was equivalent to 10 of those planes falling out of the sky at once.

Why? I am stupidly fortunate in so many ways but it’s not like I haven’t experienced this virus at close quarters. I’ve had it twice. And while I was not hospitalised, the second time was particularly bad. It took six weeks to properly recover from and, in the fifth week, I “turned green” and nearly fainted on a short walk. Some days all I can taste is metal. I have aches that make no sense. I know people who have been hospitalised and, in the last two weeks, I know three people who have lost loved ones.

Yet I cannot locate my feelings; I can no longer be certain how any of this is affecting me, what I am able or afraid to feel. I go outside, it feels better. I notice my body rearrange itself. I open up but I still feel…a bit numb.

Perhaps it’s not surprising. It’s not unusual for people who are grieving to experience emotional numbness. On some level right now, we are all grieving for someone or something. David Kessler, the world’s foremost expert on grief, called this very early on in March last year. He explained that, regardless of whether we had been personally affected by the pandemic yet, we were experiencing “collective grief” and “anticipatory grief”. He also noted how unusual it was. “I don’t think we’ve collectively lost our sense of general safety like this,” he said. “Individually or as smaller groups, people have felt this. But all together, this is new. We are grieving on a micro and a macro level.”

That may all be true but should I be worried that I can’t feel? Or should I embrace it as part of the ongoing task of processing the pandemic? I’m hardly alone in finding this lockdown harder to navigate than the others. Last week Ipsos Mori released a survey of 2,000 adults, of which 43% said they were finding things harder right now, with just 10% saying they were finding it easier.

When we haven’t got enough energy left to process what’s going on around us, we push it down to a subconscious level.
— Linda Blair

Clinical psychologist and author of The Key To Calm, Linda Blair, says that feeling numb is actually self-protective. It’s a coping mechanism. “When we haven’t got enough energy left to process what’s going on around us, we push it down to a subconscious level,” she explains. “The body and mind’s first command is to stay alive. You have to remain alert to the dangers around you but you will push down the actual extent of that danger.”

However, Linda notes that while this is very common “at the beginning of a disaster” or immediately in the aftermath of the death of a loved one, “none of us have known a disaster that’s gone on this long. So we keep cycling into numbness which is not normal.”

None of this is to say that numbing out is necessarily bad. “You really have to respect yourself,” Linda explains. “Your instinct knows what you need and if you need to dial down your feelings in order to go about your daily activities right now, then that is what you should do. Yes, it will hit us later. But everyone’s grieving process will be different and it may be that we have to overcome the public health crisis before we can truly process what it means.”

Almost a year into the pandemic and we hear very few cries from people who want things to “go back to normal”. We know now, beyond any doubt, that everything has changed and that the point at which it changed is now an entire trip around the sun behind us.

Yale historian Frank Snowden studies epidemics. He is particularly interested in how they hold a mirror up to society, to the conditions in which they were able to spread. His most recent book, Epidemics and Society: From the Black Death to the Present, is the result of 40 years of research on the topic.

He notes that “epidemic diseases reach into the deepest levels of the human psyche. They pose the ultimate questions about death, about mortality: What is life for? What is our relationship with God? If we have an all-powerful, omniscient, and benign force, how do we reconcile that force with these epidemics that sweep away children in extraordinary numbers?” These are huge questions, all of which are being asked daily as we try to grapple with what’s going on around us.

So as we buffer collectively, perhaps it’s okay that everything that has happened during the last 12 months is taking a while to sink in, just as everything we must prepare for in the future feels impossible to get to grips with. Perhaps it’s okay that we need to conserve our energy to get through the day, rather than exerting it all in anger at the home secretary as she says we should have shut our borders at the start of the pandemic. Perhaps it’s okay to feel a little bit desensitised to it all if it means you can get through the day because, even with the hope brought by vaccines on the horizon, we are still very much in this.