She believed “love is a superpower” that could make everything all right. 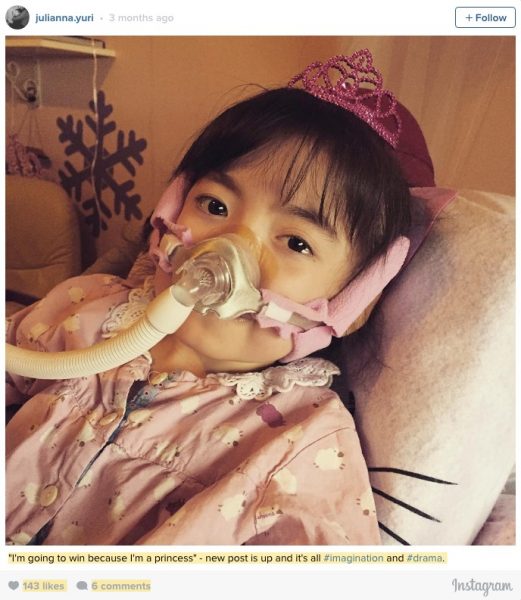 In her last days, 5-year-old Julianna Yuri Snow of Vancouver, Washington, couldn’t move her arms or legs or breathe on her own, but that didn’t stop her from being as fabulous as she could possibly be. Every morning, she put on a princess dress and tiara and painted her nails with glittery polish, telling CNN reporter Elizabeth Cohen that “there’s no such thing as too much glitter.” 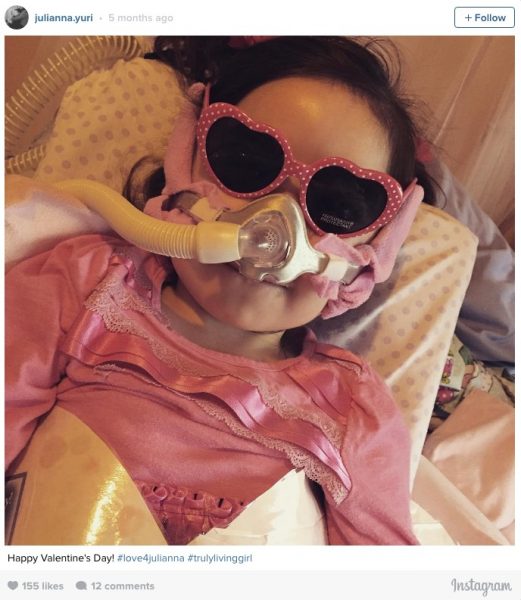 The little girl suffered from an incurable neuromuscular disorder. Doctors said that there was “no light at the end of the tunnel” for her, and so she chose to forego medical treatments and died at home instead of in the hospital on June 14, 2016. 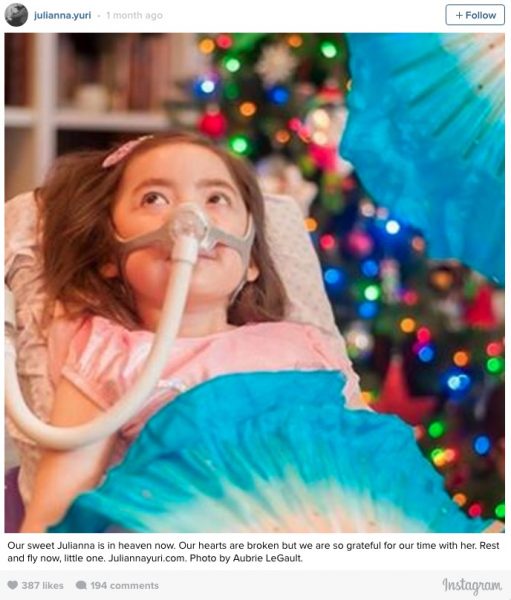 Because Julianna loved tea parties, her parents decided to honor her spirit by throwing a whimsical party at the City Bible Church the following Saturday instead of a traditionally somber funeral. 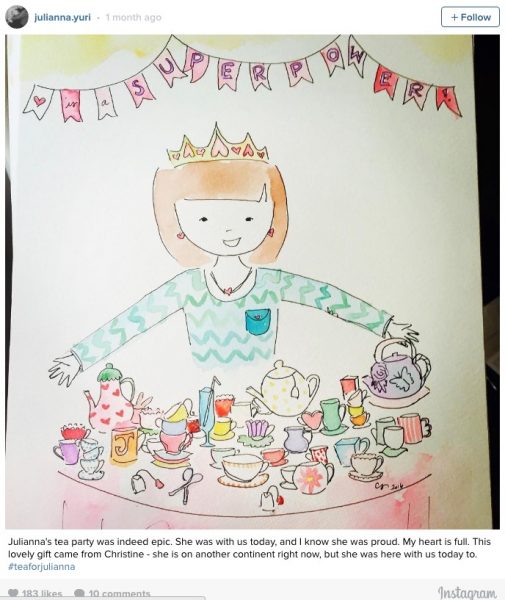 Friends arrived wearing floral print dresses and shirts, and the hall was decorated with everything she loved, including bright colors, pink balloons, and lots of glitter. There was even a nail bar where guests could give each other manicures and a cupcake bar where they could decorate frosted treats. 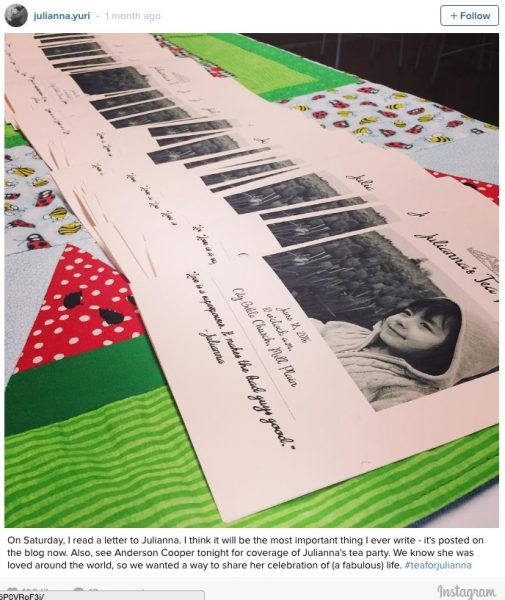 One of the tables was filled with her old toys and tiny dolls, which the children who came were welcome to take home. And on one long table laden with tea sandwiches, there was a poster made by her grandfather, Tom Snow, which read, “Text from Julianna: Arrived in heaven! I am healed! Thank you for your love! Hope to see you in God’s time,” and a banner with a favorite saying coined by Julianna herself: 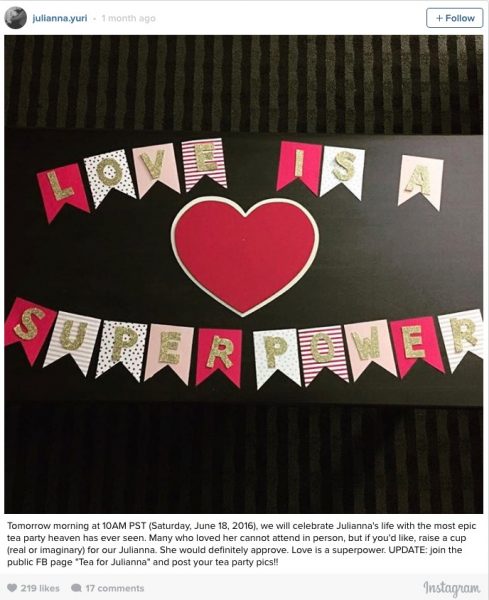