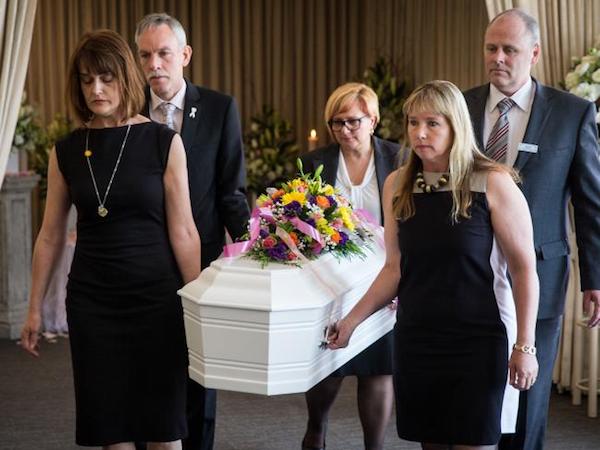 [I] recently read two books in which the notion of female pallbearers was portrayed as a novelty.

One was set in a village in southwest England at the outset of World War II. Most of the “able-bodied” have left the community to serve in the military. When a bomb results in the deaths of two women from the local choir, pallbearer duties fall to female peers — by default.

The second book was set in western Minnesota during the 1980s. A high school student committed suicide, and two female classmates volunteer as pallbearers. Despite the girls’ earnestness, several adults strongly discourage the notion.

The topic of women bearing a loved one’s pall is not a significant plot point in either book. However, both highlight the significance of pallbearers and some gender biases that continue to persist.

In our modern society, “pallbearer” is a general term. If you accept or volunteer to be a pallbearer, you will help convey the casket during various parts of the funeral and burial. It usually involves helping to carry the casket at least a short distance.

Men and women who fill pallbearer roles don’t necessarily attach religious convictions to it. However, the role tends to hold spiritual meaning for those who accept and/or volunteer for the duties. That is, pallbearers essentially understand the duty includes conveying a loved one to his or her final resting place.

That is why “honorary” pallbearers are sometimes listed. Honorary pallbearers are almost always volunteers. The causes vary, such as having more than enough pallbearers or listing those who can’t physically fulfill the physical requirements. 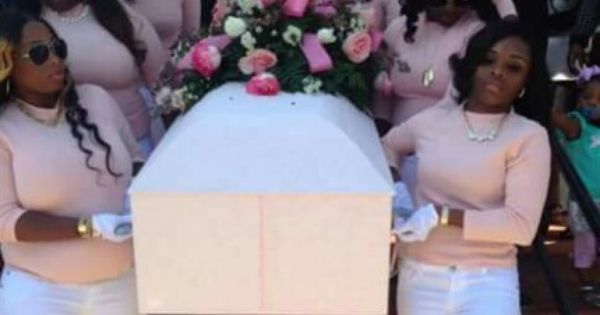 In all cases, the role indicates the desire to fulfill a personal duty to the deceased.

The word “pall” originally comes from Christian traditions and refers to a cloth used to cover the dead.

Thus the practice of bearing a standard of mourning — generally, the “pall” — for the dead comes from various religious practices. These exist in some version across several belief systems.

Many religious scholars believe practices created around such funereal rites have ancient roots and form the foundation of humans’ first religious practices.

The liturgical significance of the pall essentially serves as a universal symbol of death.

For early Christians in north and west Europe, the pall was often black, in keeping with the color of mourning. For example, a poor Scot was buried in the simple black pall when he or she couldn’t afford a casket. Danes draped a black pall over the casket, wagons, carriages and horses.

Over the years, many belief systems have included messages of hope in funeral services, such as the Christian belief in the resurrection. For this reason, white is now a common symbolic or liturgical funereal color.

Considering the significance of the role, why are female pallbearers still relatively uncommon?

I combed through online discussion boards in search of candid conversations about perceptions of female pallbearers. I found sites where men and women alike offered their take. 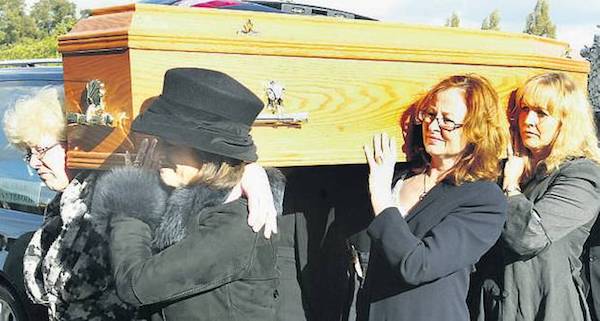 Many believe it likely women aren’t as able to bear their portion of the weight. Meanwhile, women who insisted they could carry their fair share wondered if popular styles of women’s dress shoes knock them out of the running.

While I understand these opinions, I also believe they shouldn’t preclude women from taking up this role. When viewed as the symbolic and sacred responsibility of a child, grandchild, sibling or special friend, both men and women should rise to the occasion.