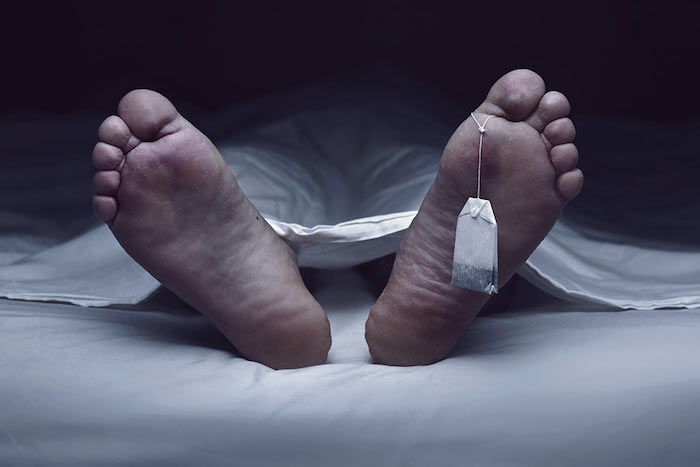 In March, at the beginning of the COVID-19 pandemic, I emailed my oldest son a list of my financial details, a copy of my will, and my advanced medical directive. I thought it was the prudent thing to do in case I contracted the virus and died. Almost instantly, I received his reply: “Is everything alright, Mom?” I had not expected this response and thought it was a good time to have a conversation about death.

As my children were growing up, I made sure to keep the subject of sex in the conversation. I knew that for my children, having sex was inevitable, and there were important discussions to have before it was too late. I wasn’t worried that talking about sex would cause them to have sex; I was more worried that not talking about it might make their lives more difficult. Sometimes it was uncomfortable, but the more we talked, the more approachable the subject became. It’s the same with death. Learning to talk frankly about death and dying takes the burden off everyone. The thought of me, my family members, friends, or anyone dying is uncomfortable, but we need to talk about it.

As the COVID pandemic death toll continues to rise, more people are contemplating their own death, the death of loved ones, and dying in general. Never has there been such a need to talk about death and dying. We have become a society in which talk about death is taboo. We are born, we live, and then we die. We don’t speak openly about this natural series of events; rather we allude to it. The subject has become a source of discomfort. We avoid talking about it directly, just like sex. For some reason, we no longer die. We “pass away.” Why can’t we simply die?

Birth and death used to be a family, community, and religious event. Death was not hidden in a hospital or “care” facility. Discussions about dying and death were not just between a few family members and a medical professional. People were directly and personally involved in caring for dying relatives. Conversations were necessary to plan futures. Death was considered a natural thing and not a forbidden subject. The word “hospice” derives from the Latin word “hospitum,” meaning hospitality or place of rest and protection for the ill and weary. Essentially, going home.

Death as a taboo is taking its toll. When a dying person has not been able to talk about their death, it becomes an unnecessary source of anxiety and depression. These conversations need to be about practical concerns as well as fear, pain, and loss. When final wishes have never been discussed with family members, they are hard-pressed to make decisions at the end of their loved one’s life. Creating living wills and advanced medical directives is a good way to get the conversation started. Once the subject is broached, it may create more opportunities to express emotions and answer questions.

The psychiatrist Irvin Yalom describes four ultimate concerns: death, isolation, loss of freedom, and meaninglessness. These are the most important concerns of the living, and even more concerning for someone approaching the end of life. Why not encourage conversations regarding these deep subjects. What does it mean to those aging or experiencing a fatal illness when the subject of death is taboo? Should they be embarrassed to acknowledge their own mortality? Should they be kept silent about what concerns them most? How can there be dignity and grace in dying when we can’t talk about death?

Our society’s obsession with perfection renders many people unwilling or incapable of dealing with the painful realities of life, especially death. To embrace the human experience means embracing the full spectrum of life’s events, including death. Dealing with mortality can be overwhelming, but approaching death doesn’t have to be arduous. We shouldn’t have to worry about upsetting or protecting others when we need to talk about important things.

I believe the way forward is for us to go back to acknowledging death as what naturally happens at the end of life. We need to revive our conversations about death. It will take courage. It is difficult to face our own mortality and that of those we love. It is always sad and often frightening. Conversations about death remind us that one day, those we care about may no longer be around and maybe, we will die before them. Let’s remember to enjoy and appreciate them now and cherish every moment we spend together! Now is also the time to plan a good death.

If there is one thing I know as a psychotherapist, it’s that talking about our fears eases them. It allows us to be more honest, candid, and at peace. By talking about difficult subjects such as death, you will likely learn that you are not alone and that someone is waiting to have that conversation with you.