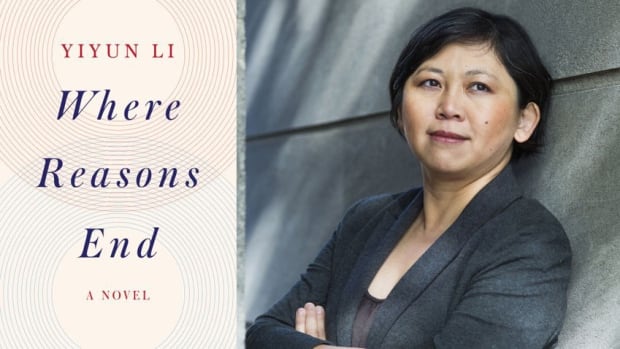 It’s not surprising that someone whose whole life revolves around words would turn to literature in a time of tragedy to make sense of her suffering. The paradox is that the person most likely to seek solace from words is also the most likely to realize their insufficiency.

One such person is the unnamed narrator of “Where Reasons End,” Yiyun Li’s new novel. The 44-year-old narrator is a writer of stories and a grieving mother. For reasons that are never explained, her 16-year-old son, whom she calls Nikolai, “a name he had given himself,” killed himself only a few months earlier — a painful parallel to real life, as Li’s own 16-year-old son committed suicide in 2017

The novel is a series of imagined conversations between mother and son. From the start, we learn that the mother is agonizingly self-aware, both of herself and of the possible futility of these conversations.

That and the parallel to Li’s life are what make the experience of reading this work so powerful: the knowledge that the narrator needs the comfort of words yet senses their limitations. “I was a generic parent grieving a generic child lost to an inexplicable tragedy,” she says in the opening chapter. She seeks specificity, the need to “meet in a world unspecified in time and space … a world made up by words, and words only.”

One of the most arresting aspects of this novel is the way in which Li subverts expectations. One might expect Nikolai to be a sweet boy offering relentless comfort to his grieving mother. He’s a charmer, all right, a precocious son who painted whimsical landscapes, played the oboe and liked classical music and showtunes. And he was a bad speller who labeled a folder of songs “Edith Pilaf.”

But he has a sardonic edge that keeps him from seeming too precious. When his writer mother tells him that so many people miss him, Nikolai says she’s succumbing to the lure of clichés and admonishes her with, “You promised that you would understand.” When he accuses her of wanting him to feel sad for himself, he adds, chillingly, “I’m not as sad as you think. Not anymore.”

The dialogues in “Where Reasons End” cover a wide range of topics. Mother and son discuss love and memory and whether those capacities really do keep people alive forever. They discuss the capriciousness of time. Nikolai chides her for her dislike of adjectives, which she defends by saying that nouns, not adjectives, preserve memories. Besides, “I oppose anything judgmental,” she says, “and adjectives are opinionated words.”

Much of this book is devoted to words, which is not surprising given that its narrator lives by them: “Words said to me. Words not meant for me but picked up by me in any case. Words in their written form. Words that make sense and words that make nonsense.” When one is in search of helpful words, poets are a good place to start, as their facility often crystallizes hard-to-express truths. Indeed, the narrator references many poets, including Marianne Moore, Elizabeth Bishop — the novel’s title comes from Bishop’s poem “Argument” — and Wallace Stevens.

Even poets, however, provide limited comfort, and the mother depicted here knows it. This realization compounds her grief as much as it ameliorates. “Words provided to me — loss, grief, sorrow, bereavement, trauma — never seemed to be able to speak precisely of what was plaguing me,” she says. “One can and must live with loss and grief and sorrow and bereavement.”

Later, she adds, “We feel at a loss for words when they can’t do fully what we want them to.” To which Nikolai offers as wise a defense of words as one is likely to find. “They never can,” he says, but, “Why not make do with the percentage they can achieve?”

The book gets repetitive after a while — much is made of the Latin derivations of words, and some of Nikolai’s dialogue is too stilted even for a sophisticated teen — yet its message is nonetheless a sobering one. Nothing can ever fill the hollows formed by tragedy, yet the desire to fill them is every bit as keen as the loss. If even a fraction of the emptiness is replaced, then the quest is worth the effort.

Late in the novel, the narrator quotes Stevens’s poem “This Solitude of Cataracts”: “He wanted the river to go on flowing the same way, To keep on flowing.” Anyone who has ever lost a loved one — that would be all of us — will relate. If only they were still here to keep the river of our lives flowing as it once had.