who will make final decisions in the future? 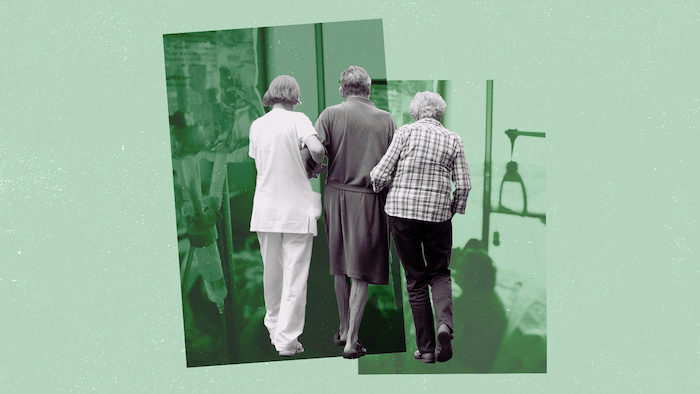 With an aging, childless future, who’s going to take care of us when we get old? Who’s going to make those end-of-life decisions for us when we can no longer decide for ourselves?

The implications of this population shift affect public policy, health care, elder care, end of life decisions, the overall economy and every family in America and across the world.

I understand this firsthand. My mother is 96 years old and has Alzheimer’s. Two months ago she suffered a massive stroke and was in a coma for two weeks. Her heart rate slowed down to the 50s and 60s; her blood pressure dropped to 70/44. Her body was not ingesting the food she was fed through a feeding tube.

My siblings and I decided to remove the tube to make her feel more comfortable. We were preparing for her departure; and the priest (who was a former student of hers) came to administer the Annointing of the Sick. And one of us was always there with her.

Gradually her heartbeat got stronger, her blood pressure started to climb and she was able to breathe without the support of the ventilator.

The doctors’ prognosis was bleak — our mother would inevitably get pneumonia, or some infection. We had discussed and all agreed that we would not want to prolong her suffering. So no resuscitation, no reattaching to the ventilator and no antibiotics.

What about the feeding tube? One option was not to reintroduce nutrients through the feeding tube and essentially let her waste away. The other option was to reintroduce nutrients and wait for some infection to happen (which according to the doctors was just a matter of time). Starving mother to death might be a more humane decision, but it was immediately rejected by my sister who is a Buddhist. She thought our mother wanted to live and we should honor her wish and give her a chance.

Our mother had on occasions before the stroke complained that she was bored and life was not worth living. But that didn’t necessarily mean that she wanted to die. Her complaint could be her way of telling us that she wanted us to visit more often.

Families all across the globe are faced with similar scenarios. In a future where perhaps children are not there to facilitate these decisions, how will these life and death decisions be decided and by whom? Leaving these decisions to chance, or to administrators, health-care workers and other strangers is a frightening possibility.

Everyone should have a living will — in order to depart this world with dignity, free from prolonged pain and suffering. However, an end-of-life decision made as young and healthy people may not be the same end-of-life decision when older, weaker and perhaps unable to communicate.

Older adults reported feeling less negative than younger adults when they lost money. Who is to say that end-of-life decisions made when we are young are the right decisions for us when we are old?

When people are not able to think properly or reason logically, they revert to relying on instincts. And the survival or self-preservation instinct is a very strong instinct. So if we are trying to make an important end-of-life decision for ourselves when we can still think properly by anticipating what we would want when we could no longer think properly, we may be off the mark.

If our mother’s will to live is what enabled her to come out of the coma and get off the ventilator, then withholding nutrients and let her waste away is equivalent to murdering her.

Many people have a will,  a legal document that specifies the distribution of one’s assets after death. People change their will as circumstances change and they re-decide who should inherit how much of their assets.

People should also have a living will, a document that allows people to state their wishes for end-of-life medical care, in the event they become unable to express their decision. Health-care providers are usually the ones to suggest or remind patients to have a living will.

But more than just having a living will may be the best practice. Given the frequency of poor performance on affect forecasting and given that perspectives and sentiments often change as we age, perhaps perhaps there needs to be a system in place to prompt regularly revisiting the terms of the living will.

Our mother is in a hospice/rehab facility. She takes pleasure in the daily visits and phone calls of her five children. We are doing our best.

Everyone needs to learn more about end-of-life experiences in order to make better end-of-life decisions for ourselves and for our loved ones.

Perhaps there can be a public policy on not just who has the legal authority to make end-of-life decisions, but also with guidance on how to make these decisions.

In the not too distant future, for people who are childless, these decisions are best not left to chance.