Under current law, people who have made every life decision based on their personal values and faith suddenly become, due to a terminal illness, a victim of someone else’s theology. 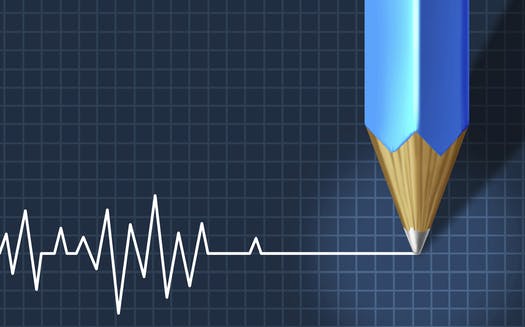 My Uncle Don died in his mid-60s after a two-year struggle with cancer. He was one of my favorites, an adult with whom I could discuss topics I couldn’t even mention to my parents. As a kid I’d often ride my bike to his home in Richfield with assurance of getting some cookies, Rice Krispies bars or a similarly unhealthful snack.

So when in college I learned he had lung cancer, I was heartbroken. Like so many cancer patients, he “fought the good fight” — chemo, surgery, radiation. Despite all the treatments, the disease was winning.

One day, after returning from one of countless doctor appointments, he walked into his bedroom, pulled out a gun and shot himself. My aunt, hearing the shot from the kitchen, lived another 20 years with that horrendous memory.

My uncle accepted some comfort care but would not succumb to the cancer robbing him of his humanity. He wanted to die as he had lived, on his own terms. But at that time, medical aid in dying (MAID) wasn’t legal. I have no doubt that, after realizing the futility of further treatment, Uncle Don would have taken advantage of MAID, which enables a mentally competent adult suffering from a terminal illness to request from their physician medication that will end life peacefully. Medical aid in dying has been legal in Oregon for 20 years since that state’s’ passage of its Death with Dignity law and is now legal in seven more states, including California.

Many of us know of someone suffering from a terminal illness. Most often they are willing to fight like hell for as long as possible but in the end pray for a gentle, painless death.

For decades, Gallup Polls have shown that a majority of Americans support medical aid in dying as an end-of-life option. Twenty state legislatures, including Minnesota’s, have introduced bills similar to Oregon’s Death with Dignity law. But, despite widespread support, lawmakers are reluctant to act. Why? Despite the overwhelming support of people of faith, some religious leaders are fighting it, insisting that Americans die by what they call a “natural death.” Suffering, they argue, is redemptive (“to change for the better”). Even the loved ones surrounding the dying person, it is believed, are changed — redeemed — by the experience.

Other people of faith — me included — see nothing redemptive about needless suffering. In fact, needless suffering is cruel and pointless. The proper religious response to suffering is to alleviate it, to show compassion to the one who is suffering. And there is nothing “natural” about being connected to numerous tubes injecting futile drugs into a dying person’s veins when that person would prefer her suffering to end. There is nothing natural about a respirator providing oxygen to a person whose clear intention was to have a good death, one surrounded by loved ones and absent of unnecessary suffering.

National Religious Freedom Day was Jan. 16. For at least 25 years, U.S. presidents have issued annual proclamations acknowledging and celebrating the many faiths that exist within our country. They have reminded us of our cherished legacy of religious liberty. They recall how Thomas Jefferson penned the Virginia Statute of Religious Freedom in 1786, which inspired the words of the First Amendment to the Constitution guaranteeing the free exercise of religion.

But when it comes to end-of-life care, an individual’s personal religious freedom is limited by current law. People who have made every life decision for decades based on their personal values and faith suddenly become, due to a terminal illness, a victim of someone else’s theology. The arena of life that is most personal and profound often has people with different religious values determine our options. At end of life, one’s personal values and spiritual beliefs ought to take priority over everything else.

As National Religious Freedom Day is celebrated, let us remember to honor religious freedom and show compassion to those wishing to end their suffering.