Bottle with ashes, note, money washing up on Florida shores

A Tennessee man who loved to travel is having his dreams fulfilled as his ashes make their way through the tropics in a bottle that his widow tossed in the sea. 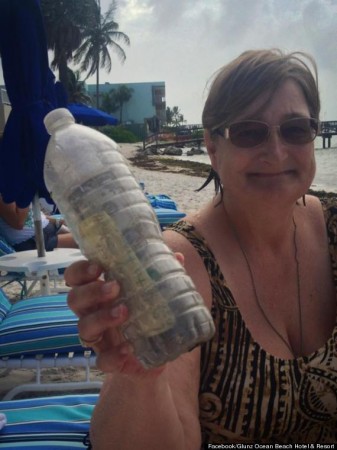 Gordon Scott Smith died at 57 from a sudden brain hemorrhage. Beverly Smith, his wife of 27 years, put some of his ashes in a bottle with $2 and a note.

She tossed the bottle off Big Pine Key, Fla., in March 2012, hoping the person who found the bottle would call her and tell her where her husband had traveled.

The bottle was found about 50 miles away in Islamorada, Fla., by a man named Ross.

He took his boat out six miles into the ocean amd sent Smith traveling again.

On Sunday, Judi Glunz Sidney, an owner of Glunz Ocean Beach Hotel and Resort in Key Colony Beach, Fla., was picking up debris on the beach when she found the bottle. It had traveled another 28 miles.

“Judi called the wife in Tennessee, who was excited to know of Gordon’s travels! Judi added her note,” the resort posted on its Facebook page. “We put him in a rum bottle (you know, added a little fun to his trip) with the three notes. We added another $1 in case Gordon travels far and a long distance call is needed.”

They tossed the bottle into the waters off Seven Mile Bridge in Marathon, Fla.

“He loved to fish, tell tall stories and make people laugh. He was one of the greatest story tellers I ever met,” Tom Smith, Gordon’s brother, posted. 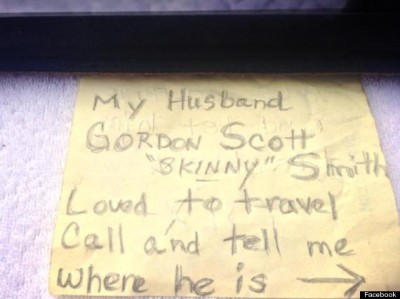 Sidney was at the resort vacationing with two sisters, who are also owners of the hotel, when she found the bottle.

“We think our mom, who died a few years ago, and Gordon are in cahoots in heaven on this one. They are both from Tennessee, they both loved they keys and spent all of February there each year, and they both drank bourbon,” said Janet Glunz Bischoff, one of the resort owners.