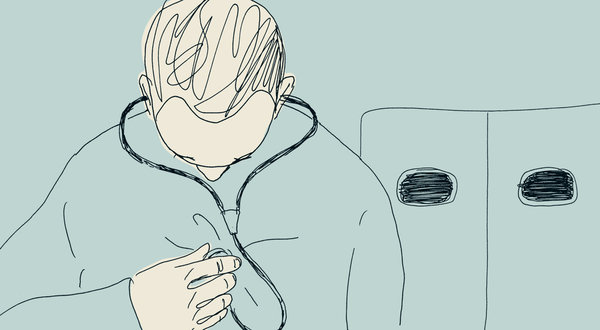 As my cancers progress, I want to be in charge. I want the legal option to die, if need be, before it is too late to consent to my own death.

Remarkable advances in medical care are helping us live longer. But that means there also are an increasing number of people living with advancing serious illness.

The vast majority understand they are living with a terminal condition, yet they and their families are unprepared for the final stages of life. Relatively few have had discussions with their physicians about their prognosis and end-of-life care options. Their wishes and goals are not discussed, and no meaningful informed consent regarding further disease-directed treatments is provided.

“Let’s try this,” becomes the default recommendation, and patients are commonly led down a path of relentless disease-directed therapies of limited to no benefit. Tragically, more treatment too often results in more suffering and shortened survival.

With the expert end-of-life care currently available, dying and death can be meaningful and peaceful for many. But to believe all deaths are “natural” – peaceful and without suffering – is just wrong.

I cared for patients with cancer for more than 30 years and increasingly provided palliative and hospice care over the final 17 years of my career. I saw agonizing deaths despite my best efforts, and it was not rare for patients to ask me how I might help accelerate their dying. That, however, was not an option in either Minnesota or Arizona where I practiced.

Patients must understand their options

Now, I too am faced with terminal illness. I have multiple myeloma and non-Hodgkin’s lymphoma, and despite aggressive care, I have not achieved remission. My cancers are incurable.

I contemplate dying and my death and those thoughts include consideration of medical aid in dying. I do not know if I would ever self-administer a lethal dose of medications, but I pray that the option is available for me.

I do know that we must help patients and families overcome the taboo of discussing their prognosis, dying and death. We need to facilitate meaningful end-of-life care conversations among patients, their families and health-care providers; promote the completion of advance directives; and encourage discussions of patients’ wishes, goals and values.

Patients and families must be informed of the many end-of-life care options available – including the expertise of palliative care and hospice providers, discussions regarding the possibility of stopping disease-directed therapies, withholding or withdrawing more advanced supportive care and/or devices, voluntarily stopping eating and drinking, and palliative sedation.

Patients near the end of their life also should have access to medical aid in dying (MAID).

What medical aid in dying laws do

Guidance in the American Medical Association Code of Medical Ethics understands this divide: “it encompasses the irreducible moral tension at stake for physicians with respect to participating in assisted suicide. Supporters and opponents share a fundamental commitment to values of care, compassion, respect, and dignity; they diverge in drawing different moral conclusions from those underlying values in equally good faith.”

MAID is now legal in nine states and the District of Columbia, available to more than 70 million residents. After nearly 50 years of real-word experience, there has been no evidence of the “slippery slope” or “increased societal risk” opponents routinely cite.

We have seen no indication of a heightened risk for women, the elderly, poorly educated, the disabled, minorities, minor or those with mental illness. There has been no rising incidence of casual deaths and no evidence to suggest that MAID has harmed the integrity of medicine or end-of-life care.

MAID laws clearly provide adequate safeguards and allow for the position of dissenting physicians. The laws respect their conscience and give the right to any physician not to participate.

This is patient-centered care

Those of us who support MAID are asking for the same – respect for our conscience and considered judgment. We do not believe we are doing harm. We are caring for a competent adult who has a terminal illness with a prognosis of six months or less. We are providing patient-centered care consistent with the patient’s wishes, goals, beliefs and values – helping that patient avoid protracted, refractory and avoidable suffering.

One false narrative espoused by opponents – that “participation in MAID is suicide” – needs to be addressed. Participants do not want to die. They have a progressive terminal illness, and meaningful, prolonged survival is no longer an option.

They have full mental capacity with an understanding of their disease, its expected course and their prognosis. They have the support of their family. They feel their personhood is being destroyed by their illness, and they want their death to be meaningful and peaceful.

None of this is true for people who die by suicide.

Personally, I no longer struggle with the ethics, morality and other controversies surrounding MAID. Ethical principles and moral laws alone are just not sufficient to answer the complex questions surrounding an individual’s dying and death.

Our diverse country and our Constitution forbid us from imposing our own religious and faith beliefs on others. When we try, we are forcing others to conform to our beliefs and we are turning a blind eye from truly seeing the very real human suffering that is in front of us.

It is devastating for patients if we ignore their life stories, their family, their culture, and the impact of their disease and treatment on their life and well-being. The value of their life, as they define it, has vanished and they want to die on their own terms.

As my cancers progress, I too want to be in charge. I want the legal option to die, if need be, before it is too late to consent to my own death. I desperately want to avoid recruitment into that borderland where I would vegetate as neither here nor there.

I ask for your unconditional trust and I ask that those opposed to MAID for themselves, respect my prayerful discernment and personal requests for end-of-life care as I believe it is consistent with my needs, beliefs and values.