So why can’t I bring myself to write it? 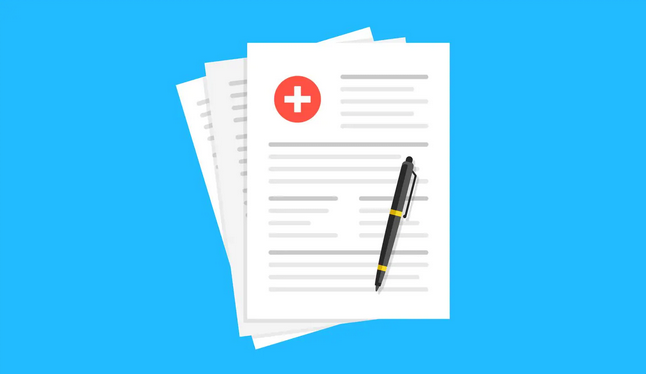 I of all people should know how to do this. As an ICU nurse, I see every day how agonizing it is for families to make end-of-life care decisions for loved ones who have not made their wishes clearly known. I know what I want. I know what the legal options are. But when I sit down to fill out the papers, I stall.

All of my experience urges me to act. I think of the anguished adult son trying to decide whether his elderly, unconscious mother would want to live permanently connected to a ventilator.

“Pray for me that she dies before I have to make a decision,” he told me. If she had made her choices known before medical calamity struck, her son would have the peace of mind of carrying out her wishes, one way or another.

I think of another family, where two siblings — one of them a physician — came to blows in the hospital waiting room because they could not agree on whether to stop aggressive treatment for their father, given that his organs were shutting down, one by one.

Of course I want to reduce what’s called the “decisional burden” on my own family by making my choices clear in case I become too sick some day to decide for myself. I just can’t bring myself to translate my well-informed preferences into a legal document such as an advance directive.

I’m not alone. Although advance-care planning has other well-established benefits, including an increased chance that patients will receive the care they want, only one-third of Americans have any sort of advance directive, according to a 2017 study led by researchers at the University of Pennsylvania.

And health-care professionals like myself are no exception. In her 2017 book “Extreme Measures: Finding a Better Path to the End of Life,” physician Jessica Nutik Zitter explained why she avoided the task of translating her medical wishes into a series of yes/no check-boxes that make up many advance directive forms.

“My feelings are too complex, too nuanced, to fit into one little white square,” wrote Zitter, who is board certified in both palliative care and critical-care medicine.

So why is this undertaking so difficult? And how can we all get better at completing this vital task?

The first barrier to advance-care planning is often understanding what is involved. According to G. Kevin Donovan, director of Georgetown University’s Pellegrino Center for Clinical Bioethics, an advance directive is a document that usually includes two separate elements: naming a health-care surrogate and creating a living will.

A health-care surrogate or “proxy” is an adult who is legally empowered to make medical decisions for you when you can’t make them for yourself. Many think they have this base covered when they name a durable power-of-attorney. But a power-of-attorney directive does not automatically allow for decision-making power in the health-care realm.

“They can sell your stock, but they can’t take you off a ventilator,” Donovan said.

A living will offers you a way to say in advance what sorts of medical interventions you would want. For example, the form we offer at our hospital asks whether you would want “artificial nutrition” — meaning liquid nutrients delivered through a tube — if you were expected to die soon.

The problem with these forms is that they rarely capture the complexity of real-life medical decision-making, Donovan said.

In the intensive care unit where I work, we recently had a woman in her 60s whose cancer had come back with a vengeance. She was awake and talking with her family, but her vital signs were deteriorating quickly. We asked the patient and the family what they would want if she could no longer talk and make decisions, and they requested an advance directive form.

When I came to check on them later, I found the patient and family puzzling over the form’s questions, such as what kind of care she would want if she were in a “persistent vegetative state.” The abstract scenarios were almost irrelevant to their immediate situation.

I redirected the conversation to the concrete choices in front of them: Would she want a breathing tube put in her throat in the next 24 hours when her lungs began to fail? Or to have a large IV inserted in her neck to start dialysis after her kidneys stopped working? Thankfully for the family, the patient made her own decisions and shared these with our physicians. She said she didn’t want any “heroic” interventions, and she died 48 hours later, with her family at her bedside.

To me, filling out a living will as a relatively healthy person feels like ordering food for a meal I will eat in 20 years: It seems impossible to predict what I will want in that moment. Is it good to be vague and write, “I want to be kept comfortable?” Or better to be highly specific and say, “I never want to have a feeding tube inserted?”

Because living wills are difficult to translate into real-life decisions, many experts now advise focusing on not only naming the right person as your health-care decision-maker but also talking in depth with that person about what’s important to you.

“The best advanced directive is to name an educated person as your health-care surrogate,” said Douglas Houghton, an acute-care nurse practitioner and director of advanced practice providers at Jackson Health System in Miami. “You need to have a real conversation with that person, and not simply write down a name on a piece of paper that you keep in a filing cabinet.”

Zitter agreed that having conversations with loved ones is vital.

“A written document is a good first step, but it’s not the ultimate goal,” said Zitter, whose work around end-of-life decisions was profiled in the 2016 Netflix documentary, “Extremis.” “For me, the real work happens on Friday nights at the dinner table, when I talk with my family about illness, and death and what I would want at the end of my own life, even when my sons are rolling their eyes.”

But Zitter conceded that a major barrier stands in the way of these conversations: a fear of talking about death.

“Even for me, as a doctor who deals with death every day, I don’t want to think about my own end, it makes me very sad,” she said.

So what can help us all climb over this final existential barrier to end-of-life planning?

I recently witnessed a conversation at work between a palliative care doctor and a patient with severe heart failure, whose adult son and grandchild were at the bedside. The doctor gently reminded the patient that if she could give her preferences now while she was conscious, she would relieve the burden on her son, who otherwise would have to make hard decisions on her behalf. When she finally said she wanted to go home with hospice, her son was visibly relieved.

Framing end-of-life planning as a service to loved ones is a compelling idea. One critical-care doctor I work with suggested we link advance directives to Valentine’s Day. Show your love by sharing what you want. This idea is also what finally motivated me to overcome my own hesitations.

This month, I finally filled out “Five Wishes,” a downloadable document, where I named a health-care proxy and two backups. I wrote I don’t want to artificially prolong my life with machines, such as a ventilator, and if such treatments are started, I want them stopped. I had two neighbors witness the document, making it legally binding in Virginia, and placed it in our kitchen filing cabinet.

Talking about my wishes over dinner with my kids? I’m not there yet. Meanwhile, let me share my advance directive here, so at least my kids can Google it: When the time comes, keep me comfortable, let me go and know that I love you.