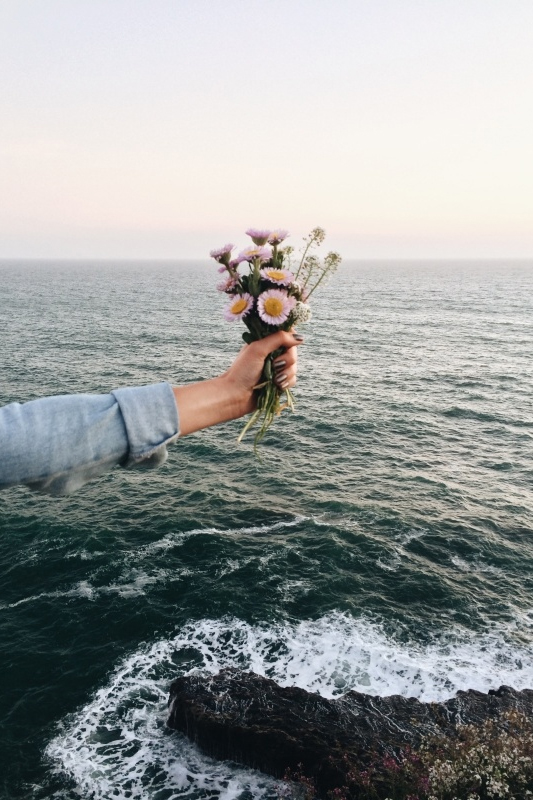 My great grandma, or Mia, as we knew her, was 100 when she decided she was ready to die. I found this out through a nonchalant conversation with my granny, her daughter, just after Christmas. She was eating a bowl of porridge at the breakfast bar, and said: “Mia wants to go, and that’s legal in Canada.”

Was I shocked? Not really. Although I didn’t actually know that Canada, where she had lived all her life, offered medically assisted dying (MAiD), my family are the type to take things into our own hands.

It’s a weird thing, euthanasia. It’s something you’re taught about in RE lessons at school, debating whether we have a right to ‘play God’. It’s something I agreed with as a faraway idea that I’d never have to consider. Something I thought was good in theory but hadn’t ever put any serious thought into the practice.

When I learned about Mia, I agreed with it still. Everyone I told did too, commenting on how brave her decision was and how amazing it was that she had this ‘opportunity’. They may have been thinking about the procedure itself rather than offering support but that was okay, because this was, overall, A Good Thing.

Meanwhile, with my family, talk swiftly turned to logistics. Timetables detailing who would be where and when were emailed around and the bank split Mia’s estate equally, with cheques ready to be collected by her children on the ride home from the facility. It helped the Canadian side of the family to deal with it Monica Geller-style, working pragmatically through the practical elements of her life.

“We’re more open to things that are predictable,” says Dr Anna Janssen, a psychologist specialising in palliative care. “There’s something safer about it, and that means we can be more flexible in our thinking and more open with ourselves and each other.”

But while they were handling the logistical side, it became very clear that we needed to introduce this flexibility into the emotional side of things, too.

The ‘five stages of grief’ ends with ‘acceptance’. The problem here was that for Mia to go with our blessing, we needed to accept her death before she actually died. That’s an unchartered process; grieving while someone is still alive and well(ish) feels weird. My auntie Penny summarised it perfectly, saying she felt she was going through grief sideways, like a breech birth.

Feeling emotion with a deadline meant we had to sprint through the confusion, the sadness, the relief of it all. If we had been Monica about the logistics, we Chandler-ed around the feelings part somewhat chaotically. But we still all felt weirdly…lucky? “With assisted dying, everyone involved has choice in the death,” explains Judy Tatelbaum, author of The Courage to Grieve. “That makes a great difference. Anticipatory grief is very healthy.”

But I was worried about what the minutes and days after she died would bring, seeing as we had already ‘grieved’. “Maybe the grief afterwards is easier, as some feelings have happened already,” said Dr Janssen. “But eventually there will be something new, because the context has changed, and you can’t feel it until the person has actually died.”

And so the 9th of January came. I asked not to know the exact time she was meeting her doctor, because what do you do in the minutes that someone you love is dying? In the most extreme version of the Schrödinger’s cat experiment, I went into a meeting, curious about whether she’d still be alive when I came out. She wasn’t. But there was an email telling the whole story, including how she had greeted the doctor by asking if he was the nice man who was going to help her.

Yes, my experience introduced a new closeness to my family. But it highlighted a flaw in the current MAiD plan. The message from the guidelines, the ethical debates and the psychologists I’ve spoken to is that assisted dying should be about having autonomy. It should make it easier, because you plan and prepare for the place, time, aftermath and even the feelings. But MAiD is such new territory that there are the same unknowns as with ‘regular’ dying.

Up until now, humans have only ever died after suffering through old age or illness or suddenly and shockingly in an accident. Those five stages of grief have been based on these same experiences over thousands of years. Now, suddenly, we’ve introduced a model where death can be scheduled into our diaries, and we can’t just apply the same rules. There are no history or self-help books to teach us how to navigate a brand-new type of grief that brings up a totally different, sporadic, rushed and uncertain feeling.

While there are articles and research papers discussing ethical, religious and legal boundaries, all the conversations have forgotten the people, families and feelings. And maybe that’s because, as Dr Janssen pointed out to me, it’s easier to discuss facts and figures than it is to discuss emotions.

For my family, MAiD was the first time we all properly discussed dying. Perhaps this is the taboo-breaking policy the world needs? You can’t send out a ‘save the date’ without telling people what for, after all. But to stop the turbulence, there’s still a grief taboo that needs to be broken. “We need to talk about the psychology of death and grief, but also the psychology of living. We talked about the death, but not about how we’re then meant to live well,” said Penny.

For families going through MAiD this year, in five years, or further in the future, when it could be a global policy, the system will benefit if we open up. “At the moment we don’t talk about it enough to know whether that [five stages] model requires more thought,” agrees Dr Janssen. “In my academic brain, I’m thinking we need to ask what MAiD means for people, but really, we’ll simply hear more if we take the time.”

My granny has since told me not to be shocked if she asks for MAiD. Is that a conversation she would have had with me if it wasn’t for Mia taking the plunge? Probably not. And while I haven’t yet applied my newfound skill for discussing death with anyone else, I’ll no longer hold back – especially when talking about my own.