Conservation burials are one step beyond green burials, and may set aside a couple of square miles for wildlife a year. 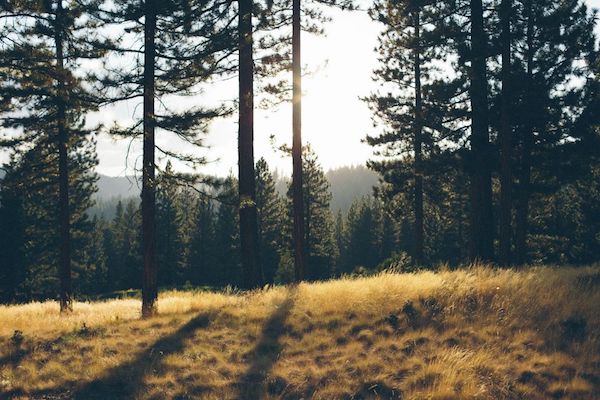 [W]hen Matthew Holden’s best friend died last year at the age of 31, it prompted him to think hard on what he would want when his own time came. “What would I want to do with my body when I die?” he asks. “How can I do the best for the world?” After some research, Holden, a mathematician who studies conservation at the University of Queensland in Australia, came across conservation burials.

You may have heard of green burials—funerals in which people eschew formaldehyde-based embalming and metal caskets in favor of more environmentally friendly practices that let the body more easily decompose. Such burials appeal to those who cared about the environment in life, and liked the idea of returning to the Earth in death. “Conservation burial is the next step,” Holden says. In addition to making the burial process itself eco-friendly, conservation burials include interment in a cemetery that’s designed to preserve a parcel of land. People may still visit the cemetery, but it’s maintained as a sort of wilderness area, with small or no headstones, instead of the traditional manicured park. “The goal is to protect native habitat, or restore native habitat for threatened or protected species,” Holden says. In an essay released today in the journal Conservation Letters, he shows just how much space and money would go toward threatened plants and animals if every American chose to have a conservation burial.

The mathematician has found that, given the average burial plot size, conservation burials would set aside two square miles a year for wildlife, if every American chose to have one. (The actual number may be larger because conservation cemeteries tend to leave more space between plots.) Funeral revenues run to an estimated $19 billion annually in the United States. Not all of that money is used to purchase and maintain cemetery space, of course, but the idea of putting even a fraction of that toward land that may help endangered animals and plants is appealing. “Just having that amount of money going to conservation is a lot,” Holden says.

There are few conservation cemeteries in the U.S. The website of the Green Burial Council, which independently certifies various green funeral practices, lists only six. And it’s not known, actually, how much conservation cemeteries aid species. Studies suggest that traditional cemeteries can act as mini green sanctuaries—the historic Weissensee Jewish Cemetery in Berlin, for example, has been found to house 48 species of threatened bats, birds, plants, mosses, and bugs. Could greener practices help burial grounds protect even more species? Holden wants to see biologists undertake studies comparing conservation cemeteries with traditional ones.

It’s hard to face death, and different people find different practices comforting. For Holden, it’s clear the idea of giving back helps. In addition to providing homes for endangered animals, he hopes conservation cemeteries could offer a park-like space for visitors, and not just the friends and family of the deceased, either. Imagine a walk in the woods that just happens to be a cemetery. So he’s been trying to get the word out, especially after he quizzed his colleagues in the conservation department at the University of Queensland and found none of them had heard of conservation burials.

“After my friend’s passing I was depressed, and part of the healing process for me was to try and generate some good from such an tragic event in my life,” he says. “It is very much about turning a negative into a positive for me.”