Developer Ricky Haggett and designer Richard Hogg talk about how the puzzle adventure game is “not spooky or sinister,” but is instead a story about people and relationships. 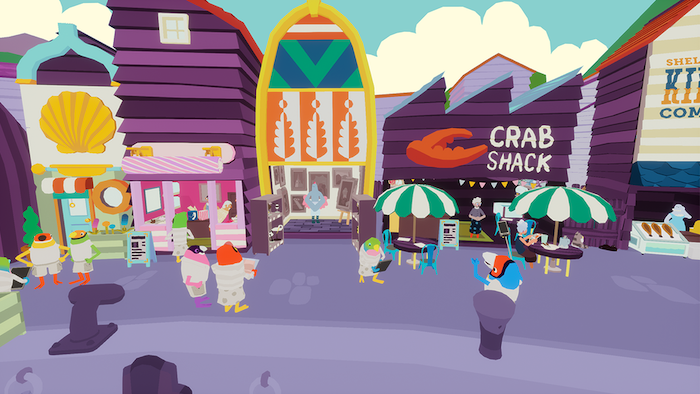 Welcome to October, a time that, depending on which social circles you frequent, may be dominated by conversations about the next-gen Xbox Series X/S and PlayStation 5 consoles set to release in just a few weeks; and their respective launch titles.

While for many players this month may also contain video games that indulge in creepy vibes or costumed assailants (Resident Evil, anyone?), this week’s column features an interview with two of the creatives behind Annapurna Interactive’s puzzle adventure I Am Dead, a game that one might assume involves terror and tragedy, but actually, that couldn’t be further from reality.

Hollow Ponds developer Ricky Haggett and designer Richard Hogg, both who are U.K.-based, describe the truth and meaning behind their latest offering, which just dropped on consoles.

I Am Dead is a Colorful Game About Living

As the title suggests, I Am Dead does involve a dead person, but it’s not explicitly about death or dying. As developer Ricky Haggett recalls on the phone with The Hollywood Reporter, “It’s not really a spooky or sinister game. It really is a game about people’s lives.”

Artist and designer Richard Hogg chimes in with the irony that the game, which features bright colors and an inviting sense of warmth, is releasing in October, the month of Halloween. “It suddenly occurred to me, wow, we’re launching a game called I Am Dead, about ghosts, kind of during Halloween season, and that’s so duplicitous because our game isn’t at all scary,” he says.

The story of the puzzle adventure game follows a deceased museum curator named Morris who sets about to explore the afterlife, a world filled with learning and discovery. The idea came to the developers years ago when they were working on another, entirely different game, where the central idea was “somebody dead in a grave — somebody from like the Bronze age, who was thousands of years old, with all of their tools, clothing and equipment that they would have had with them,” explains Haggett. “Occasionally people turn up in a bog or in the ice where it’s like, oh this person is this many years old and we can learn about their lives from these objects that they had with them.” He goes on to say, “We never ended up making that game, [but] then when we came to make I Am Dead, the first thing that we had was the idea of this mechanic.”

“I remember being really into the idea of it being a game about a dead person, but not about them dying — one benchmark idea was that you wouldn’t know how they died,” says Hogg, “instead the game is about how they lived.” He adds that death is a common theme of video games, but the stories are often about that moment when someone dies and how it happened. “We liked the idea of using death as a way of illuminating life.”

I Am Dead is set in present day in a location similar to the seaside town of Hastings, where Hogg resides. “It’s full of anecdotes and mini-stories about people’s lives and people’s relationships with each other that I think work a lot better [than the game that was set in the Bronze Age] because they’re things we can understand and that we can relate to.”

Morris is loosely based on Haggett’s geography teacher from back at school, a man who used to walk with his fingers tucked into the waistband of his trousers. “He was quite an elderly, fairly eccentric guy,” Haggett recalls. “He’s the sort of person that you see, if you go to the supermarket in the U.K. quite early in the morning,” adds Hogg. “The only people who do their shopping early in the morning are maybe people who’ve retired. Sort of non-descript, middle class guy in his 60s, probably quite cheerful, probably quite a fun granddad, quite an interesting guy, but at the same time doesn’t choose his own clothes, his wife chooses his clothes for him.”

While developing I Am Dead, Haggett and Hogg drew upon their shared enthusiasm for the literary works of Patrick O’Brian, scribe of the Master and Commander books about historical naval warfare. “They’re the sort of books that someone like Morris would read,” says Hogg. And then there’s libraries and museums, which Hogg and Haggett frequently meet at. “This game is kind of like a love letter to small, provincial British museums that we’re massive fans of,” Hogg concludes.

I Am Dead is currently available on Nintendo Switch, PC via Steam and the Epic Games Store.