For many ailing people, their pet is their life, experts say 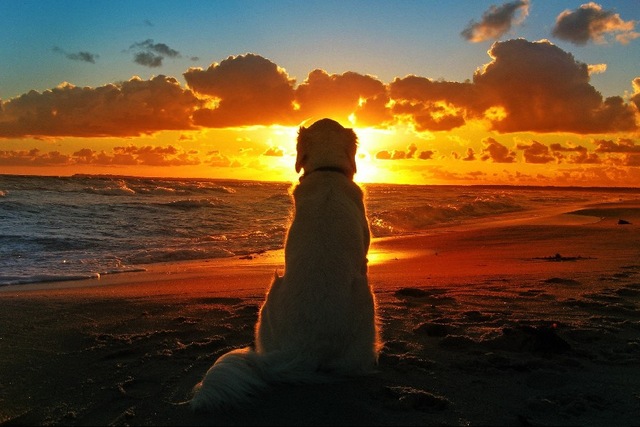 Roland Carter, 78, of Stafford, Va., has advanced chronic obstructive pulmonary disease, suffers from dementia and spends most of his time in bed. Missy, one of his four dogs, usually is there with him.

“Missy stays on his bed all the time — she protects him,” says Carter’s wife, Barbara, 72. So when she recently told Roland that she was not sure she could keep caring for the dogs, along with him, he was distraught.

“He said, ‘Please don’t get rid of my dogs,’“ Barbara Carter recalls.

Thanks to a program called Pet Peace of Mind, the Carters still have their dogs. The growing program, now offered through 120 hospice and palliative care organizations in 40 states, helps about 3,000 sick pet owners and their animals each year, says founder and president Dianne McGill. Other groups offer similar services, though they may be more limited.

Helping Care for Pets Who Are Family Members

In some cases, volunteers feed and walk the pets or take them to veterinarian and grooming visits. Sometimes the program pays for pet food and other essentials for dogs, cats, horses and even snakes. Many participating organizations will, when needed, place pets with new families, often after owners die.

A serious illness can make pet care difficult. Owners may no longer be able to walk dogs or clean litter boxes.

McGill, of Salem, Ore., says she realized the need for such services nearly a decade ago. She was working for another animal welfare group and heard from a woman who wanted to help a dying friend. The friend was desperate to keep her beloved cats and ensure their care after her death.

“Her son was going to put the cats down because he didn’t want to take care of them,” McGill recalls. “The woman I spoke with couldn’t take them because she had terrible allergies.”

McGill started calling hospices and learned that they often saw similar situations and typically had no way to help.

Pet Peace of Mind started soon afterwards, as a pilot program in Oklahoma. In 2015, McGill launched it as a freestanding charity, offering assistance to palliative care and hospice organizations nationwide.

“There’s a lot of research out there about the value of the human/animal bond,” McGill says. For example, studies show pet owners tend to have lower blood pressure, higher levels of physical activity and lower levels of depression and loneliness, according to the nonprofit Human Animal Bond Research Institute.

Hospice and palliative care workers see the power of pets all the time.

“We have patients where all they have is their dog or their cat,” says Terri Roberts, director of volunteer services at Columbus Hospice of Georgia & Alabama, based in Columbus, Ga. “That’s their family. That’s the reason they get up every morning.”

But a serious illness can make pet care difficult. Owners may no longer be able to walk dogs or clean litter boxes; exhausted caregivers may not have the energy for such tasks. Money can be a problem, too. Some people are so determined to take good care of their pets that they may skimp on their own needs, Roberts says.

“We have patients getting Meals on Wheels who are giving most of their food to their animals,” she says.

Roberts’ organization offers Pet Peace of Mind services to clients cared for in their homes and in a 25-bed in-patient facility. Solutions vary, person to person and pet to pet, she says. In one recent case, a woman had to go to a nursing home that would not allow pets. A volunteer adopted her dog and took her to see the woman every week until she passed away.

For the Carters, the most urgent need was veterinary care for their three boxers, Missy, Max and Buck, and their Pomeranian, Molly. Because Roland needs almost constant care, Barbara had been unable to get out of the house long enough to take the dogs for rabies shots and other care.

Capital Caring, a hospice participating in Pet Peace of Mind, sent veterinarian Stacy Horner-Dunn to the Carter home to get the job done. Horner-Dunn also took Molly to her office for a much-needed nail-trimming. In addition, the program has provided dog food.

“It really has given me peace of mind,” Barbara Carter says. “I know they are well-fed, they’ve had their shots and they are healthy.”

And they are still there for Roland, she says: “Sometimes when he gets confused about where he is and he sees the dogs coming to him, he’ll say, ‘We’re home,’ and I’ll say, ‘Yes, we’re home.’‘’

It is fitting that pet care has become part of the mission of so many hospice and palliative care organizations, Horner-Dunn says.

But animals need to be kept healthy for their owners’ sake. “When pets are sick, it’s not a good idea to have them around people who are sick, too,” she says. Pets who are up to date on their vaccines and dental care and free of parasites as well as other ills are safer, happier companions, she says.

Pet Peace of Mind lists all participating care organizations on its website. It also provides a state-by-state list of animal rescue groups, veterinary colleges and other organizations that might be able to help people who do not have access to the program.