The Evils of Beans – Part I

In the book, Beans, A History, (yes, really), author Ken Albala relates how beans have a history of being regarded as big troublemakers. Aristotle himself spoke out frequently against The Evils Of Beans, writing that these legumes are just like testicles and were indeed the gateway to Hades. His proof? It is the only plant that has no joints. So began the belief that eating a bean would buy your soul a one way ticket to Hades.

It didn’t help matters when Porphyry went around telling everyone about that time Pythagoras did that magic trick where he planted some beans in a pot and ninety days later they looked exactly like a ladies’ downstairs mixup….which then transformed into a human head that was for sure someone’s poor soul caught in transit. 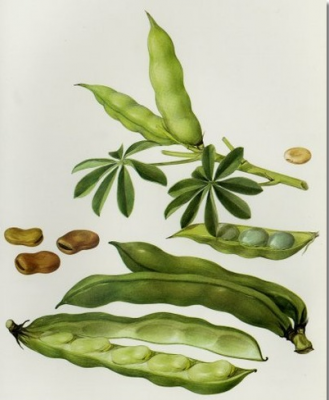 Italian author and historian, Pellegrino Artusi, writes about the history and superstitions regarding the beans in his 1891 book, The Science of Cooking and the Art of Eating Well:

Fava, especially the black variety, were considered funerary offerings, believed to contain the souls of the departed, and shaped like the doors of hell.

Festus [a roman provincial governor AD 59-62] tells us there’s an unholy symbol hidden in the blossom of the fava bean, and the custom of making offerings of fava beans to the dead is one of the reasons, supposedly, that led Pythagoras to order his followers to avoid them.

Romans believed that the souls of their ancestors resided in fava beans. At funerals, the beans were eaten and at weddings, fava beans were presented to the bride and groom who would eat them in hopes of attracting the souls of male ancestors to carry on the family bloodline.

There are many other wild claims associated with the the poor bean — such as, if you bite a bean and leave it in the sun it will smell exactly like the blood of a murdered person, (there’s a difference?) Or, the belief in it’s magical powers of warding off ghosts. In some places around the time of the winter solstice the male head of household would emerge from the home, barefoot and toss beans around the house while repeating nine times, “Shades of my ancestors, depart.” Meanwhile, the rest of the family banged on pots and pans and stomped on the ground. This was all done to protect the family from ghosts who were there to snatch the souls of the living and bring them back with them to the land of the dead. Since the beans were believed to hold souls they were thrown out as a decoy in hopes that the soul hungry ghosts would be get confused and be sated with the beans and leave the family alone.

It wasn’t only ghosts that were easily confused by the sight of a bean, but another member of Team Undead: the vampire. According to author Colin Dickey’s “Vampires and Beans” piece, vampires could be tricked into thinking the beans were living people or even pregnant women. 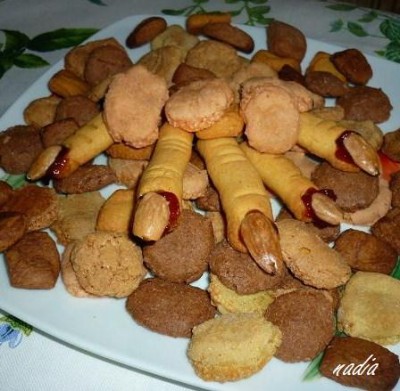 Modern Italians still practice a form of these traditions. Most popular is the making and consumption of fave dei morte or beans of the dead. Fava dei morti are bean shaped cookies traditionally made for Il Giorno dei Morti on November 2 — All Soul’s Day. Numerous cultures and religions believe that it is on this day the veil between the world of the living and the dead grows thin, allowing the souls of our ancestors to come calling. Italians are no different, and enjoy these little cookies as well as a variety of bean and sausage soup, on this day, carrying on the traditions and beliefs of their ancestors.