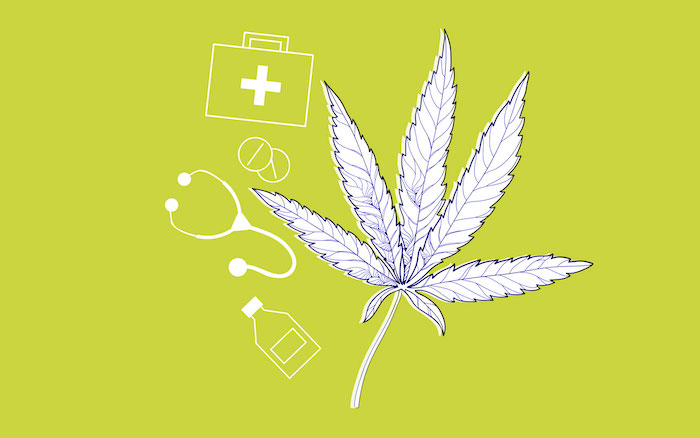 Updated 10/24: On October 12th, Governor Newsome unexpectedly vetoed SB 305, citing conflicts between state and federal laws as well as potential loss of federal funding. He did so “begrudgingly,” calling the federal government’s position on cannabis “ludicrous.”

The awkward legal-ish status of cannabis is something that affects many. And out of those, perhaps terminal patients are the most in need. When someone is painfully dying in a hospital, they are generally pumped full of drugs that often leave them barely conscious, or fully asleep.

Ryan had stage 4 pancreatic cancer that had reached the point where he needed professional care, but his only option to treat the intense pain was morphine, and even fentanyl—which is up to 100 times stronger than already-potent morphine⁠—leaving him barely conscious, or asleep. The last days of his life were being stolen, and he wanted all the coherent time he could gather to spend with his 9-year-old son

So Ryan asked his father, Jim Bartell, to get him off the pharmaceuticals so he could function in some capacity during his last days. Jim located a hospital that would allow cannabis, and Ryan was promptly transferred to it. On the first day that Ryan was allowed cannabis, they had to spray a tincture under his tongue because he couldn’t even swallow.

But by the next morning, he was reportedly alert, talkative, and pain-free. Ryan was able to spend his last two and a half weeks of life chatting on the phone and taking visitors—connecting, laughing, and taking the precious time to say goodbye.

Ryan Bartell passed away on April 21, 2018, but Jim wasn’t done with this issue. He drafted a bill that would allow terminally ill patients to use medical cannabis in hospitals.

In an interview with Leafly, he shared that as President of a San Diego firm that handles things like government PR, he’d been prepared for this mission—he’d already reviewed hundreds of government bills over the years.

After three long months of research and another three weeks of drafting, he took SB305 to Senator Ben Hueso at the end of 2018. Sen. Hueso agreed to sponsor it, and Jim and his staff continued to work together near daily until SB305 was submitted in February. Much of the pushback came from the California Hospital Association, who feared that they would lose federal funding as cannabis is still federally classified as a Schedule I drug.

But they worked through the opposition, drafting the bill so if the government were to change position and enforce federal prohibition against cannabis—then that hospital would be suspended from compliance.

And on September 11th, 2019, the California State Legislature unanimously approved their Senate Bill No. 305, which was aptly, and powerfully, titled “Ryan’s Law.” It’s now on its way to California’s pro-cannabis Governor Newsom, who is expected to sign it in the coming weeks. If all goes as predicted, it will come into effect on January 1st, 2020.

This means that starting next year, terminal medical cannabis patients with a prescription will be able to use cannabis in forms other than smoking/vaporization in hospital care. Cannabis will be procured by the patients, not the hospital. Hospitals will not be allowed to interfere with its administration, but will be allowed to help if needed.

Next steps for Ryan’s Law

Jim doesn’t plan to stop there. He says that this issue is affecting people like Ryan, and the people who love them, all over the country—so he’s doing something about it. First steps are to take on the geographically (and politically) close states of Oregon and Washington. And now they’ll only have to amend the bill with state-specific health codes instead of starting from scratch. Hopefully these states align quickly, and others as well.

Medical cannabis may be legal in many places, but patients in need of this medicine still face obstacles in terms of using it when and where they need it. While the chronically ill and those still in the fighting stages of diseases aren’t yet protected, this is an encouraging step in the right direction.

While some other states have on the books that they allow cannabis in hospitals, this will be the very first law that requires allowing it. Finally.

Even with such strict laws in place, a massive library of studies supporting the power of medical cannabis have amassed over the decades. It’s beyond time that medical cannabis became more accessible.