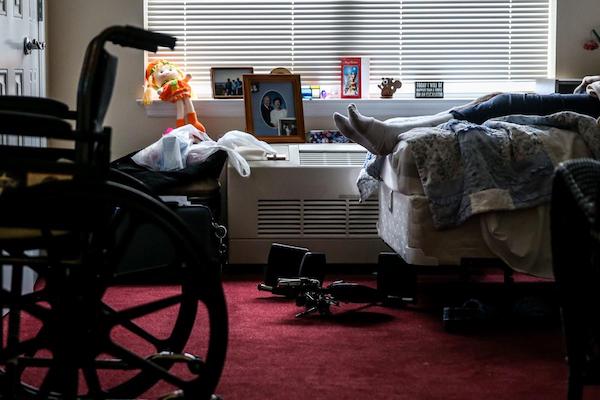 The final months of a person’s life are a confusing time for both the person and his or her family. Not only do final preparations have to be made, but the emotional stress of impending loss leaves many overwhelmed as grief makes tough decisions increasingly onerous.

Often, families seek professional help in the form of assisted living centers to alleviate the burden as their loved ones age. But once a patient receives a diagnosis that he most likely has less than six months to live, a new option becomes available: Hospice care.

Lee Read, a case manager with Hospice of the Piedmont, manages more than two dozen hospice patients at the Greenbrier and Hollymead locations of RoseWood Village Assisted Living centers, most of whom have dementia. Her organization, a community-based non-profit headquartered next to Sentara Martha Jefferson Hospital, focuses on end-of-life care for patients living all across Central Virginia. Read’s ultimate responsibility, and the company’s vision statement, is to make sure “nobody dies alone or in pain.”

In doing that, she manages the medications, equipment orders, triage care, dietary requirements and everything else her patients need to remain comfortable. She also serves as a liaison for the insurance companies, doctors and family members involved with her ever-changing caseload. While most healthcare professionals develop relationships with their clientele, hospice workers watch almost all of their patients die, making the emotional impact an additional challenge.

“I think over time you develop a thick skin,” Read said. “Otherwise, you could take on so much [emotion] that you become almost debilitated or think that you really can solve all those [health] problems, and [you] can’t.”

Read has a minimum number of required visits for each patient that is based on Medicare requirements, usually ranging from two to four times a week, during which she tracks each patient’s condition and determines what he or she needs. After six months, a patient can recertify if her condition is still declining and their diagnosis is the same, or she can “graduate” if her condition improves. She also works with a team that includes a social worker, a chaplain, certified nursing assistants and supervisors who specialize in different parts of the care process.Once a week, the team meets at the company headquarters to discuss the status of each patient and figure out what needs to be accomplished in the week ahead. Each meeting also includes a moment of silence, after which a ceremonial marble is dropped in a vase for each patient who has died since the last meeting. While it is marbles this time, each year a new symbolic object is chosen. 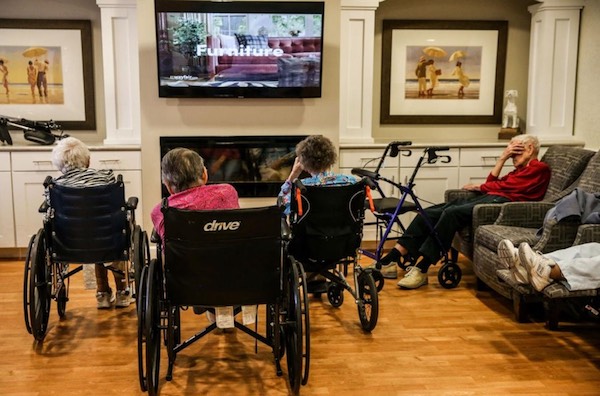 For Read, hospice was not her first career path. After graduating from William and Mary with a pre-med degree, she pursued a master’s in divinity from Columbia Theological Seminary in Georgia. She then went on to become a chaplain at the University of Virginia and Westminster-Canterbury of the Blue Ridge retirement home in Charlottesville.

But two events changed her perspective and led her back to health care. Her father received hospice care at the end of his life, and her 4-year-old son was diagnosed with cancer within a short span of time. Her son survived the disease, but the experience inspired her to go to nursing school. She also completed the majority of the requirements for a degree in social work, giving her formal education in nearly every function her team at Hospice of the Piedmont performs.

Her interest in helping people resulted in a career defined by “moving to different spots around the bed” of her patients, training her to fulfill both their spiritual and healthcare needs.

For Jeannie Holden, whose mother, Dora, is one of Read’s patients, hospice care came in a time of need.

“I can look back at the emotional part of that [decision] and how difficult it was. My mother was in the hospital, and she had sepsis, and we really didn’t think she was going to pull through,” Holden said. “Up until that point, I didn’t know that I really had any options.”

But after discovering Hospice of the Piedmont, that process became much easier.

“From the get-go, the care, the resources, the on call, the always being there from the social worker to their chaplain, [they] let me know they were there for me as well as my mother,” Holden said. “I always think that there’s more that I can do and I always have to be available, and they’ve helped me to realize that I am doing enough.”

For those who might be in a similar position, Holden said, it’s important to know the reality of hospice.

“It’s not synonymous with death being imminent, [but] that it is certainly an end-of-life process,” Holden said. “Hospice can help you maneuver through and help you on the path to accepting that a loved one is at their end of life, [and] they help to make that quality of end of life good, to the best that they can.”

Even after dealing with death personally, professionally, theologically and medically, though, Read is still puzzled by life’s biggest questions.

“I certainly don’t have all the answers, and I’m not even that comfortable when I’m around people that have all the answers, whether it’s a religion or even a company. I like the questions and I like looking for the answers together,” she said. “It’s not my death; it’s not my journey. I am privileged to walk on the ground of the sacred journey of whoever is dying, but it’s their death.”

The families she works with often ask many of those same questions, to which she usually says, “I don’t know, but we’ll be here.”