Learning To Live By Talking About Death. 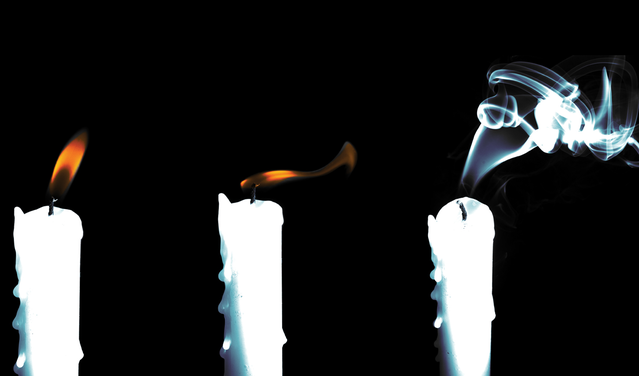 “To die will be an awfully big adventure.” Even Peter Pan, the mischievous little boy who refuses to grow up but rather spends his never-ending childhood adventuring on the island of Neverland, attempted to see death in a positive light.

But things were different in 1902 when Peter Pan first appeared in the book “The Little White Bird.” We saw death differently then and treated it more as a part of life. Is it because we believe we’re more likely to avoid it for longer in the 21st century that we seem to shy away from talking about it? Or is it because we have removed ourselves so far from the reality of physically dealing with the dead.

Whatever the reason, a reluctance to face or even talk about dying is largely an American phenomenon. And though there are many and varied ways for families and friends to honor their dead, we don’t seem to want to talk about it until it’s too late. And then we pay others to handle most of it.

But people like Lauren Carroll are trying to change all of that. Carroll and her partner, Erin Merelli, formed Deathwives in hopes of forging a cultural shift which encourages people to think and talk more freely about death. They describe Deathwives as “a collective of professionals who care about the practice of good death.” And they want to educate others about their end of life options which they say should include in-home funerals and death doulas.

“You have the right to a good death,” Carroll said. “We seek to widen the narrative around death and dying and support our community as we remember how to care for one another till the very end.”

A former funeral director and current hospice volunteer, Carroll serves on the board of directors for the National Home Funeral Alliance (NHFA). She said she wants to create connections between funeral homes, home funeral educators, death doulas and families. Merelli is a death doula, ceremonialist, funeral officiant and grief counselor. She is often called to sit with people as they die and to “create ritual and sacred space around the dying process.”

Most people don’t know that home funerals are an option available to them, Carroll said. “There have never been laws against this. You have the freedom to die at home and to take care of your loved ones at home. The family legally owns the body even after death in a hospital. The only law is that you have 24 hours after death to refrigerate or cremate the remains.”

According to the NHFA, “keeping or bringing a loved one home after death is legal in every state for bathing, dressing, private viewing and ceremony as the family chooses. Every state recognizes the next-of-kin’s custody and control of the body that allows the opportunity to hold a home vigil. Religious observations, family gatherings, memorials and private events are not under the jurisdiction of the state or professionals in the funeral industry, who have no medico-legal authority unless it is transferred to them when they are paid for service.” The National Home Funeral Alliance offers a list of legal requirements on the books in each state—either statutes that are applicable to all or regulations that fall under the state mortuary board’s set of procedures applicable for licensed funeral directors only.

“Keep this in mind: there are no funeral police,” the alliance states. “And there are exceptions to every rule, many of which happen when someone dies in the middle of an ice storm or a weekend or a holiday or a multitude of other unpredictable circumstances. Even under perfect conditions or professional care, many of these requirements are not logistically or practically enforceable.”

When America was a new nation, families cared for their dead in their own homes. The preparation, dressing and readying for a funeral was done there, and the caskets were typically built by the family themselves. As parlors gained popularity, families held their funerals in them. Traditionally rooms filled with a family’s finest possessions, parlors were ideal locations for honoring the dead. The parlors of grander homes even had a “death door” for the removal of the deceased family member, as it was considered improper to remove a body through a door the living entered.

The Civil War brought about the practice of embalming, as so many men were dying far from home, and the practice allowed the time needed to bring the bodies home to their families. With embalming came the appearance of funeral homes, funeral directors, morticians and undertakers all over the United States. The National Funeral Directors Association (NFDA) as well as the first school of mortuary science—the Cincinnati School of Embalming, now known as the Cincinnati College of Mortuary Science—were both formed in 1882. It was really the beginning of the same funeral process we use today, though advances in the profession have improved the ways that morticians care for the body as well as the ways that families can remember their dead.

And new trends on how to honor the dead and even just how we talk about death are being presented all the time. Environmentally-friendly funerals are being offered by so-called “green” funeral homes. Advocates of these services say that it’s less expensive, uses less natural resources and eliminates the use of hazardous chemicals such as formaldehyde.

And apparently we’re using a lot. According to an article by Tech Insider, more than 800,000 gallons of formaldehyde are put into the ground along with dead bodies every year in the US. In addition, conventional burials in the US every year use 30 million board feet of hardwoods, 2,700 tons of copper and bronze, 104,272 tons of steel, and 1,636,000 tons of reinforced concrete, Tech insider reported. “The amount of casket wood alone is equivalent to about 4 million acres of forest and could build about 4.5 million homes.”

According to the NFDA, a green funeral may include no embalming or embalming with formaldehyde-free products; the use of sustainable biodegradable clothing, shroud or casket; the use of recycled paper products; serving organic food; locally-grown organic flowers; funeral guest carpooling; and natural or green burial.

“In a purist natural or green burial, the body is buried, without embalming, in a natural setting,” the NFDA states. Any shroud or casket that is used must be biodegradable, nontoxic and of sustainable material. Traditional standing headstones are not permitted. Instead, flat rocks, plants or trees may serve as grave markers. Some cemeteries use GPS to mark the locations of gravesites. A natural or green burial may also simply mean burial without embalming, in a biodegradable casket without a vault, when permitted by a cemetery.”

Jon Hallford, also a member of the Deathwives Collective, owns Return to Nature Burial and Cremation in Colorado Springs, Colorado. Hallford told 9NEWS.com in Denver, Colorado last month that he plans to begin offering aquamation as an alternative to cremation. “Aquamation uses an alkaline hydrolysis system that consists of a metal chamber that uses water and lye for the cremation process, which is a cleaner process than the traditional cremation,” 9NEWS reported. “Once he has the system in place, he’ll be the only funeral home in Colorado to offer the service.”

The environment isn’t the only reason we’re talking more about death. Death doulas are becoming more mainstream. Just as a doula or birth companion provides guidance and support to a pregnant woman before, during or after the first days of the life of her baby, the death or end of life doula accompanies the dying person and their loved ones through the final months, weeks and days of their life. The doula provides support, resources, education and friendship for this period of life, whether it lasts a year or a day.

Then there are now so-called “Death Cafes,” where people gather to share cake and coffee, tea or hot chocolate and talk about death. A “Death Café is a space where you talk about death to become more engaged with life. Such is the paradox of a Death Café,” writes Abby Buckley about a meeting at the Alchemy Café in Gawler, South Australia. “We came from all walks of life, aged 6 months to 64 years old, from all over South Australia but met as equals because we all have one thing in common. We know we are going to die. We don’t have many spaces in our lives or our culture that are conducive to talking about death and dying. But people are hungry to talk about their experiences, to listen to others and to reflect on death.”

Death Cafés typically offer visitors an opportunity to discuss death without judgment, without prescribed ideology, and without any sales pitches. They are not grief counseling or bereavement sessions. There are no agendas, objectives or themes, rather they are often philosophical—and at times, humorous—discussions about death.

Death Café is both the name of the organization that created the format of the death-discussion groups and the term for the meetings themselves. To date, some 9,045 Death Cafes have taken place in 65 countries—4669 of them in the United States—since September 2011.

Death Café calls Death Café a “social franchise,” meaning that people who sign up to the organization’s guide and principles can use the name Death Café, post events to the website deathcafe.com and talk to the press as an affiliate of Death Café.

The Death Café model was developed by the late Jon Underwood and his mother, Sue Barsky Reid, based on the ideas of Swiss sociologist and ethnologist, Bernard Crettaz.

It’s not surprising the concept of Death Cafes has taken off. There’s been a tendency in the last few years to bring death out from among the list of forbidden topics.

“We have become such an isolated nation,” Carroll said. “Death is normal, and for some reason we’ve made it seem like the most abnormal, scary thing. We don’t even talk about it. Like Jon Underwood said, ‘Just like talking about sex won’t make you pregnant, talking about death won’t make you dead.’”

Carroll said society has removed the family from taking an active part in the death process “other than picking out the casket and flowers. In the past we had to prepare and think about it. It helps the healing process to be more hands-on, and it has been proven across the board that it helps to be active in grief.”

With Deathwives, Carroll hopes to teach others to have a better “relationship” with death, to take away the fear. “I have a healthy relationship with death. Knowing I’ll die, and talking about it, has made my life fuller. That’s how everyone single person should live.”

Carroll compared the moment of death to the moment of being born. “We don’t know what happens after death, just as a baby comes into the world having no idea what’s about to happen. We’ve all done it before. We were all born. We opened our eyes to the unknown. I have a feeling what’s next is going to be pretty amazing. If you think about it, no person who has had a near-death experience has ever come back and said that it was awful.”