The ambulance crew rolled him into my ER breathless in his pajamas, O2 mask on his face, gasping for air, his short cropped hair a mess, standing straight up. Eugene was what the staff called a “frequent flyer.” As the nurse injected some IV Lasix I reviewed his chart to find a classic downward spiral. 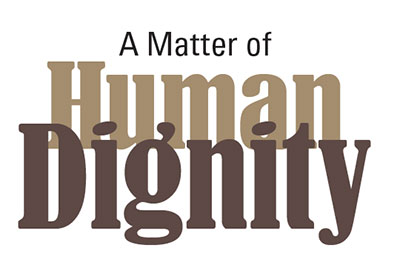 It was a busy evening. The bays were full of the usual cuts, broken bones and chest pains, the waiting room with snotty noses and chronic pain patients hoping for a refill from the new kid in town. I was a freshly minted family practice doctor taking a year after residency in this rural California emergency room to take a break, get some experience and make a little money.

I came to call this “a MASH Unit in reverse.” We had no on-site surgery. It was my job to keep the life threatening cases alive until the helicopter arrived to take them to the trauma center a 40 minute flight to the south. In MASH they flew the wounded in. Here my job was to keep them alive until we could fly them out.

I had vowed that no one would die in my Emergency Room if I could help it. Until I met Eugene and Mary Ann.

She was a stark contrast to Eugene. Looked like she had just finished dressing to go to church on Sunday morning: immaculately pressed with perfect hair and her knitting in hand. She had obviously been here before. It was clear from the first second I laid eyes on her that she adored her husband of 56 years. Despite the mask and the respiratory distress, I could see the same love for her in the old man’s eyes.

This was his 6th visit to the ER in the last 18 months. He had a bad heart and it didn’t take much to throw him into pulmonary edema despite 14 pills and over $200/month in medication. On a good visit he spent 4 days in the hospital getting his meds adjusted. On a bad visit he was on the ventilator for 3 days and in the hospital for 10. Each time he emerged weaker. Lately he was wheelchair bound and Mary Ann had learned to deal with adult diapers and getting him around the house. This would be one of the good visits.

I sat down with them once his breathing was easier and asked, “How are you feeling about the quality of your life lately?” Mary Ann wiped some tears as Eugene told me how miserable he was, how much he hated being a burden and what a good life he and his wife had in days past.

None of us said anything for a while. Mary Ann set her knitting aside and sat as close as she could to the bed. They held hands – as the nurses said they always did.

“We can keep giving you medicine and even putting you on the breathing machine if you want, and here is what I am afraid of. It is only a matter of time before you won’t be able to get off that machine. When that happens Mary Ann will be faced with the decision of whether or not she tells the doctors to turn the machine off. I am pretty sure none of us want to put her in that position if it can be avoided. It sounds like you have been pretty miserable lately and you are getting weaker as time goes by.

He was breathing easier. We switched him to the nasal cannula and his sats held. I left the room and let them talk about this new option for a few minutes.

When I returned she was standing by the bed. Eugene spoke. “We want you to help us do that doctor.” I looked them in the eyes and nodded. Both of them were crying in a way that I knew the foundation for their emotions was love – the love everyone sensed when in their presence.

I had them fill out his Living Will and No Code paperwork. Everyone wished them well as they were wheeled to the medical ward. Before the end of the shift I huddled with the staff and told them the plan, secretly hoping – and dreading – I would be on staff the next time.

6 weeks later, at 10PM on a Saturday shift, the call came in. Eugene was on his way. Severe respiratory distress. Rales to the apices. O2 mask in place.

We wheeled him into the room with Mary Ann holding his hand. Eugene was barely able to maintain his consciousness, panting with blue lips. They immediately recognized me. I looked at each in turn. They both nodded and quickly looked away. I gathered the staff and told them what we were not going to do, pulled the curtains around the bed, and held Mary Ann’s free hand.

The noises of the ER receded to a background hum. Mary Ann stroked his forehead as his breathing worsened. She gripped my hand, looking up to me from time to time.

It only took 10 minutes for Eugene to die. At the point of his last breath — we witnessed his passing — that span of seconds when we could sense his spirit leaving, almost see it happening. Joy, memories, love, grief, pain, longing for more time, relief that it was finally over, the last goodbye, filled the room.

Mary Ann was so happy, so sad, so intensely remembering all they had shared. We hugged. She thanked me and everyone on the staff.

Bittersweet doesn’t come close to the taste of that evening. Holy, sacred, the end of a life well lived and a relationship we all aspire to.

I stepped out into the full blast of the sights, smells and sounds of my next patient and the remaining 10 hours of my shift.

Eugene was the only patient I lost in the ER that year.

Dike Drummond is a family physician and provides burnout prevention and treatment services for healthcare professionals at his site, The Happy MD.