I have the pleasure of announcing an upcoming webinar on the topic of anticipatory grief with my colleague, Janet Edmunson.

What’s this grief I feel? My loved one hasn’t died yet!
by Janet Edmunson, M.Ed.

For family and professional caregivers

Webinar will be 30 minutes in length. 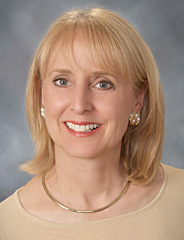 All attendees will be entered into a drawing for Janet Edmunson’s book Finding Meaning with Charles.

Webinar Description: Caregivers often face grief before their loved one dies. Professionals call that anticipatory grief. In this webinar, Janet will share her experiences with anticipatory grief along with ways to help cope with it while you continue to care for your loved one.

About Janet: Janet has over 30 years’ experience in the health promotion field. She retired in May 2007 as Director of the Prevention & Wellness for a staff of 20 at Blue Cross Blue Shield of Massachusetts. Since retirement, as President of JME Insights, she is a motivational speaker having spoken to hundreds of groups across the U.S. While working full-time, Janet took care of her husband, Charles, during the five years he fought a movement disorder with dementia. Janet wrote about her experience in her book, Finding Meaning with Charles. Janet has a Master’s degree from Georgia State University. She resides in South Portland, Maine.

Remembrance – a poem by Emily Bronte

Cold in the earth—and the deep snow piled above thee,
Far, far removed, cold in the dreary grave!
Have I forgot, my only Love, to love thee,
Severed at last by Time’s all-severing wave?

Now, when alone, do my thoughts no longer hover
Over the mountains, on that northern shore,
Resting their wings where heath and fern-leaves cover
That noble heart for ever, ever more? 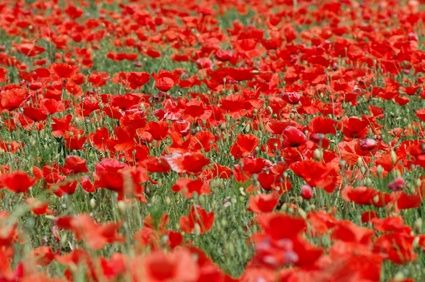 Cold in the earth, and fifteen wild Decembers
From those brown hills have melted into spring:
Faithful indeed is the spirit that remembers
After such years of change and suffering!

Sweet Love of youth, forgive if I forget thee,
While the world’s tide is bearing me along:
Sterner desires and other hopes beset me,
Hopes which obscure, but cannot do thee wrong!

But when the days of golden dreams had perished,
And even Despair was powerless to destroy,
Then did I learn how existence could be cherished,
Strengthened, and fed without the aid of joy;

Then did I check the tears of useless passion,
Weaned my young soul from yearning after thine;
Sternly denied its burning wish to hasten
Down to that tomb already more than mine.

And even yet I dare not let it languish,
Dare not indulge in Memory’s rapturous pain;
Once drinking deep of that divinest anguish,
How could I seek the empty world again?

I thought it might be time for a little variation on the Cemetery Art Project we’re doing here. Let’s take a look at death masks. 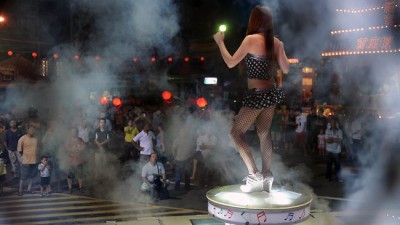 These are all so sad.

I have this great opportunity to cross post, here, a posting I made this morning on my sex advice site, Dr Dick’s Sex Advice.

Good question, LD. You say you’re feeling awkward. Why exactly? Is it because you’re out of practice with the whole dating thing? Are you concerned that people might think you’re jumping the gun, trying to get back into the game before your partner is cold in the grave? People can be pretty heartless about this. Or, is your awkwardness associated with your grief?

Grief has a profound effect on every aspect of our lives. Yet there is hardly any literature on the effects grief has on our sexuality. To my mind, grief is the leading causes of sexual dysfunction for those who have experienced the death of a partner.

Allow me a bit of time here for one of my pet spiels. Healing and helping professionals often misdiagnose grief. I want to make one thing clear, grief is not depression. Treating grief with an antidepressant is counterproductive. It can actually take away the impetus to resolve the grief and get on the rest of one’s life.

Making sure that you have processed your grief may eliminate some of your awkwardness you are currently experiencing. This is something I’m pretty familiar with. A good portion of my private practice is with sick, elder and dying people and their friends and family who survive them. I know the impact a terminal illness and dying process can have on the surviving spouse or partner. We often go into survival mode, shutting down so much of ourselves in an effort to have the strength to cope with this life-altering experience. Of course, trying to kick-start our life afterwards is often a monumental effort. Without the support and guidance of a professional or a group of similarly challenged people, some of us just sink to the lowest common denominator.

I believe in the resilience of the human spirit. I believe that we can honor our dead and continue to live and love. It sounds to me like you have a desire to get on with your life, LD, to fill the void, to make new connections, but you simply don’t know how. Acknowledging that fact is a real good place to begin.

Perhaps you could start by reawakening your sexuality through self-pleasuring. Reconnect with your body and the joy it can bring you. Reestablishing a social life will no doubt follow, slowly at first. But the inevitable tug of the need for human-to-human contact will draw you, if you let it. Remember the best testament to those who have died is to continue to celebrate life itself.

Allow me to draw your attention to my latest book, The Amateur’s Guide To Death And Dying; Enhancing The End Of Life. Actually it’s more of a workbook then a text and while its primarily target are those currently facing their mortality it’s not exclusively for them. Concerned family and friends, healing and helping professionals, lawyers, clergy, teachers, students, and those grieving a death will all benefit from participating in the interactive environment the book provides.

Of special interest to you will be Chapter 6, Don’t Stop. My good friend and colleague, Dr Cheryl Cohen Greene, joins me in presenting this chapter on sex and intimacy concerns. Like I said above, there is a dearth of information about this timely topic for sick, elder and dying people as well as those who are grieving. So I am delighted that my book helps break this deafening silence.

I hope you take the time to write back, LD. I’d very much like to keep tabs on how you are doing.