It is hard to know how much my patient, caught in an eternal childhood, understood about his cancer. 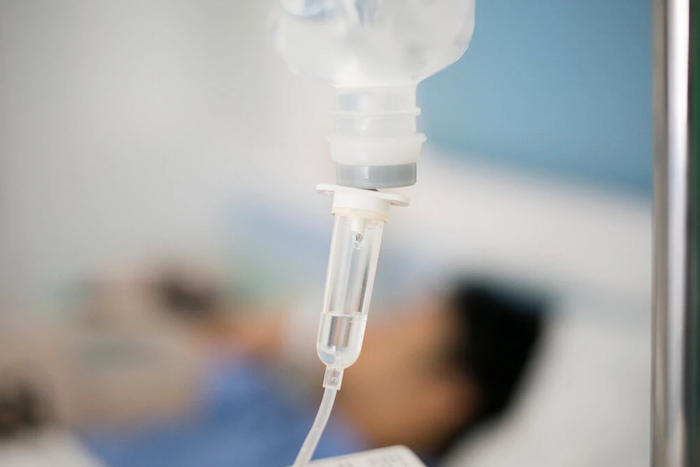 When I first met my patient, three years ago, he was about my age chronologically, but caught in an eternal childhood intellectually.

It may have been something he was born with, or an injury at birth that deprived his brain of oxygen for too long — I could never find out. But the man staring at me from the hospital bed would have been an apt playmate for my young son back home.

“How are you doing today, sir?” he asked as soon as I walked into his room. He was in his hospital gown, had thick glasses, and wore a necklace with a silver pendant around his neck. So polite. His mother, who sat by his bedside in a chair and had cared for him for almost half a century, had raised him alone, and raised him right.

We had just confirmed he had cancer and needed to start treatment urgently. I tried to assess what he understood about his diagnosis.

He smiled broadly, looking around the room. “Because I’m sick,” he answered. Of course. People go to hospitals when they’re ill.

I smiled back at him. “That’s absolutely right. Do you have any idea what sickness you have?”

Uncertainty descended over his face and he glanced quickly over to his mother.

“We were told he has leukemia,” she said. She held a pen that was poised over a lined notebook on which she had already written the word leukemia at the top of the page; I would see that notebook fill with questions and answers over the subsequent times they would visit the clinic. “What exactly is that?” she asked.

I described how leukemia arose and commandeered the factory of the bone marrow that makes the blood’s components for its own sinister purposes, devastating the blood counts, and how we would try to rein it in with chemotherapy.

“The chemotherapy kills the bad cells, but also unfortunately the good cells in the bone marrow, too, so we’ll need to support you through the treatment with red blood cell and platelet transfusions,” I told them both. I wasn’t sure how much of our conversation my patient grasped, but he recognized that his mother and I were having a serious conversation about his health and stayed respectfully quiet, even when I asked him if he had questions.

As I’ve written about previously, members of this religious group believe it is wrong to receive the blood of another human being, and that doing so violates God’s law, even if it is potentially lifesaving. We compromised on a lower-dose treatment that was less likely to necessitate supportive transfusions, but also less likely than standard chemotherapy to be effective.

“Is that OK with you?” my patient’s mother asked him. I liked how she included him in the decision-making, regardless of what he could comprehend.

“Sounds good to me!” He gave us both a wide smile.

We started the weeklong lower-dose treatment. And as luck would have it, or science, or perhaps it was divine intervention, the therapy worked, his blood counts normalized, and the leukemia evaporated.

I saw him monthly in my outpatient clinic as we continued his therapy, one week out of every month. He delighted in recounting a bus trip he took with his church, or his latest art trouvé from a flea market — necklaces with glass or metal pendants; copper bracelets; the occasional bolo tie.

“I bought three of these for five dollars,” my patient confided to me, proud of the shrewdness of his wheeling and dealing.

And each time I walked into the exam room to see him, he started our conversation by politely asking, “How’s your family doing? They doing OK?”

Over two years passed before the leukemia returned. We tried the only other therapy that might work without leveling his blood counts, this one targeting a genetic abnormality in his leukemia cells. But the leukemia raged back, shrugging off the fancy new drug as his platelets, which we couldn’t replace, continued to drop precipitously:

He was going to die. I met with my patient and his mother and, to prepare, asked them about what kind of aggressive measures they might want at the end of life. With the backdrop of Covid-19 forcing us all to wear masks, it was hard to interpret their reactions to my questions. It also added to our general sense of helplessness to stop a merciless disease.

Would he want to be placed on a breathing machine?

“What do you think?” his mother asked him. He looked hesitantly at me and at her.

“That would be OK,” he answered.

What about chest compressions for a cardiac arrest?

Again his mother deferred to him. He shrugged his shoulders, unsure.

I turned to my patient’s mother, trying to engage her to help with these decisions. “I worry that he may not realize what stage the cancer has reached, and want to avoid his being treated aggressively as he gets sicker,” I began. “Maybe we could even keep him out of the hospital entirely and allow him to stay home, when there’s little chance …” My voice trailed off.

Her eyes above her mask locked with mine and turned serious. “We’re aware. But we’re not going to deprive him of hope at the end …” This time her voice trailed off, and she swallowed hard.

I nodded and turned back to my patient. “How do you think things are going with your leukemia?”

His mask crinkled as he smiled underneath it. “I think they’re going good!”

A few days later, my patient developed a headache, along with nausea and dizziness. His mother called 911 and he was rushed to the hospital, where he was found to have an intracranial hemorrhage, a result of the low platelets. He slipped into a coma and was placed on a ventilator, and died soon afterward, alone because of the limitations on visitors to the hospital during the pandemic.

At the end, he didn’t suffer much. And as a parent, I can’t say for certain that I would have the strength to care for a dying child at home.