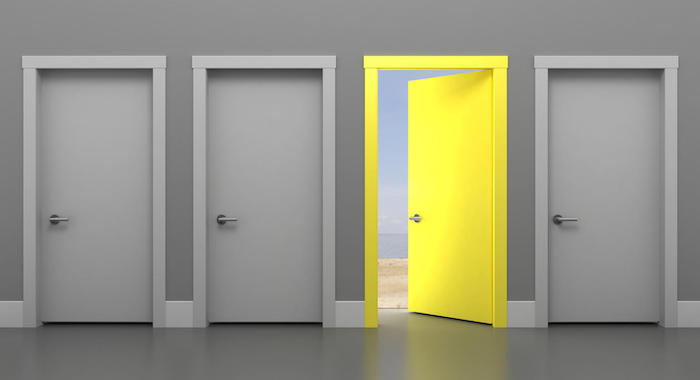 In neurology, there’s a “middle ground” between life and death that providers and patients’ family members alike struggle to navigate—but a new subspecialty could help improve communication around patients’ care, Joseph Stern, a neurologist who’s found himself on both the provider and family side of these difficult brain injuries, writes for the New York Times‘ “Well.”

Two years ago, Stern’s brother-in-law, Pat, collapsed with a brain hemorrhage from a ruptured cerebral aneurysm and was taken to UCLA Medical Center. Stern, as Pat’s legally designated health care power of attorney, gave permission for Pat to undergo a “surgical clipping of his ruptured aneurysm” and flew to California to oversee the rest of Pat’s care and communicate those care decisions with Pat’s family.

This, Stern writes, left Pat in a complicated, but all too common, “middle ground” in medicine: he’d experienced a “neurologically devastating injury without brain death.”

In these cases, Stern writes, care-related “decisions can be more difficult” for both family members and providers to know when to stop life-sustaining care. While brain death “is stark and final,” Stern writes that patients with severe neurological injuries who are not brain dead can survive on life-sustaining supports though in many cases they may never wake again.

Stern and Pat’s neurosurgeon, Gregory Lekovic, decided to give Pat a week to improve, and if he didn’t, Lekovic advised the family not pursue more aggressive measures, such as a tracheostomy and G-tube placement. “Lekovic and I worried it would be difficult to back off after those procedures had occurred,” Stern writes.

Pat didn’t neurologically improve after a week, and it was likely that he “would never regain consciousness,” Stern writes.

Stern and Pat’s family had decided to stop treatment, but on the morning they planned to do so one of the neuro-ICU specialists gave them reason to pause. “[O]ne of the neuro-ICU specialists presented a scenario in which Pat might wake up, become able to walk with assistance, and participate with his family,” Stern writes. However, “When pressed, the doctor admitted he was giving us the best possible outcome, rather than the most likely outcome,” Stern writes.

Stern and the family consulted again with Pat’s neurosurgeon, Lekovic, who said if it were his loved one, he’d “make the decision to end treatment,” Stern writes. According to Stern, Lekovic “seemed genuinely sad” saying this.

The importance of empathy and connection

“Doctors often think it is most important to be precise and not make mistakes; to predict the future with medical certainty,” Stern writes. “In my experience, connection and empathy are far more important than certainty. Patients and families want to know that you care about them and that you appreciate their pain in difficult circumstances.”

To help guide families and caregivers through this complicated medical condition, Stern notes that a new field, called neuropalliative care, has emerged. In neuropalliative care, providers “focus ‘on outcomes important to patients and families’ … ‘to guide and support patients and families through complex choices involving immense uncertainty and intensely important outcomes of mind and body.'”

Health care providers shouldn’t “focus on the short-term or allow care to be driven by procedures, losing sight of outcome and quality of life,” Stern writes. “We need to approach our patients and their families with open hearts, acknowledging their suffering and the uncertainty we all experience.”

In the case of Pat, Stern explains that his family, particularly Pat’s sons, “appreciated the truth when I explained their father’s prognosis.” Of course, the sons were “devastated at the prospect of losing him,” Stern writes, but “honesty and inclusion in decision-making were important in helping them move forward with their lives”