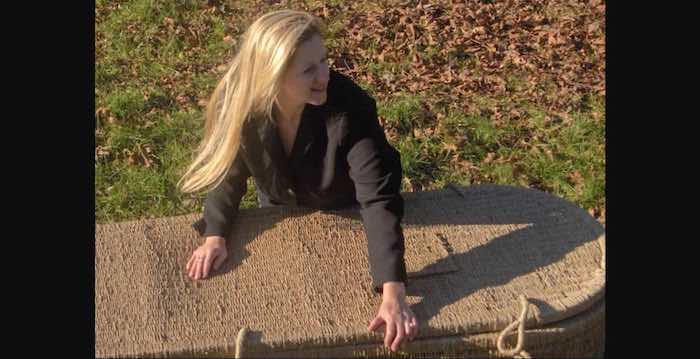 When you’re looking at Elizabeth Fournier’s funeral home from the street, it looks like any ordinary farmhouse nestled into the hills of Boring, Oregon—and even after she welcomed me through the front door, it seemed hard to believe there were two wicker caskets tucked neatly in the back room of the cozy house.

Offering woven caskets is just one of the things that makes Fournier’s mortuary business particularly remarkable. 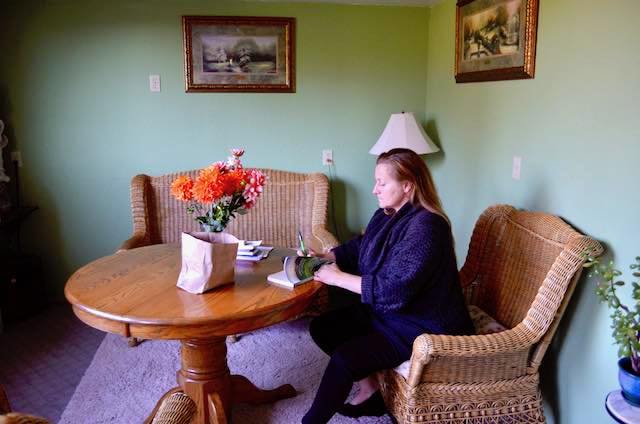 With the enormous costs of chemically-treated wood coffins, concrete burial vaults, liners, cremations, urns, cemetery space, and embalming, an average funeral in America costs about $10,000. In addition to adding a financial burden to the backs of grieving families, these burial methods are also notoriously toxic for the environment.

Fournier, on the other hand, has made a name for herself in the funeral industry by ditching toxic burial methods altogether in favor of “green funerals”.

When Good News Network first published an article on Fournier’s trailblazing mortuary career in 2016, she told me about how she created biodegradable urns out of dryer lint, flour, and water so she could give them away to poorer families who couldn’t afford traditional funeral costs.

Not only did she offer discounted services to low-income families, Fournier has also facilitated dozens of funerals for parents who lost their children – and she didn’t charge them a dime.

“As long as the mortuary board is happy with me, and I am being ethical I tend to march to my own drum,” Fournier told GNN in 2016. “If a family is truly having a hardship, I have no issue giving services away.”

Since opening Cornerstone Funeral Services 14 years ago, her passion for eco-friendly mortuary practices has earned her the nickname “The Green Reaper”, although she was quick to assure me that she wasn’t the one to coin the term—there nothing is scary about the humbling way she talks about death and grief.

Beyond her compassionate and eco-friendly business practices, the ease with which she offers her guidance, empathy, wisdom, and expertise is particularly singular. As we chatted in the Cornerstone funeral parlor, she recounted awe-inspiring tales of uplifting funerals and intimate ceremonies that she had been invited to attend after her consultations. Despite her passion for arranging more consoling memorials, she also spoke very frankly about the ones that had been so heartbreaking to facilitate. She simply said that they “just plain sucked”.

Regardless of the circumstances, she emphasized that everyone should be allowed to grieve in their own way. Fournier herself recently had to cope with the loss of her father, but she says she likes to remember him fondly by the numerous jigsaw puzzles that they did together (all of which have been lovingly glued together as a makeshift wallpaper for the Cornerstone funeral parlor bathroom.) 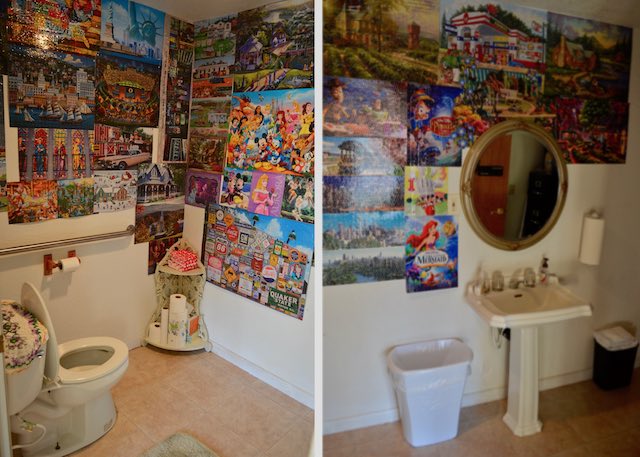 Such encouraging examples of personalized memorials are featured in her new book called “The Green Burial Guidebook: Everything You Need to Plan an Affordable, Environmentally Friendly Burial”.

The DIY manual is as fascinating and informative as it is relevant. According to a 2017 survey from the National Funeral Director’s Association, just over half of participants expressed interest in an eco-friendly funeral. Furthermore, 62% of consumers felt it was very important to communicate their funeral plans and wishes to family members prior to their own death, yet only 21% had done so.

What makes the guidebook even more relevant is a law that was passed by the Washington state legislature at the end of May. 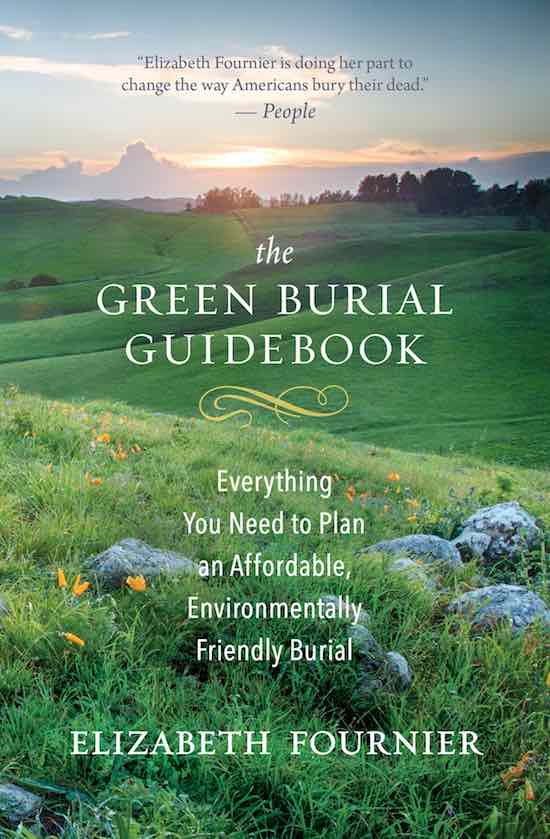 The bill, SB 5001, makes Washington the first US state to legalize human composting—also known as “liquid cremation”. Up until the law was passed with sweeping bipartisan support (80-16 in the House and 38-11 in the Senate), the only legal methods of post-mortem funerary processing were cremation and burial.

Now, however, bodies can be naturally processed into clean, odorless soil that can nourish the planet without taking up any space in crowded, pesticide-laden cemetery spaces.

“Natural organic reduction and the conversion of human remains into soil will be opening in the Seattle area in late 2020, and it’ll be the first facility in the world where this can be offered to the public,” Fournier told GNN. “It’s very exciting. Until then, there will be a large push to get the word out and to improve the sustainability, the conscientiousness and the meaning of it all.

“I believe other states are waiting to see how this program will develop before they set foot into the human composting realm,” she added, “but I think it is beautiful, regenerative and really aligned with the cycles of nature.”