By October, more than one in five U.S. adults will be able to obtain lethal prescriptions if terminally ill. But for those who try, obstacles remain. 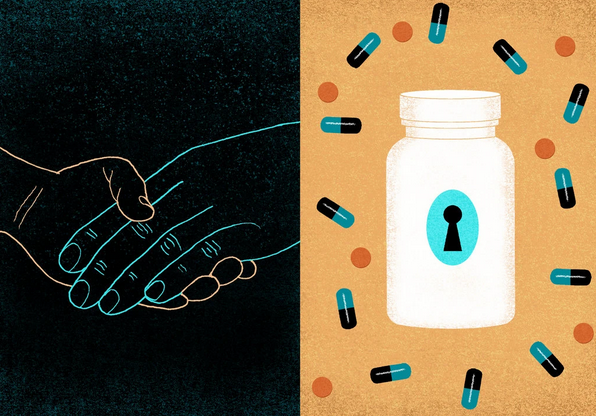 On Aug. 1, New Jersey will become the eighth state to allow doctors to prescribe lethal medication to terminally ill patients who want to end their lives. On Sept. 15, Maine will become the ninth.

So by October, 22 percent of Americans will live in places where residents with six months or less to live can, in theory, exercise some control over the time and manner of their deaths. (The others: Oregon, Washington, Vermont, Montana, California, Colorado and Hawaii, as well as the District of Columbia.)

But while the campaign for aid in dying continues to make gains, supporters are increasingly concerned about what happens after these laws are passed. Many force the dying to navigate an overly complicated process of requests and waiting periods, critics say.

And opt-out provisions — which allow doctors to decline to participate and health care systems to forbid their participation — are restricting access even in some places where aid in dying is legal.

“There are what I call deserts, where it’s difficult to find a facility that allows doctors to participate,” said Samantha Trad, the California state director of Compassion & Choices, the largest national advocacy group for aid in dying.

“We’re nearing a tipping point,” said Peg Sandeen, executive director of the Death With Dignity National Center, which oversaw the Maine campaign. “The issue, while still controversial, is less scary.”

The New Jersey bill had neared passage several times since it was introduced seven years ago, but derailed in 2014 when Chris Christie, the governor at the time, threatened a veto. Finally, legislators passed the Aid in Dying for the Terminally Ill Act this winter, and Gov. Philip D. Murphy signed it in April.

In Maine, the state legislature voted yes this spring, but supporters were unsure what the new governor, Janet Mills, would do. As in New Jersey, a Democratic governor replaced an outgoing Republican who had promised a veto.

Gov. Mills signed the law last month. “I do believe it is a right that should be protected by law — the right to make ultimate decisions,” she said.

All these laws require states to track usage and publish statistics. Their reports show that whether a state has six months or 20 years of experience, the proportion of deaths involving aid in dying (also known, to supporters’ distaste, as physician-assisted suicide) remains tiny, a fraction of a percentage point.

California, for example, in 2017 received the mandated state documents for just 632 people who’d made the necessary two verbal requests to a physician, after which 241 doctors wrote prescriptions for 577 patients. More than 269,000 California in all died that year.

With such data showing no slippery slope toward widespread use or abuse, “a lot of the hypothetical claims our opponents made no longer carry so much weight with lawmakers,” said Kim Callinan, chief executive of Compassion & Choices.

Ms. Callinan also pointed to changing attitudes within the medical community, once a well funded source of opposition. In recent years, a number of national organizations and a dozen state medical societies have instead adopted neutral stances.

“It levels the playing field a little,” she said.

Opponents, including Catholic organizations and some disability activists, still denounce these laws. In March, an aid-in-dying bill passed the Maryland House of Delegates but failed after a tie vote in the Senate. Opponents are attempting a ballot initiative to repeal Maine’s new law and pursuing a slow-moving court case to invalidate California’s.

But the persistently small number of users suggests that most Americans close to death would not personally choose to self-ingest barbiturates, even if they support legalizing that option. The low numbers may also reflect difficulty in actually using these laws.

A recent survey of 270 California hospitals, published in JAMA Internal Medicine, found that 18 months after implementation of the state’s End of Life Option Act, more than 60 percent — many of them religiously affiliated — forbade affiliated physicians to participate.

Even aid-in-dying laws long on the books are beginning to draw renewed scrutiny.

For decades, the model has been the first-in-the-nation Oregon law, which took effect in 1997. It requires a terminally ill patient to see two doctors, make two oral requests for a lethal prescription plus one in writing, and face a 15-day waiting period.

Every state law but one incorporates those elements. (In Montana, a court legalized aid in dying, so there’s no statute.)

“There’s too many roadblocks in the existing legislation,” said Ms. Callinan, whose organization has long promoted that legislation. “They’ve actually made it too difficult for patients to get through the process.”

Indeed, a study from Kaiser Permanente Southern California, a health system that supports patients who request and meet requirements for aid in dying, shows that at least a third of those who inquire about it become too ill to complete the process, or die before they can qualify.

Yet states are enacting even more supposed safeguards. Hawaii, whose law took effect in January, requires a 20-day wait; both its law and a proposed Massachusetts law add a mandated mental health consultation.

By contrast, the Oregon legislature recently approved an amendment waiving the waiting period in cases where the physician believes the patient will likely die within 15 days. Gov. Kate Brown has until Aug. 9 to sign it.

“It takes people a long time to find a first doctor, to make an appointment, to find a second doctor, to find a pharmacist,” she said. “The process itself is a waiting period,” one often exceeding 15 days.

Since rural areas face physician shortages, Compassion & Choices has also urged that nurse-practitioners and physician assistants be allowed to provide aid in dying in states where they can legally write prescriptions.

In Oregon, a veteran state legislator has taken an even more audacious step toward expanding access.

State Rep. Mitch Greenlick has introduced several bills that would permit those in the early stages of dementia and other neurodegenerative diseases to use aid in dying, securing prescriptions they could then use later as their illnesses progressed.

“You could make the request when you were cognitively able to do it,” he said.

Every existing state law bars that. Those requesting aid in dying must have mental capacity; dementia patients will have lost it by the time they’re within six months of dying. National groups emphatically oppose Mr. Greenlick’s propositions.

Yet those at heightened risk for Alzheimer’s disease, the most common form of dementia, are already well aware of aid-in-dying laws, and some would opt to use them, researchers at the University of Pennsylvania recently reported.

They interviewed 50 older adults enrolled in a drug study, most with family histories of Alzheimer’s, all found to have elevated levels of the biomarker amyloid. “We describe it as an increased but uncertain risk of developing Alzheimer’s disease,” said Emily Largent, a Penn bioethicist.

The team’s interviews revealed that about two-thirds of the group would reject aid in dying and about 15 percent had ambivalent responses. But one in five said they would pursue it if they became cognitively impaired, were suffering or burdening loved ones.

Overall, “very few understood that they wouldn’t be eligible” for lethal prescriptions under current laws if they developed dementia, Dr. Largent said.

But they were strikingly open to legal aid in dying.

“It was important to have it available,” she said. “Even if they felt they wouldn’t choose aid in dying themselves, they weren’t opposed to it for others.”