This is a truly beautiful story about two people dying. 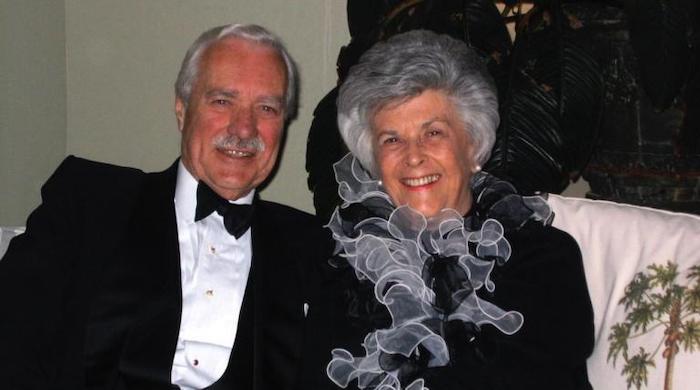 George and Shirley Brickenden, who are 95 and 94, respectively, decided they didn’t want to wait any longer for death to arrive. They’d been married for 73 years and their bodies weren’t faring so well. Shirley had a heart attack in 2016 and nearly died; she now had rheumatoid arthritis and was in constant pain. George was found passed out, unconscious, on his birthday and his heart was also failing.

Under Canadian law, both of them qualify for what’s known as physician-assisted death. They’re older than 18, Canadian citizens, mentally competent, suffering from a “serious and incurable disease, illness or disability,” and in an “‘advanced state of irreversible decline,’ with enduring and intolerable suffering.” Furthermore, there was no coercion involved. They checked off all the boxes.

And both of them decided to end their lives together, in peace, at the same time last week.

Shortly before 7 p.m., Mrs. Brickenden turned to her husband. “Are you ready?”

“Ready when you are,” he replied.

They walked into their bedroom and lay down together, holding hands. The two doctors, one for each patient, inserted intravenous lines into their arms.

Angela rubbed her mom’s feet. [Pamela] rubbed her dad’s. “They smiled, they looked at each other,” Pamela said. Then Mr. Brickenden looked at his children, standing at the end of the bed.

This is exactly why the law was passed. Forcing people to live in pain is a form of torture. The Brickendens were able to get their lives in order, say goodbye one last time to their children, and end life hand in hand with the person they love most. If you were to imagine your own perfect death, it would probably look something like that.

And yet there are many religious groups that oppose letting people make that decision because it’s thwarting God’s plan for their lives. They’re so “pro-life,” they would rather see people suffer than die on their own terms. In some cases, like when a dying patient ends up at a Catholic hospital that doesn’t allow the procedure, the result is even more cruelty.

In Canada, however, this is now a legal procedure with sensible hurdles in place to prevent people from abusing it. It was made for situations like these. There may be certain situations where the moral thing to do isn’t always obvious, but this isn’t one of them.

Their mutual obituary is really incredible:

As age and overwhelming infirmities overtook them, on a beautiful spring day, after 73 years of marriage, they toasted each other with family and good champagne, held hands and left this life gently and together, on their own terms. This was their final act of love, hoping their act will pave the way for others who are suffering. They were fully at peace with this decision and had the support of their four devoted children who have always known this was how they wanted it to be when the time came. We are all forever grateful for the compassionate assistance of Dying with Dignity. They have blessed this earth together for 73 years and it’s time for them to bless the stars.

Instead of flowers, they asked for supporters to make donations to Dying with Dignity.

In the United States, death with dignity is only legal in six states and Washington, D.C. That leaves a lot of places where people who are ready to end life are forced to prolong it against their will. That needs to change.